I'm Not the Girl You Gave Teddy Bear Pajamas To Anymore 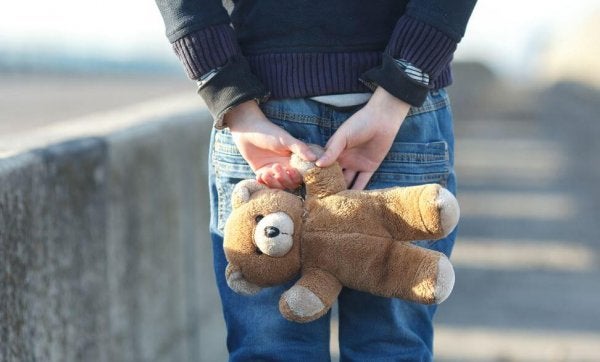 I promise that you will never touch an arm, a foot or a hand of hers. Nor will you kiss her again. Because she has run out of tears, and I have no fear left in me. I can’t imagine anything worse than the life you gave us with your toxic love. I’m not that little girl you used to lock up in a room and scream at. That girl you took your frustrations out on, frustrations which were born out of ghosts within you. Ghosts that seemed to grow with booze.

The only way for you to stop was when you ran out of strength due to the late hour. Or when you were so loud you were afraid the neighbors would figure out what was going on. Because outside our doors, you were a complete gentleman. I even heard you saying once that you were not like those men on television shows, that you washed your dirty laundry at home. But nobody knew the type of filth you were talking about. They didn’t even have a clue.

You might be my father, and that I cannot change. Although I really wish I could, because that word is too big for you. Even more than the awful teddy bear pajamas you used to give me when I was younger, and with which you attempted to silence your conscience.

At first you begged for forgiveness

In the beginning, you woke up in the morning and said you were sorry. With the sunrise, you were the one afraid of losing it all. You stopped being a werewolf and became a scared man. You cleaned up the mess, went down to the farmer’s market and made enough juice for only one damn glass. Then, you woke my mother up with a kiss and looked for the right words so she could hold on to the hope that you were going to change.

You said you loved us, wanted to change and felt bad for what you did. Prayed for forgiveness, promised you would do better, reflect on what you did, and wouldn’t do it again. Then, you clenched your fists, and the rage returned. Firmly, you clasped your palms as if the act of separating the air that you breathed would cover your words with truth. While you tried to soften my mother’s heart, you hated yourself. You went from one emotion to another, until you left not to come back until sundown.

In the first few months, my mother believed you. She rescued me from under the bed. She told me with tenderness what you had said to her with ripped and broken words. Some of them were pretend, many others were feigned. Then she would get up and have breakfast with you. She repaired the table, made more juice so there was enough for me too, touched your shoulder and called me. When I entered, you covered your face with the newspaper. Because, within my young eyes, you couldn’t find the faith and hope that was still lit up in my mother’s eyes.

You left us at the mercy of your rage

A day came when there was no more juice, in which mom stopped believing in you. A day when she no longer picked me up from the floor, but cried when you left slamming the door. Another day came when you decided that it was no longer worth it to go on with the show. It was just wasted energy. So, at night you came with anger and in the morning you left alone with more anger. There were no more pajamas for me, because the furniture of the house is not covered differently during the day than during the night.

Instead of pajamas, you started gifting me a hit once in a while. You though I was mature enough to teach me with your fists what life was. You never understood I was still a child, and you were stealing my childhood little by little each day.

I remember many hits, but I specially remember the first one in which I touched my face and saw blood. At that moment, I became aware that my destiny was bonded with the destiny of the table and chairs. Soon, I was going to need repairs myself: band aids, casts, ways to conceal my wounds. Awkward questions in school and more beatings because of my bad grades. Also, less friends because of the days spent locked inside my house.

One night, mom decided we were going to sleep at one of her friends’ house. It was the night of the first complaint. It was not my mother who made the complaint, but her friend. Because you trashed her house when you went looking for us. That night you made the great effort of repeating the words from the beginning. You repeated them with a whiny and hoarse voice. You spent the night in jail. They let you go the next day. Mom spent the whole night crying. Her tears turned the strength required to file a complaint against you into wet paper. Police officers came to the house in the morning, and she shut the door in their faces.

You came back with your head down, but within a few days you forgot the hours spent in jail. I don’t want to know what the next step is anymore. I am so tired of reading the newspapers and watching television. You think they exaggerate looking for morbid stories to sell when you are seeing it from the outside. But when you are living it, you realize they fall short. Because of that, I want you to take this letter with you, when they put the handcuffs on you today.

A letter in which I ask you to never come back here again. If there is a pinch of love within you, if there is any humanity left in you, don’t come back. During all of these years, I have been a stranger to you. Now, it’s me who tells you that you don’t know what I am capable of in order to keep her safe. It is what I want the most, understand that.

With the truth, with love, with all the courage I have accumulated over these past years. With the same blood you spilled that day with your first hit. I promise you that you will never again touch an arm, a foot or a hand of hers. Nor will you kiss her again.

Signed: The little girl you never fooled with your teddy bear pajamas.

Link copied!
Interesting Articles
Psychology
An Excess of Love Can Destroy You

Psychology
7 Signs That Things Aren't Going Well in Your Mind

In reality we can't talk about a "normal" versus an "abnormal" mind. If you think about it, what at one time…

Psychology
Life Is Too Short To Live Someone Else's Plans

They say life is short, it passes in one breath and when we realize it, we are living more than the…

Psychology
The Psychological Impact of Inequality

Inequality is very common nowadays, although some people experience more and others experience less. This inequality applies to both money…