Indifference and Neglect: How to Hurt a Child 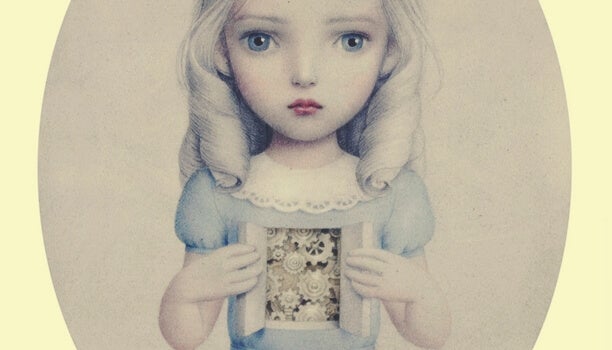 Childhood is when we build the foundations we’ll construct our life on. What a child needs is love, acceptance and care.

Unfortunately, sometimes their environment doesn’t accept these simple demands and so their foundation of life is undermined by very deep cracks.

There are many life experiences that a child may not be able to understand. They have neither the intellectual skills nor the emotional tools to do it. Indifference or rejection produces deep suffering. They leave extremely deep wounds that are hard to heal.

“Love is for a child like the the sun for flowers; bread is not enough: a child needs caresses to be good and to be strong.

Many people don’t even clearly remember the emotions they experienced during childhood. They may feel that they have a problematic adult life, but can’t find the origin of their issues.

The explanation could lie in a childhood marked by indifference in the people they loved the most. Next we’ll talk about five signs one would see in a person ignored as a child.

Insensitivity is a trait engraved on your personality if you’ve been ignored as a child. It is, one way or another, a response to indifference. In childhood, this leads to a feeling of abandonment and devaluation.

In adults, insensitivity is expressed as apathy. It may be directed at other people, or life in general. There is no enthusiasm, no passion for anything.

This is because from an early age the person learned to inhibit their emotions because the environment didn’t value them.

2. Rejecting help from others

During childhood we all need a lot from those around us. Support, guidance and consolation is so necessary. If the child lacks this support, they learn not to expect anything from others. As a result, they may become “independent at any cost”.

They become a person who doesn’t trust what others can give them. They will try to do everything alone. They protect themselves from emotional experiences they don’t want to go through again.

Why? They don’t want to need someone and then be disappointed. Sometimes the opposite also happens: the person asks for help for everything, even for things they can do by themselves.

The feeling that something is missing is very strong in people who were victims of a cold indifference in their childhood. There was a spot for their loved ones that remained unfilled. That’s why they have a hole in their heart.

This feeling of emptiness becomes their norm. Nothing is good enough, nothing will be enough. Nothing “fills” them. No person, either.

Sometimes the sense that something is missing is manifested in constant criticism, directed at themselves and everything around them.

The lack of love and attention during a person’s childhood affects the way one perceives oneself. Without even realizing it, they’ll think that nothing they do is valuable enough to be appreciated. They may become excessively judgmental and unbearable.

In the adult stage it’s common that the neglected child may become an extreme perfectionist. Their rigidity is a response to the unconscious suspicion that they’re not doing enough. In the end, they’re still the child who wants to be appreciated.

When a child feels ignored, they feel worthless. They feel insignificant. Like their life doesn’t matter to anyone and, therefore, they unconsciously conclude that “there is something wrong” with them. It’s a feeling of inadequacy.

A childhood characterized by indifference may result in hypersensitivity to criticism from others. Any sign of disapproval is interpreted as a threat.

All they can hear is “there’s something wrong with you”, just like they heard as a child. It can be enormously painful.

From a neurological and psychological point of view, childhood is a very critical time. It doesn’t mean that bad experiences in that stage are irreparable.

However, they do leave marks that sometimes remain for a lifetime. A person can free themselves from the burden, but they’ll have to work hard for it and probably get professional help.

I Deserve to Be Loved, Respected, and Valued
Read more »
Link copied! Next
Interesting Articles
Psychology
The Pain of Separation: Togetherness as a Fundamental Right

Rollo May is a very interesting figure in psychology. Even though people usually link him to humanistic psychology and even…