If Love Cuts Your Wings, It's Dependence Not Love 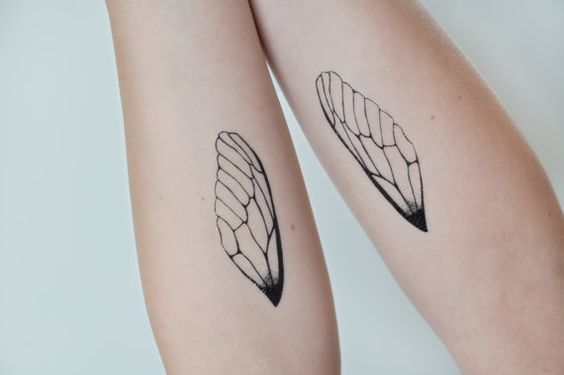 “I can’t live without you” is a phrase that we encounter all the time in songs, poems or everyday conversations, not to mention on the radio and television with their dramas and romances. In general, we do not notice that this is a strong declaration of dependence not love.

There is also talk of your “half orange,” of “being nothing without you” or of “being with you til the end of the world.” The harsh reality of it is, however, that behind similar and perhaps innocent signs of commitment represented in words, there may be something else. Perhaps there is an enemy lurking: dependence.

He told her that love was a feeling against nature, which condemned two strangers to a petty and unhealthy dependency. The more ephemeral, the more intense.

As we see, it is society itself that repeats these messages, to the tune of romance, and that feeds this emotional dependence. Precisely in those messages, love loses its meaning and becomes a silent struggle that, little by little, ends up destroying the relationship. It never leads to something good.

Do we know when we move from love to dependency? It is difficult to tell, especially because pride and the fear of being alone are responsible for putting on a bandage that covers reality. But there is an infallible aspect that is a sure warning signal: if you suffer in your relationship, but you cannot leave it, it is possible it has become a dependency.

A need to control and be controlled: dependency symptom

They live attached to their phones to see when their partner connects. And if he or she does but does not immediately greet them, they begin to feel doubt, fear and anger. Meanwhile, he or she cannot tend to you because he or she is in the middle of a meeting, class, etc. There is also the possibility that they did not want to chat at that time, which is not an indication that they love you any less.

Many relationships have ended or faced terrible problems for this reason. Knowing where they are, what they do or what they think or don’t think about you is a clear sign of emotional dependence. Social networks become spaces for misunderstandings. The light that announces their presence on Facebook or Whatsapp becomes an accusatory finger.

Likewise, feeling that you are not important to the other person is another sign. “What’s wrong with you? Why do you not even feel jealous anymore? Do you not care who I’m with?” Apparently he or she sins by omission. Instead of being taken as an opportunity to grow together, love shows one of its worst faces and exposes insecurity.

We feel like we have to save the relationship at all costs. It is like clinging to the last board that floats in the sea after a shipwreck. It does not matter that the pain multiplies. The only thing that counts is to not allow the person to move away for any reason, sending us adrift.

We no longer eat and we do not sleep. Our defenses are lowered and we get sick. At that time, we use manipulation. They are to blame for the misfortune. If he or she leaves, there is no point in fighting: “I need you by my side because I am nothing without you.”

The partner feels pressured and even guilty about this situation. Although they don’t feel love anymore, they stay anyway. They don’t want to burden their whole lives with responsibility if serious harm comes to the other person. They would not forgive themselves. They cannot talk about love anymore. Although the relationship is maintained, it has now become a source of pain.

What can I do if I suffer from dependency?

Like everything in life, the first step is to recognize that you are facing a problem. Accept that only a commitment that, perhaps, we maintain by habit or fear is what remains from that formerly wonderful relationship. You have to face reality with determination and courage

It is common to begin to idealize the other person. This is typical in the early stages of falling in love and sometimes it is not overcome. That’s why it is very difficult to establish new relationships, because we are dedicated to comparing all men or women who approach us to our previous partner. Dependence carries with it a rejection of everything that is not idealized.

Speaking directly and without detours is crucial. It is not about imposing our point of view or falling into manipulation. The best thing is to be honest, to tell the truth and to free the other person from a love that no longer gives life, but rather poison.

Breaking up with a person we still want inevitably creates turmoil. It is a feeling similar to what we harbor when a loved one dies. First we refuse to accept that the person will no longer be by our side. Immediately, we sink into a sadness for those memories that torment us. After suffering, we assimilate the loss: something clicks inside us and we are ready to start over.

Are You Emotionally Dependent?
12 Questions to Ask Yourself About Your Emotional Dependence Has there ever been a time when you asked yourself if you were truly in love? Has this question Read more »

Sexuality is ones of the aspects of life which conditions and enriches it the most. Throughout history it has been suppressed, punished, liberated, criticized and even manipulated. Sexuality in the modern…

Psychology
5 Habits To Be Nicer To Others

There are many people who are convinced they do not have to be nice. Surely at one point you've said the…

Psychology
How to Stop Obsessive Thoughts

Psychology
How Do You Generate Social Expectations? How Do They Affect You?

You interact with many people every day. Some are familiar while others are strangers. You have a concept of each…