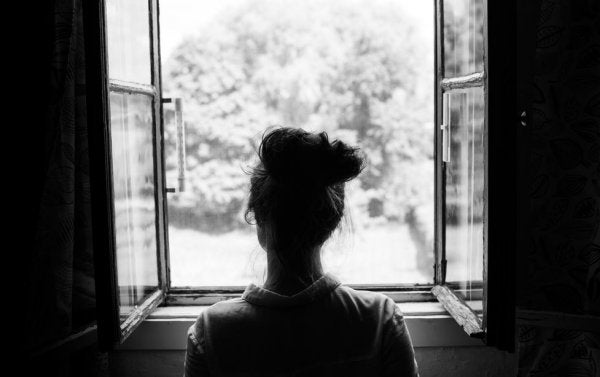 Saito is a 20 year-old middle-class boy who has spent years locked in his room by choice. He spends most of the day sleeping and spends the night watching television or playing video games. His only friends are virtual…they never go beyond the computer screen.

Saito does not allow anyone to enter his room. His mother leaves him food in front of his bedroom door everyday, with a deference that leaves her with a profound sadness. His parents live with embarrassment and a great sense of guilt thinking that have failed in educating their child well, so they try to hide in the community of neighbors.

His room is his world where he sleeps, eats, urinates and defecates. Saito is beginning to accumulate garbage and neglect his appearance … but nobody wants to or can do anything. His parents don’t even know how to face the problem.

Saito’s story is fiction, but it’s based on many real-life cases of the Hikikomori, a term coined in 1986 meaning “isolated from society.” Most Hikikomori are Japanese teenagers and young adults, mostly boys and firstborns, because in Japan there is more increased pressure exerted on men than on women.

It is a social phenomenon that seems to be a reaction to the overwhelming strictness and pressure of being a young person in Japanese society.

Unfortunately the phenomenon is spreading and in Spain there are about 165 cases recorded according to the first European study conducted at the Institute of Neuropsychiatry and Addictions of the Hospital del Mar in Barcelona.

Japan has one of the best educational systems in the world, the best companies and a more than outstanding economy. The problem is that from the time a Japanese child enters kindergarten the competition begins. They even have to pass a test to get in because the school system and job prospects are extremely demanding.

Many youth become paralyzed by the pressure, so afraid of failure that the only way out is to seek refuge in their room, where nothing and no one can hurt or demand anything of them. Unfortunately a large percentage of cases end in suicide, although some recover and end up reentering society.

In Japan, this continues to be a very sensitive problem, hidden from the public eye. That’s why more than a decade ago, a retired teacher, Futagami Noki, who had students with this problem in the 90s, decided to create an NGO called “New Start” to help such children.

New Start houses youth in shared apartments and throughout the week, they participate in activities offered by the center. They have a cafe, bakery, farm, day center for the elderly, nursing school and even a newsroom for publication in a local newspaper. Once they recover, they enter the professional reinsertion program; New Start has agreements with various companies who provide work opportunities to these young people.

In some cases the Hikikomori voluntarily enter New Start, but often parents seek out help for their children. The hard work begins when the children are sent letters asking them to leave their room and go to New Start; letters that many never answer. As a last resort, “brothers and sisters” go to their homes  to try to convince them.

Indeed it is a very difficult problem as one of the employees of the NGO, Ayako Ogury, says “Sometimes we may visit them for more than a year before they leave the room…if they leave.”

“The Hikikomori are a powerful message to Japanese society,” said Dr. Hisako Watanabe. “Their mere existence will have to force the change.”

Link copied!
Interesting Articles
Culture
Is Monogamy More of an Ideal Than a Reality?

Culture
The Relationship between Mental Health and Financial Stress

It's normal to fall apart sometimes. In fact, there are so many situations in the daily life of an individual…