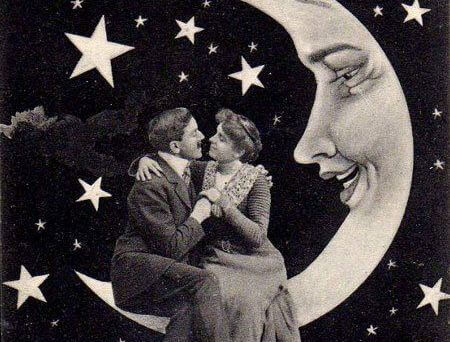 “Choose your partner very carefully, 90% of your happiness or sadness will depend on the decision. But after you’ve made your careful choice the work has still just begun.”

As for romantic relationships, problems may arise and be maintained for a lot of different reasons. Here we’re going to focus on myths about relationships. These are ideas that our society and culture say are true but rather than helping, they end up making them more complicated.

7 myths that negatively affect your relationship

These myths are widespread in our society. We assume they’re true and almost never question them. But the price we pay could end up being extremely high if we accept them as absolute truths.

Couples should do everything together

This is the myth of the perfect — but imaginary– relationship. If couples did everything together, they’d stop being individuals and would lose their own identity. It’s true that you have to be able to count on the other person, but not depend entirely on them. Because if they fall, we’ll go down with them.

It’s important to make decisions together, but not all decisions should be shared. This is where the myth of romantic love takes over. When we believe myths about relationships like this one, we’re assuming that infatuation will last forever. But if you feel obligated to tell them absolutely everything, you’ll feel overwhelmed and like your identity is being threatened.

“We’re more concerned with the pleasure of infatuation than the peace of a stable partnership. What’s important isn’t how much they love you, but how they love you.”
-Walter Riso-

Having a child will fix everything

A child does strengthen relationships — if they’re already good and healthy. But having a child makes things worse when a couple doesn’t work well together. Becoming a parent means big changes for both halves of the couple. The changes won’t happen well if the relationship is not strong to begin with.

Before taking on the responsibility of having a child it’s a good idea to make sure the relationship is solid, as well as flexible. It’s also an absolute must to have open channels of communication. Children need parents to agree on and enforce the rules of the house.

Flexibility in gender roles is a generally positive thing in relationships. But forcing a rigid 50/50 split will usually lead to big problems in your daily coexistence.

Conventions that might seem unequal may actually create more balance and harmony. Otherwise you might end up arguing over how many times you’ve each cooked or done the laundry.

A relationship will make all your dreams come true

Out of all the myths about relationships floating around out there, this one is a biggie. Think about what a huge burden it is for one human being to have to fulfill all your dreams and needs.

It’s a sign of naive love and emotional immaturity. People in a relationship like this love because they need. They have an enormous lack of affection and it seeps into their decision-making.

But emotionally mature people are ok whether they’re in a relationship or not. They’re the ones deciding. They decide to live with the other person because they love them, not because they need them.

“Never above you. Never below you. Always beside you.”

If they love me, they will be able to read my mind

There are couples that think it means less when their significant other gives them something if they had to ask for it first. So in addition to not enjoying what they get and creating tension, they also look down on what may be a genuine gesture of love.

This myth also has massive, very negative consequences in the realm of sexuality. Why? Because you expect them to know what you like. But the fact is that if you never tell them, they won’t know!

“Sometimes we mix up wanting to be alone with the need to be with the right person.”
-Francesc Miralles-

An unhappy couple is better than a broken home

There are few situations as painful and destructive as staying in a loveless relationship only out of fear, blame, or obligation. Staying in a relationship “for the kids” makes both parents responsible, if not at fault.

The best thing for the well-being of both the children and the couple, if the relationship just won’t work, is an amicable separation. The children should have the feeling that they’re not losing their parents. Even separated, two people can still be good parents.

It’s true that some differences can be good for a rewarding, stimulating relationship. But happy couples usually have at least a few fundamental similarities. It’s easy to see how the relationship won’t be satisfying if there are a lot of differences that outweigh the similarities, and if the differences are extreme.

If one person likes talking and sharing their feelings and the other person doesn’t act that way at all or thinks it’s not the best way to solve problems, it’s obvious that they’ll have communication issues.

If one is extroverted and sociable but the other is introverted, there will be conflicts. The same thing will happen if one is passionate and the other is cold. Or if one person likes to spend money and the other person is very frugal. Opposites may attract, but they might not be easy to live with.

Get Better Relationships by Learning How to Express Yourself
Studies support the idea that negative feelings left unspoken can make us sick. Keeping silent because we're afraid what others might think is never good. Read more »
Link copied!
Interesting Articles
Psychology
Wernicke's Area and Language Comprehension

Language comprehension is the human ability to process and understand written and spoken language. This ability has been significant over the…

Psychology
Children Sleeping with Parents: Is It Healthy?

Sleeping is one of the most pleasurable physiological experiences that a human being can have. Besides the pleasure that a…