I’d Really Love To Not Think About You 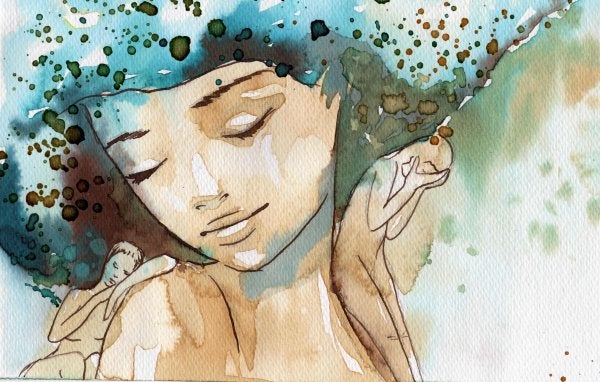 I sit in this bar and ask myself how much I would be willing to pay to forget. I don’t care about clothes, I would even sell them and walk around naked. I can’t be colder than what I already feel and the frost wouldn’t hurt me any more than pain that’s in the space between my glass and my lips.

It burns hotter than pure alcohol and I savor the deceitful hope of the pangs, like drops falling on a rock. I imagine two worlds separated by an enormous precipice. You’re on one and not on the other, and I have this sensation that I can’t live on either.

It’s not the first time I’ve been in love. I’m telling you so you don’t come running to tell me it’ll blow over. I’m aware; I know the road pretty well, thanks.

I met him in a bar like this. He was behind the bar and I was trying to find an end to my novel. He thought I was drowning my sorrows and I played the part.

In this role, I kept all of my fears hidden, but all they did was escape somewhere I didn’t know. Now I’m sitting in another bar, with my heart in a thousand pieces.

I’m like an ugly truth, someone you’d put last in line and would only show after you’re completely out of ideas to avoid it. To avoid getting to that point where everything explodes in your face and you realize that there’s no turning back.

Even though I haven’t seen every type of glue, I’ve reached the conclusion that there isn’t one that can heal the pain of your last fall. Dry, deaf, and even apparently innocent. It’s at that point where love turns in to a bubble that you can’t touch, but you can’t stop looking at it either, until it explodes in the worst of silences.

In the meantime, you get to try and figure out a way to tell everyone that the person you would have died for yesterday isn’t the same today, and you can’t be with them because it’s not your role to fill. That’s how it is, and reality sets in little by little, like waves rolling on to the beach as the tide gets higher and higher, and you have the whole night to think it through.

Without having looked at the clock, I suddently have a feeling that it’s getting late, and that the waiter that’s cleaning up that last of the tables isn’t going to be the inspiration for my next life.

However, I’m overcome by a terrible laziness. To walk home constantly watching my back, open the gate, take off my clothes and try to keep warm alone imposes a daily monotony in my world that overwhelms me.

I pay with all of today’s change and walk outside. It’s freezing and slipping is easy. I see a lion drawn on a lit up sign and I wonder what would happen if I were to face one this very moment. Then I remember I’m invisible and there’s nothing it could do to hurt me, anyway.

A little voice in my head calls me a liar. The tears start drawing streaks on my cheeks. Just like that, as I interrupt the silence on the street with the sound of my steps and I feel how a piece of my heart starts to fear the lion.

At the same time, I realize that life still has a lot of things to take from me, and I also reach the conclusion that some of them are worth living for.

As sleep begins to invade my body, I start to think about who will be featured in my next novel…

Who hasn't felt mistreated at least once in their lives? And who hasn't held grudges because of it? Maybe a friend did…

Wellness
The Best Is Yet to Come

It's not hard to imagine why certain popular proverbs have become so popular, such as "the past was always better." This saying, opposite of "the best is yet to come," originated…

Healthy Habits
Strategies to Stay in Control Under Pressure

All of us have a void in our hearts, an unexplored region where we withdraw in our minds but where…