Hypatia of Alexandria: Science and Religion

Hypatia of Alexandria was a revolutionary who firmly believed in science and who ended up being murdered in the most brutal way. Read all about her here! 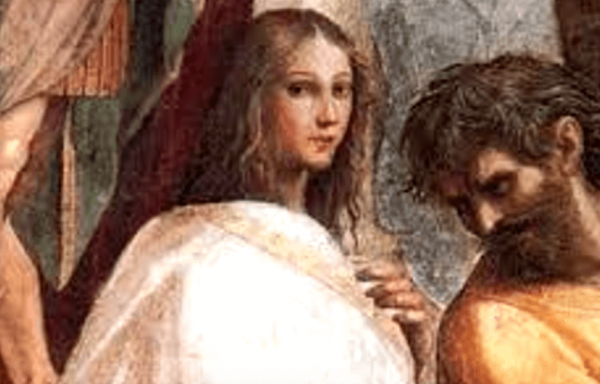 Hypatia of Alexandria was the first philosopher, mathematician, and physicist. She was born in Egypt at the end of the 4th century AD. She was teacher and head of the Neoplatonic school of Alexandria at the beginning of the 5th century. Hypatia was very knowledgeable in subjects such as geometry and logic. That being said, she led an ascetic life as established by the Neoplatonic precepts.

As mentioned above, she was a teacher and educator of a top-quality school for aristocrats, Christians, and pagans, who ended up taking high positions in the Alexandrian society. This is how she became an influential figure in society, something that made others feel envious.

Among her scientific achievements are those primitive astrolabes that served to determine the status of the stars in the celestial vault. Besides that, she invented the hydrometer, an instrument used to determine the relative density of liquids without the need for complex mathematical calculations.

Christians and Pagans: Science and Religion

Alexandria was the nuclear headquarters of a bloody civil war between Christians and pagans. Now, Patriarch Theophilus was the maximum representative of Christianity at the time. He intended to end any non-Christian religious worship (paganism in any of its forms). On the other hand, the intellectual elite supported the defenders of the pagan temple. Every single philosopher who defended paganism left Alexandria to save their lives.

However, Hypatia of Alexandria thought philosophy, science, and mathematics had nothing to do with political-religious disputes. Because of that, she continued to teach as if all this internal war had nothing to do with her. In fact, not one person had bothered her until then, perhaps due to the fact that she always kept a neutral position on the matter.

Now, when the implacable Cyril came into the picture, there was a significant increase in the level of persecution against everything and everyone that wasn’t Christian. This time, Hypatia couldn’t stay out of the disputes. Instead, she chose to be on Orestes’ side, an imperial delegate whose duty was firmness and state order. After all, Hypatia felt that everything traditional somehow represented her, given that in the Greek Aristotelian polis religion was only a part of politics and not the other way around. Her idea was that politics and citizen welfare should always come before religious authority.

Until then, Hypatia had been teaching classes to the Alexandrian elite where pagans and Christians met. She’d been living proof that Christianity was compatible with other philosophical and religious ideas. There are sources that speak of people from all sectors and classes admiring her. Well, almost everyone, since there was an irreducible Christian sect full of religious fanatics who didn’t want her it in their city. Additionally, it’s important to note that her influence reached the lower strata as well, just not as strong as religion.

The Pagan and Witch Hypatia of Alexandria

Christians would call Hypatia of Alexandria a pagan. It wasn’t difficult to spread rumors about her ‘witchcraft condition’. To the illiterate, mathematical signs seemed like invocations to the devil. On top of that, they’d also mix astronomy with astrology. Suddenly, Hypatia of Alexandria had become a witch of the dark arts.

One day, in March of the year 415, Hypatia returned home in her carriage during Lent. All of a sudden, a crowd attacked her, took her out of the carriage, and took her to the church of Caesareum of Alexandria. That’s where Hypatia was skinned alive with pieces of pottery ripped from the walls. After this, they burned her remains in a bonfire.

This murder was clearly religious, political, and philosophical; philosophical because Hypatia always defended dialogue and reason against fanatical faith. Political because she believed that religion should obey politics. And lastly, religious because Hypatia of Alexandria is perhaps the most painful representation of the cultural battle between paganism and Christianity.

Science and Religion – Results of an Absurd Debate
The conflict between science and religion is typical, classic, and also wrong. People take the debate between science and religion to such an extreme that you have to choose one and hate the other. You see all sorts of absurd reasoning on social media. Read more »
Link copied!
Interesting Articles
Cinema, Television, and Psychology
4 Movies That Can Help You Through a Crisis of Self-Love

Sexually transmitted diseases (STDs) are already an epidemic in our society. Medical institutions warn us that diagnoses of gonorrhea and…

Fernando "Nando" Seler Parrado's story is quite amazing. He was only 23 when he experienced something that completely changed his…