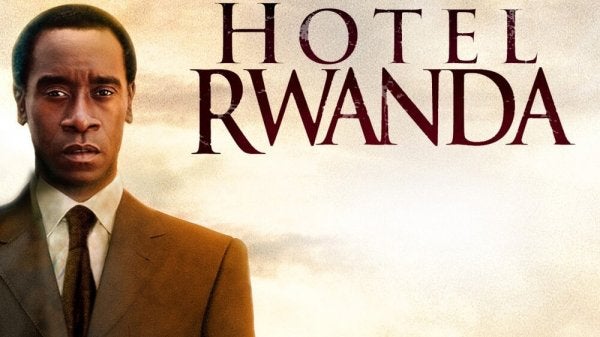 Movies have an enormous value as an art form, but this value is multiplied when there are important messages enclosed in the undertone of the films. Oftentimes we say that a movie is good or bad based on how it transmits a message and raises awareness. However, in the spectators’ eyes, the message remains attached to the way they stage it. That’s why today we are going to recommend a set of movies that raise awareness. Films that sink into us for their way of telling us a story, above all about their background. So, while you watch them they will leave behind a taste of learning and reasons for reflection.

In a certain way and in the last couple of years there has been an orphan cinephile population. Movies, which were supposed to be realistic, had been transformed into a way of reflecting the vanity of the director. In a way, it showed the transgression that had been associated to the truly vulgar.

Inspired by plays like those of Passolini, some people tried to portray violence by forgetting that art always sustains some type of idea. Or, at the very least, attempts to transmit something meaningful which appeals to our dormant perceptions.

The case of “4 months, 3 weeks and 2 days” is radically the opposite, since Cristian Mungiu doesn’t have the intention of making the movie part of his portrait. He shows us such a pure reality that it makes no one happy. Sometimes reality never reaches valid or hopeful conclusions. It doesn’t have the lightest intention of making art, and that’s how the best movies are made.

Each spectator is unique

What is, simply is. The interpretation is what changes in the subsequent analysis of the spectator. Therefore, you’ll see a movie that is said to be “ugly”, very disturbing but not at all pretentious. It is not made for those who are against abortion, those who are pro-choice, women who do it without giving it its due importance or for those who believe it to be a difficult moment which they will struggle to handle emotionally. It’s not made for anyone, and at the same time it is made for everyone.

The director passes through absolutely every single moral standing. Therefore, he gives us reality and we are meant to interpret it. It might seem like an extreme, foreign, repellent, rare, badly focused case, or one with details which are unnecessarily tough.

It doesn’t matter what you think, because regardless of our positions, we will gain awareness. My conclusion was: how many “baby doctors” do we vote in and praise? Everyone elaborates their own, the new wave of Romanian cinema is much more than just “movies”. It needs the spectator to also “participate”.

Nobody really knows just how deep colonization can penetrate, or its harmful effects, within a region. Violent colonization perpetrates the very bones of the country being “taken” in order to unravel it to the point that it will never return to its original reality.

The civil war in Rwanda is remembered as an armed conflict. One which degenerated into an authentic genocide of the Tutsis by the Hutus. The movie reflects the end of the extremely long confrontation in which the European colonization, by way of Germany and then Belgium, had an important role in aggravating the conflict between these two groups in a irreversible way.

The Belgians supported the use of an ethnic card in 1934 which gave the Tutsis a higher social level and better jobs in the whole administration. In some way, with this instrument, they marked some social differences which had previously not existed, or existed in a much more diffuse manner.

Both groups started seeing each other as authentic “demons”. The tortures and vexations used became extremely cruel. They were protected by the idea that these human beings were different. Something similar to what happened in Nazi Germany with the Jews.

The Hutu’s hatred towards everything Tutsi was thus consolidated and promoted by the Belgian colonization. This invites us to reflect upon how all illegal takeovers of territories have serious side effects. These effects always play out over the original population of the country. Thus, the reparation by international parties is an obligation in all of these cases.

Imagine that one day you wake up and cannot love someone how you truly feel that you do. This love will never alter other people’s lives. On the contrary, if you actually live and express it freely, intensely, it’ll open doors. These doors will lead you to new and more liberal realities.

It would be a good exercise for your imagination. In many places in the world, this is already a reality, despite conventions and individual opinions. In other places, this love could cause the repudiation of an entire society, exclusion or even being condemned to death. The reason? Loving another person with the same external genitals.

In this Ang Lee film, we hold proof that love can excite and move people. It is longed for when it is true, regardless of who feels it. The hatred towards it is based on ignorance, which in many cases comes from a lack of tolerance.

In order to eradicate this deficiency, we need to join the fight. The endless fight against those who believe they have the right to judge the preferences of others. The consequence of ignoring this type of attitude is the unnecessary suffering of people who simply want to love.

This is the case of the woman portrayed by Michelle Williams. She’s betrayed by a husband who had no other choice than to walk the socially accepted path. Yet, he had amputated feelings.

This is simply a list of three movies which ask us questions. Questions that don’t have a simple answer, because they allude clashing forces and feelings. You, as a citizen of this planet Earth, will have to choose your own opinion.