How to Take Initiative and Make Things Happen

Those who know how to take the initiative change their world and don't expect others to do so for them. In the end, every person realizes how critical it is to dare to chase their dreams and do things for themselves. 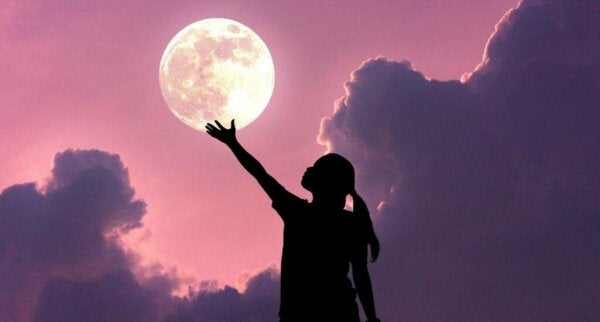 Knowing how to take the initiative is, for example, daring to ask the person you like on a date. It’s also being able to break the existing mold and make your own. It could also be being proactive and activating a social skill full of enthusiasm, intuition, creativity, and willingness to anticipate things and get out of any difficulty.

Who wouldn’t want to have this kind of life? In fact, is there a person who’s never heard they lack initiative? Thus, and almost without realizing it, this word becomes a longing. A push you wish to integrate into your personality and behavior to get what you want.

One can define this dimension in many ways (virtue, social ability, etc.) but there’s always something that’s quite evident. Some people have initiative and some don’t. The reason why some lack it usually lies in personal insecurity and fear. Many fear failure and being exposed. It’s quite scary for others to know you’re not infallible.

However, one thing is clear: there’s no difference between staying where you are and failing. You’re still in the same place, in the same territory where nothing happens, where you don’t advance socially, emotionally, or professionally. Thus, if you really want to improve your reality and achieve what you have in your mind and heart, then you must go for it. In other words, you need to take the initiative.

How to take the initiative and achieve what you want

You may have experienced that feeling at some point during your life. The feeling of wanting to do something and not knowing how or simply not daring to. It may be asking your boss for a raise, asking that special someone out, or making a change in your life and starting a new project. Taking the initiative requires more than courage.

Above all, it means having the disposition and a plan of action. This is because, beyond what you may believe, people with initiative seldom improvise, they plan. No doubt something like this requires fine-tuning your cognitive, emotional, and behavioral processes. Continue reading to learn some strategies that might allow you to take the initiative.

“They always say time changes things, but you actually have to change them yourself.”

Tune your emotions toward your goal

Some emotions are disruptive. Taking the initiative often brings about two specific emotions: fear and shame. Most people fear failure and exposure. This is why you must recognize them as your worst enemies and proceed to deactivate and reorient them.

How? By establishing a dialogue with yourself to remind you of what you deserve. It must be clear that fear and shame disable you, turn off your potential, and distort your identity. Instead, there’s an exceptional emotion that always facilitates initiative: enthusiasm.

Plan, observe, and seize the day

Taking the initiative isn’t synonymous with jumping into a pool on the count of three. This is because the pool could be empty and you’ll make a mistake you should’ve foreseen.

The responsibility in each process is yours when it comes to creating the present and shaping the future you want. However, this doesn’t mean you can’t count on the help and advice of an expert.

Surely there’s someone who can do their part to facilitate a step in your environment.

In addition, you may know someone who’s gone through the same thing and can advise you. Keep an open mind, listen to opinions, and take into account other perspectives in order to make a decision you’ll create by combining all the possible data.

People with initiative don’t improvise and don’t risk everything at the same time. In other words, don’t suddenly jump in front of that person you like and tell them how you feel. You must begin to be near them on a daily basis and take the time to seduce them.

The same is true in any context. You can’t ask your boss for a raise if you haven’t shown them your worth first. Neither can you make a radical change in your life if you don’t shut some doors and open others. The key is to progressively inject every situation with wit and charisma, showing yourself and your worth in every context.

There’ll be times when you’ll have to take a step back but it’s okay to do so as it means learning something you didn’t know. It’ll help you calibrate new options and see everything from a different perspective as you gain momentum.

In essence, taking the initiative isn’t only about courage. It’s about knowing how to plan, being patient, and managing your emotions well. All so you’re full courage and enthusiasm. Acting on impulse isn’t useful when it comes to taking the initiative. What’s useful is to act reflexively and with intelligence.

Finally, everyone can train themselves to take the initiative to get the life they want.

Never Expect Others to Take the Initiative
Read more »
Link copied!
Interesting Articles
Personal Development
Personal Responsibility: When You're the Stone in Your Own Shoe

Children have many natural abilities that never cease to amaze adults, including the fact that they have an unbiased view…