How to Succeed in a Discussion, According to Gandhi 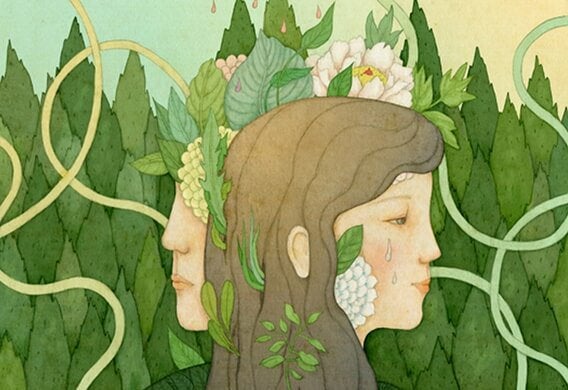 The life of Mahatma Gandhi is full of stories about confrontations and wisdom. In fact, this man went down in history for being the first person to propose the idea of a “war” without violence.

For example, it’s said that he once sat down to eat next to a professor at the University of London. The professor asked him to go away because “birds and pigs cannot eat together”. Gandhi stood up and said to him “Do not worry professor, I will just fly away.”

“The goal of an argument, or of a discussion, should not be victory, but progress.”
-Joseph Joubert-

Gandhi almost always got his way in discussions. But he did it with so much intelligence and grace that in the end he provided his opponent something.

Rather than winning the discussion, the important thing for him was to take a lesson out of the situation. So, what do you say? Let’s look at what Gandhi had to say about succeeding in any discussion.

Have a solid understanding of the problem and perspectives

For Gandhi, it is best to look at a problem from all directions, including your opponent’s. With this idea, he destroyed the monopoly of the English textile industry. Then, he appeared in each of the affected factories to apologize for the layoffs he had caused.

He was also known for thoroughly studying every topic. Gandhi was not content with having a superficial vision of the world. He read, delved deep, and looked for more information.

All of this helped him create an informed, solid opinion on any matter. That is the key to succeed in any debate.

Train your physical strength and patience

Patience, on the other hand, is training of the mind. Gandhi used to say that a wall must be built brick by brick. And that each piece has its own moment to settle in.

Patience is a characteristic trait of strong minds. Not giving in to one’s impulses is the key to success, especially when it comes to a confrontation.

Empathize with the other person and get involved with their emotions

Gandhi proclaimed ideas with universal appeal. In his ideas and his struggle, all of humanity was there. His doctrine did focus on his own people first, but it was inspired by universal values.

This leader gave emotions a great deal of importance. His speech was not purely ideological. He really tried to understand the position of his opponents. and he also considered what they could be feeling.

That is why hundreds of thousands of people in the world followed and admired him, even if they didn’t share his cause. Winning a confrontation does not necessarily imply nullifying the other person.

Speak in simple language and be transparent when you talk

Something that characterizes great leaders is the simplicity of their speech. They don’t speak to be admired but to be understood. And the best way to promote understanding is to use simple language that anyone can understand.

This would be populism, if behind it there were hidden interests. But if these simple words do not disguise hidden truths, they just reach common people’s hearts.

Authentic speech has great power of conviction. It commands respect. A verbal argument is won like this: deep arguments said in a simple way and without lies.

Gandhi made an effort to obtain his own salt and make his own clothing and daily things. He turned self-sufficiency into a way of building freedom.

He knew the bonds of dependency are not born in big deeds, but in small ones. Having this in mind, he attacked the root of the disease.

It took 55 years for this great leader to achieve the independence of India, his greatest dream. He did it in his own way: without having to use violence.

He went through thousands of difficulties before he succeeded. These difficulties were of all kinds, even conflicts with himself.

But deep down he knew perseverance is the key to opening any door. Plus, the ability to persist allows us to move towards triumph.

Gandhi’s lessons are priceless. His triumph was a triumph of the spirit, and that is why it marked a before and after. The greatest of all his precepts was to confront a person without trying to destroy the other person. That way there’s never defeat, since it’s a safe way for everyone to win, even if it’s not what they would like.

The Letter from Gandhi to Hitler
It seems really surprising that Gandhi could have written a letter to Hitler with a greeting like “Dear friend” Read more »
Link copied!
Interesting Articles
Culture
Fasting: A Spiritual Practice

Culture
The Theory of the Ripple Effect

Maybe you're one of those people who doesn't support injustice but thinks you can't do anything about it. If so,…