How to Plan Out Alternate Futures

You can't possibly know what the future will be like. Nevertheless, you can speculate on different alternate futures. Want to learn how? 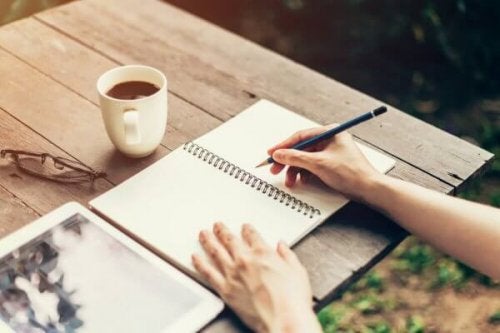 The future is, by definition, uncertain. In other words, you can’t know what the future holds. In many cases, it’s a world of infinite possibilities. These alternate futures, told by different sources, might be more or less realistic. In other words, they can be based on evidence from the present and the past. On the other hand, they might have no foundation other than pure fantasy.

When deciding what future to believe in, you could say that basing your decision on evidence from the present is best. Consequently, we’re going to explain three ways to create alternate future in this article. These futures might help you create literary stories or strategic analyses. What they have in common is that they’re based on evidence that the present provides for you.

The creation of alternate futures can be useful to you. It might help you reduce uncertainty and manage risk. Alternate futures determine different forms in which a situation can evolve. This could help people make decisions or reduce risks. It can also help you determine what steps you need to take to achieve a given goal.

You have to realize that scenarios of alternate futures don’t predict the future itself. Nevertheless, they can help you envision possible futures. People use this technique when there are considerable uncertainties about what’s going to happen. Experts don’t recommend people to use these techniques when there’s a very low level of uncertainty.

On the other end of the spectrum, they say they’re not appropriate for when a situation is too chaotic to predict the future to any certainty. These techniques are useful due to how they get you to think. They force you to think about factors and futures you wouldn’t have considered otherwise.

The simple scenarios technique is the easiest. First, you have to clearly define your object of analysis. It could be anything from the whole world’s future to that of a continent or even that of a small town. Once you’ve identified the objective, it’s time to choose the forces, factors, or events related to it. In the case of the future of a country, for example, the economy or the political system can be important. Likewise, a revolution could be an important factor with a clear influence on the future.

Once you’ve selected your object and determined all the factors, you create four scenarios for the future. One has things remaining just as they are now. In the other one, everything gets worse. The third one has everything going better and the final one is completely different from all the others.

After that, you have to create a table with the scenarios on one side and the factors on the other. From there, you can assign neutral, positive, or negative values to each factor. That will depend on how those factors would turn out in each of the scenarios. Finally, after eliminating the factors that have the same value in all of the scenarios, you can start to write your future. In order to do that, you have to take each factor and their values into account. These are going to be the biggest contributors to shaping that future.

“That man is prudent who neither hopes nor fears anything from the uncertain events of the future.”

When analyzing alternate futures, you have to start as you would with simple scenarios. Define the object and seek the most important forces, factors, and/or events. At this point, you have to place a value on each factor until you only have the two you consider to be the most important for the future. These two factors will represent two lines you’re going to draw in the form of a cross. They’ll define the four quadrants. In other words, the four future alternatives.

The positive factors will go on one side of the line, with the negatives on the other. Thus, one of the quadrants is going to have all the positive factors. Another one is going to have all the negatives. In the rest of them, one is going to be negative and the other positive. Consequently, you’re going to create your alternate futures based on how the two factors you chose are going to develop – positively or negatively – while taking each of the possible combinations into account.

Finally, the creation of multiple scenarios is similar to the analysis of alternate futures. The difference lies in the fact that instead of choosing two factors, you have to choose three. In the same way, you must group the factors in groups of two. This way, you’ll create a total of twelve alternate futures.

These strategies might seem simplistic to you. Even so, they’re extremely effective. The biggest difficulty lies in finding out what driving forces or events are the most important. Once you’ve selected them, all you have to do is let your imagination fly. That way, you’ll be able to discover a future where these factors change. For example, one of the most popular recent television shows has been The Man in the High Castle. This show places an event as a driving force. This event is the death of President Franklin D. Roosevelt. Now, the only thing you have to do is decide what present event could drastically change the future.

The Difference Between Fantasy and Desire
Fantasy allows us to construct parallel worlds, impossible creatures, and magnificent stories like the ones we see in movies. Read more »
Link copied!
Interesting Articles
Organisational Psychology
Occupational Burnout Will Be an Official Syndrome

Holacracy is an organizational system characterized by horizontal authority figures and decision-making processes. In other words, it disregards the hierarchical…