Geopolitics: How the World Works 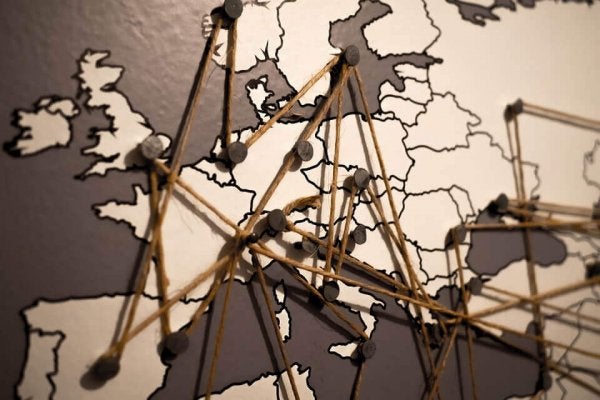 Bars have a few different functions. One of them is to make our world a better place. Hasn’t a coffee or beer ever solved one of your problems? Sometimes, people propose solutions in bars that are better than the ones the government puts into place. Although our informal solutions may seem better than reality, we have to be realistic and talk about geopolitics.

Geopolitics is a science that studies the effects of geography, both human and physical, on international politics and international relations. It’s a method of studying foreign policy with the purpose of understanding, explaining, and predicting international political behavior through geographical variables. If you want to be the most admired person in these debates, or at least, the one that best states their ideas, keep reading this article.

We can highlight four pillars of geopolitics. These condition different countries’ political performance. In fact, every country’s behavior should conform to these pillars. The first pillar is that all countries want to achieve and maintain power. The second is that the most important thing for any country is to maintain territorial unity. Therefore, countries will defend their borders. Finally, countries need connections with other countries that are reliable and long-lasting.

Geopolitics: getting and maintaining power

Any country’s main goal is to survive. Its imperative to get and maintain an adequate level of power. In this instance, having power is having the ability to influence another country. It’s getting another country to do what you want even if it hurts the other country or if it’s something they don’t want to do. Although military power is the most common type of power, it’s not the only type that countries rely on. There’s also soft power, composed of culture, education, business, innovation, etc. This type of power can influence other countries.

Reaching a position of power doesn’t necessarily mean being the most powerful country. That’s far from a possibility for most countries. Therefore, it’s enough to be more powerful than the countries with who you compete. To achieve this, the country can carry out internal actions, such as increasing economic or military capacity. It can also strengthen or eliminate alliances with other countries.

Some of the strategies that countries commonly use to increase power are:

Other problems arrive once we achieve the first goal. Not only do we want to have power, but we want to keep it. Therefore, countries seek to maintain their territorial unity. No country is going to want internal revolts. These only harm their image and how other countries see them, which weakens their power. A clear example is Spain and Catalonia. The separatist movements are a threat to Spain’s survival.

To survive, countries must protect their borders. Borders between countries can pose a threat when the neighboring country is an enemy. The borders between Spain and Morocco, located in the cities of Ceuta and Melilla, have been the site of several disputes. Spain’s goal is to maintain good relations with Morocco. The opposite could pose a threat, since Morocco could leave the border open to thousands of people.

Finally, in order to increase power, another imperative action is to ensure external connections. Maintaining relationships is necessary for all countries’ survival. Countries must supplement goods that their homeland lacks and sell goods in order to improve their economy. Good business relationships can increase a country’s power. Based on these four pillars, we can interpret how a country fares with their international relations. If we also take geography, the graphic representation of the land and borders between countries, into account, we’re talking about geopolitics.

Can Mental Illnesses be Inherited?
Many people wonder if mental illnesses can be inherited, especially if they have family who suffer from a mental disorder. Learn more in this article. Read more »
Link copied!
Interesting Articles
Stories and Reflections
Seven Quotes about Death to Make You Love Life

Culture
Do You Know How the Sea Affects Our Brain?

Can you imagine how the sea affects our brain? This immense blue water that covers almost 80% of the planet is…