How to Help Someone with Hypochondria

What's hypochondria? What causes it? What can you do to help someone who has it? In today's article, we'll try to answer some of these questions. 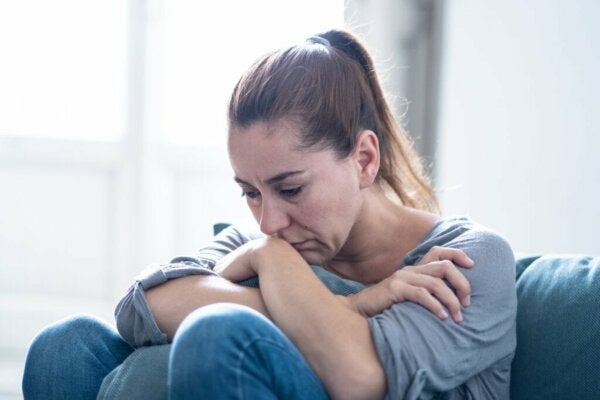 It isn’t easy to help someone with hypochondria. Exposing yourself to the worrying symptoms of people with this disorder can cause a lot of frustration, especially when it’s a member of your family. This is especially true when the resources available to you to help the individual are limited. In addition, hypochondriacs often feel a lack of emotional validation about their complaints, which often leads them to prefer isolation and solitude.

Independently of whether the illness is potentially real or not, people with hypochondria do experience the symptoms they’re complaining about. In other words, they’re not faking it. While medical examinations might rule out the existence of a physical illness, hypochondriac patients tend to ask for more tests and exams to confirm their suspicions to others.

Hypochondria is characterized by excessive worry about one’s health and possible causes of illness. The key emotional component is a fear that’s specifically with health. An individual with hypochondria attributes nearly all of the signals from their body as signs of a potentially serious illness that threatens their well-being or even their life.

Another key component to hypochondria is repetitive self-explorations related to physical symptoms and the changes they trigger in the body. For example, moles, weight, injuries, and types of pain. They try to use these observations to show that their illness is real.

Hypochondria on the Internet: collecting illnesses

What comes up on a search engine when you type “headache?” Reading about certain symptoms on the Internet gives hypochondriacs tools, or what they think are tools, for self-diagnosis. Once they think they know what they have, they look for more information but only pay attention to the things that confirm what they already believe. They ignore everything else. We call this confirmation bias.

Internet search engines are a double-edged sword in terms of feeding fears about your health. It’s great that this information is available to everyone. However, if the information is incorrectly interpreted and managed, it’ll only generate a lot of anxiety. It can also make the intervention more difficult because the Internet provides “evidence” to a person with hypochondriasis and convinces them that their issues are real. They don’t believe that it’s only the result of their anxiety.

How to help someone with hypochondria

We’ve all been hypochondriacs at one point or another, to varying degrees. It’s somewhat of a running joke now that, if you Google any symptom you’re having, you’ll end up thinking you have cancer. However, true hypochondriacs, however, aren’t easily dissuaded. Even the opinion of a medical professional isn’t enough to convince them that nothing’s wrong. The individual is so convinced that they have a serious illness that negative test results and medical opinions do nothing to calm their anxiety.

That being said, some strategies can help a person with hypochondria.

This is one of the most important points. People with hypochondria often find themselves unable to talk about their symptoms and fears.

Consequently, validating their experience means putting yourself in the other person’s shoes. You have to try to understand how they might feel under the circumstances. Try to see things through their eyes and understand the world from their perspective. It isn0t easy, and if you aren’t intentional about it you’ll end up doing the opposite. The following phrases, while often true, won’t help decrease a hypochondriac’s anxiety:

Keep some distance from the cycle of complaints

In other words, don’t get involved in the patient’s complaints. People with hypochondria often seek reassurance from those around them. They need to hear other people tell them that they’re going to be fine or that their imaginary illness has a good prognosis.

The relief that this provides, however, is very short-lived. It won’t be long before they come to you again for reassurance, and you end up in a dangerous cycle.

One way to help someone with hypochondria is to help them find activities that they enjoy and are incompatible with the self-exploration.

Physical exercise can actually be a stressor at first because it might trigger “symptoms” that add to all the “evidence” they’re collecting about their illness and fears.

However, after they do some kind of exercise that’s appropriate for their physical condition, a feeling of well-being predominates. That makes it harder for them to focus on their complaints.

Encourage them to get help

If you know someone with hypochondria, they may need more help than you can give them. If you’re trying to deal with it all on your own, you might run out of patience and energy pretty quickly. We don’t recommend letting things get to this point. Instead, encourage your loved one to seek professional psychological help as soon as possible. If you haven’t done it yet and you’re feeling burnt out, don’t wait any longer!

My Fear of Illness Is Killing Me
Everyone has a fear of illness. It's one of the most universal fears, related to the fear of death or the fear of madness. Read more about it here! Read more »

Link copied!
Interesting Articles
Psychology
When Your Priorities Are Clear, Decisions Are Easy to Make

When you’re clear on what your priorities are, it’s becomes much easier to make decisions. It’s like pushing away the…

The celebrated playwright and British novelist Oscar Wilde affirmed the following quote. "The best way to make children good is…

Psychology
Is There Such a Thing as Positive Jealousy?

Jealousy is a part of our human condition. There are millions of references to it and it has always been considered…