Aside from being one of the most important proponents of psychoanalysis during the 20th century, Franz Alexander helped lay the foundations for psychosomatic medicine. 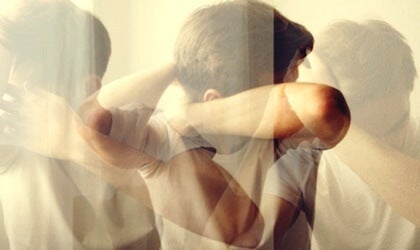 Alexander’s prestige was so great that even Raymond de Saussure himself went to get psychoanalyzed by him. Another personage who sought out his aid was one of Sigmund Freud and Marianne Kris’ children. Nevertheless, Franz Alexander became truly famous when he moved to the United States. There, he achieved considerable fame.

“It is paradoxical but nonetheless true that the nearer man comes to his goal to make his life easy and abundant, the more he undermines the foundations of a meaningful existence.”

Alexander was a diligent student of classical psychoanalysis. Even so, throughout his career, he came to leave his own mark on that field. In fact, his work was a substantial departure from many of Freud’s central concepts. His contributions to psychotherapy and psychiatry still remain in effect.

Franz Alexander and his beginnings

Franz Alexander was born in Hungary on January 22, 1891. He studied at the University of Budapest and received his medical degree at the age of 22. Afterward, he soon went on to complete his training at the University of Göttingen and the Physiological Institute of Cambridge in the United Kingdom. During World War I, he served as a bacteriologist for the Austro-Hungarian Empire.

He later went on to work at the neuropsychiatric clinic attached to the University of Budapest. There, he became profoundly interested in Freud’s work. In 1920, he moved to Germany. In Berlin, he became the first student at the Institute of Psychoanalysis. Hanns Sachs analyzed him there and, sometime later, he became a psychoanalyst. Afterward, he worked as a psychoanalysis professor at the same institute.

He published his work The Psychoanalysis of the Total Personality: The Application of Freud’s Theory of the Ego to the Neuroses at that time. This is what brought him to Freud’s attention. Approximately in the year 1930, Robert Hutchins invited him to come work as a professor at the University of Chicago in the United States. Alexander accepted and, a little after, he founded the Chicago Psychoanalytic Institute. He ended up being its director for 25 years.

With Alexander’s presence, the University of Chicago became the first educational center in the United States to start research in the field of psychosomatic medicine. During the next few years, Alexander wrote a treatise on psychosomatic medicine. He also wrote others on psychoanalysis itself and psychotherapy. During the first World Congress of Psychiatry, held in 1959 in Paris, he presided over the portions dealing with these very topics.

Franz Alexander wasn’t the first person to apply psychoanalysis to medicine. Nevertheless, he became one of the greatest proponents of psychosomatic medicine. Freudian principles inspired his work in this field. He became renowned for his research on gastroduodenal ulcers. He managed to demonstrate that this affliction originated in a lack of parental warmth during infancy.

The discovery of this important subconscious influence on physical health also led him to change the method and duration of the analytic process. On the other hand, he was able to clarify the difference between conversion disorders and psychosomatic illnesses. Experts hadn’t yet defined them very well up until that point.

The second generation of psychoanalysis

Experts consider Franz Alexander one of the most distinguished proponents of what they call “the second generation of psychoanalysis”. He made use of a good amount of Sándor Ferenczi’s contributions. Many of his points of view gained exposure in a work that was already being considered a classic: Psychoanalytic Therapy: Principles and Application. This work has directed multiple generations of psychoanalysts.

Alexander also introduced the concept of “corrective emotional experience”. This was a reform to the attention model typical of psychoanalysis. It’s based on four basic actions:

Franz Alexander argued for “short-term psychotherapy”, otherwise known as brief psychotherapy. That was a great rift between his beliefs and those of classical psychoanalysis. He also applied his theories to criminology, sociology, aesthetics, and politics. Alexander died in Palm Springs, California in 1964. Throughout his life, he was a prolific writer and a researcher that left his mark on psychology.

Biography of Jean Laplanche: From Philosophy to Psychoanalysis
Jean Laplanche created the most precise and complete dictionary of psychoanalysis in history. Also, he translated a good part of Freud's work into French. Read more »