How to Act When Your Child is Afraid

What should you do when a child is scared? Keep reading to find out! 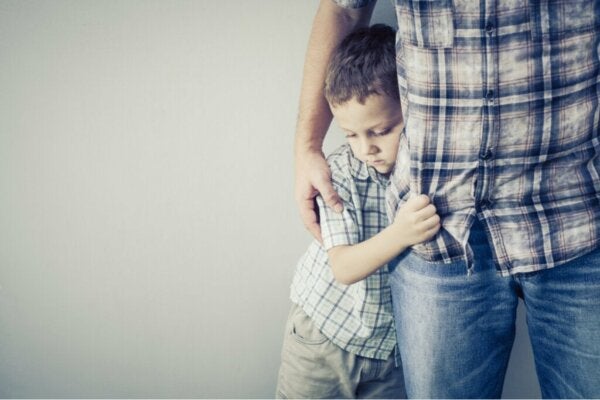 Imagine you’re watching a fantasy movie with your child that’s rated for all ages. A few minutes in, a strange character in the movie scares your child. What should you do? How should you act when your child is afraid?

Now, imagine that, no matter how well you explain to your child that what they’re seeing isn’t real, they’re still scared. What should you do next? You can always stop the movie but remember that their fears probably won’t go away. They’ll stick around in their brain, either implicitly or explicitly.

Children are scared of all kinds of things. Those fears usually come up at night, when everything is dark. Many kids are scared of sleeping by themselves, for example. There’s also stranger danger, fear of being out in public, etc. The list goes on, and every child is different.

“Each of us must confront our own fears, must come face to face with them. How we handle our fears will determine where we go with the rest of our lives. To experience adventure or to be limited by the fear of it.”

What to do when a child is afraid

Childhood fears are normal and common. Thus, it’s important for the child to feel supported. That way, they’ll trust themselves more and will be able to face their fears. Consequently, the work of parents, teachers, caregivers, mentors, and relatives is very important.

It’s important not to scare children on purpose. Avoid telling children about the boogie man, for example. “If you don’t ____, the boogie man will get you” is a terrible strategy for getting children to do something. Make sure the child understands that characters in stories, movies, and TV series aren’t real. Emphasize that someone invented them, meaning that they don’t exist in real life.

Remember to be empathetic. There’s no way to make children see the world through your adult perspective. You have to empathize with their problems, not minimize them. Most importantly, make sure not to ridicule them or laugh at them. After all, what might seem funny to you can seem terrifying to a child.

When a child is scared, you have to make them feel safe. Don’t ignore their fears or lie to them. Sincerity and honesty will help your child calm down. As much as possible, use the truth so the child will see that the thing they’re scared of isn’t as terrible as it seems.

Don’t force them to do things that scare them

If a child is scared, exposing them to the thing they’re scared of isn’t the best solution. In fact, it might have the opposite effect and scare them even more. Therefore, don’t make them watch something they don’t want to watch, pet a dog they don’t want to pet, get on a roller coaster, or listen to a scary story.

Don’t transfer your fears to them

Adults have their own fears and it’s really important that they don’t transfer them to children. If you think you might not be able to help it (screaming when you see a spider, for example), you’ll need to figure out a coping strategy. Try to face your own fears so the children in your life won’t have to deal with them as well.

Children are often afraid of things that seem ridiculous to an adult. It’s easy to slip into name-calling. “Don’t be a coward” or “Don’t be a baby” are very common phrases. This is bad behavior because it’ll make the child feel less safe and misunderstood.

It isn’t a good idea to leave a child to deal with their fears alone. Sitting by themselves in a dark room might just increase their anxiety and perpetuate their fear.

While it’s important to be empathetic, you should also avoid making too big of a deal of the things they’re scared of. They need to know that you understand, but exaggerating could make the child believe that the danger is even worse than they initially thought.

Last, but certainly not least, never ignore a scared child. Be as understanding as possible and find the most logical way to explain the situation and help them cope. You can judge the reality of the thing they’re scared of but not their fear itself. Most of the time, it’s a perfectly reasonable reaction, considering how they see the world.

How you should act

Here are some ideas that might help you put the previous points into practice:

These strategies can help you respond appropriately when a child is afraid. Remember that it’s best to talk to a specialist if their fears intensify or prolong over time.

The Most Common Fears in Children
It's normal for fears to be present in children, after all, fear is an emotion that could help them be cautious. But you can help your child feel safe. Read more »

Link copied!
Interesting Articles
Psychology
What Is a Coach and How Do They Differ From a Psychologist?

Psychology
The 3 Taoist Qualities of Water that We Should Learn

"Be water, my friend," said Bruce Lee in a famous quote. "Now, water can flow or it can crash." In…