How Sulpiride Is Used to Treat Vertigo

Sulpiride, also marketed as Dogmatil, is a drug that doctors commonly prescribe for the treatment of vertigo. However, they also use it as an antipsychotic psychopharmaceutical. Learn more about it in this article! 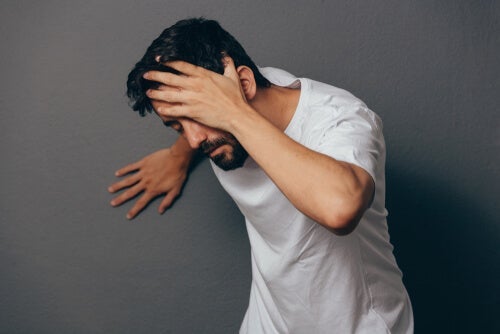 Sulpiride is an antipsychotic or neuroleptic drug. It has a benzodiazepine structure and is classified as a specific dopamine receptor antagonist. In turn, dopamine is a vital neurotransmitter in our nervous system because it regulates many of our bodies’ responses.

It’s especially important regarding motor functions, as it helps to regulate body movements. It also acts in emotional responses and sensations, as well as in cognition and behavior, among other areas.

High levels of dopamine are associated with mental illnesses such as schizophrenia and psychosis. For this reason, many of the antipsychotic drugs are antidopaminergic and block the effects of this neurotransmitter.

Doctors have shown sulpiride to be a highly effective drug in a number of psychological disorders. It’s effective in psychosomatic syndromes, senile dementia, gastrointestinal somatizations, and vertigo, among others.

The therapeutic indications listed in this drug’s printed information are the following:

As we’ve seen, sulpiride is an antipsychotic drug but it isn’t only used in mental disorders; it’s also useful in neurological diseases. In the case of vertigo, this drug has also proven to be effective.

Vertigo affects approximately 23% of the general population, and many people go see their doctor due to this condition. Generally, its prevalence tends to increase with age.

It’s a hallucinatory sensation of movement produced by an alteration of spatial orientation. Its origin is usually in the structures of the inner ear. Alternatively, it can originate in the vestibular pathway of the central nervous system.

Sulpiride acts as a specific antagonist of dopamine D2 and D3 receptors. Its effect depends mainly on the dose administered, which a physician should always prescribe and control.

As for its antivertiginous action, sulpiride blocks D2 receptors in the chemoreceptor trigger area and, thus, inhibits vomiting. It also acts on the regulatory mechanisms of balance and sense of spatial orientation.

It exerts a potent vestibular suppressive effect and is especially useful in the symptomatic treatment of the nausea and vomiting that may accompany vertigo and motion sickness. Patients usually take it orally, but, in severe cases, doctors can also administer it intramuscularly.

The most common side effects of sulpiride treatment are:

It’s important to notify the doctor of any adverse reactions experienced during treatment. Therefore, to avoid interactions, its administration shouldn’t be combined with antiparkinsonian or antiarrhythmic drugs.

Likewise, in order to avoid unwanted effects, the patient should always respect the dosage and duration of treatment indicated by the specialist.

In case of an overdose, there’s no specific antidote for sulpiride. Treatment would be symptomatic, especially the monitoring of cardiac functions. In case of extrapyramidal symptoms, specialists should administer anticholinergic drugs.

Vertigo: A Form of Escape
Vertigo is a symptom presented by a growing number of people each day. It's defined as feeling a loss of balance and/or the perception that everything is Read more »
Link copied!
Interesting Articles
Brain
The Neanderthal Brain (Homo Neanderthalensis)

Today's article is about the Neanderthal brain. Homo neanderthalensis is an extinct human species that populated the Earth at the…

The most interesting part of many neuroscience cases is that they often lead to previously unknown knowledge about the brain.…

Astrocytes, a type of brain cell, are the main components of a group of glial cells. Previously undervalued, today we…