How Does Stress Affect Women? 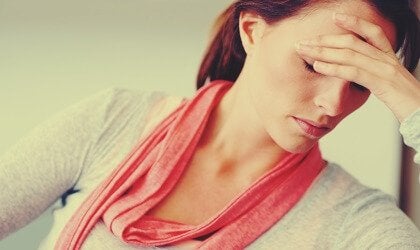 Stress, like any other anxiety disorder, doesn’t discriminate between men and women, poor or rich, young or old. However, what we do know is that stress affects women and men differently. The emotional responses are different, as well as the physical, cognitive, hormonal, and metabolic symptoms.

In recent years, we’ve witnessed an increasing awareness of some illnesses that, although it may sound strange, have different symptoms between genders. For example, signs of conditions such as myocarditis tend to appear differently in women than in men. This led many women to think that they had digestive issues or just typical shortness of breath due to an anxiety episode.

With stress it’s almost the same. We all can suffer from it but each gender seems to experience it in a different way. In fact, studies like the one carried out by the University of Cambridge point out that 4 out of 100 people suffer from some type of stress (acute or chronic). In addition, anxiety disorders are more common in women. However, on average women tend to handle those states better than men.

Women are more susceptible to these conditions and, moreover, they experience a wider variety of symptoms. But on average, they come out of those situations more easily, whereas men are more likely to get chronic stress and be more reluctant to seek help.

“Stress suppresses immune resistance, at least temporarily, presumably in a conservation of energy that puts a priority on the more immediate emergency, which is more pressing for survival.”

How does stress affect women? How does it affect men?

The American Psychological Association (APA) tends to conduct annual surveys to study the impact of stress on the population. In 2010, they published a study where there was a correlation between gender and stress. The results were significant and revealing. They showed an often invisible but recurring reality.

These data make us reflect on the impact of stress on our lives:

There’s an interesting fact we should take into account when it comes to how stress affects women. Although they tend to be more vulnerable to it, they react fast and have valuable resources to deal with it. They look for support, recognize stress, and like to communicate. Men, on the contrary, handle it more privately.

This attitude of not accepting what’s happening and not seeking help makes work stress one of the main causes of premature death among men. A study by the British Heart Foundation suggests so.

We already know that stress affects men and women differently because of two specific factors. First, there’s cortisol. Women are more sensitive to this glucocorticoid that is released in the body as a response to stress. Then, there’s also the reaction aspect. Women notice the symptoms earlier and try to actively manage them.

As we mentioned before, they experience a wide range of symptoms associated with stress, such as:

Beyond how stress affects women and men, what’s important is to learn to recognize it. Understanding this process and its severe health implications should encourage us to make changes in our lives and seek professional help.

Don’t leave today’s worries for tomorrow. Don’t neglect the pressure in your chest.

The 3 Most Dangerous Effects of Work-Related Stress
Work-related stress is a very common problem in modern day society. Most peoplen don't know the negative effects this type of stress has on the body. Read more »
Link copied!
Interesting Articles
Culture
Gestures: The Ultimate Demonstration of Love

Female ejaculation, or the "squirt", is a topic of considerable controversy in the world of sexual health. In fact, since…

Maybe upon seeing the girl in the image above (Tess Munster, a model that weighs 120 kilos), you may have…