Hearing voices and seeing things is common in patients with somatic hallucinations, as they experience abnormal bodily sensations and physical experiences. 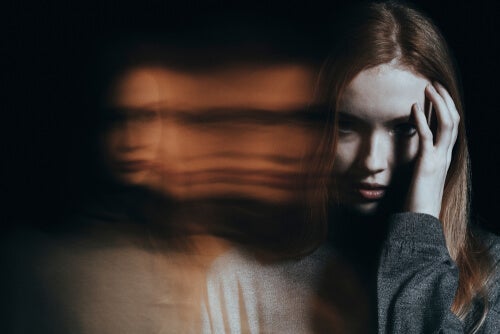 Hearing voices and seeing things are fascinating phenomena. In fact, the dictionary describes hallucinations as subjective sensations not preceded by impressions on the senses. Why do they happen, though?

Firstly, the word “hallucination” was described by Lavater to refer to “ghosts and spirits that walk at night“. Later, someone used the term to describe the behavior a person understands as adapted but that doesn’t make sense to an observer and they perceive as negligent.

Thus, in the technical sense, the aforementioned term first came about in 1837. In fact, French psychiatrist Jean Etienne Esquirol (1772-1840) published his textbook called Des Maladies Mentales around that time, and in it, he clearly described its meaning.

“Kings are not born: they are made by artificial hallucination.”

Seeing things – why do humans hallucinate?

Firstly, not all patients who experience hallucinations have a psychotic disorder. Thus, it seems the reasons people hallucinate might be both psychiatric and non-psychiatric.

Auditory hallucinations are also known as paracusia, perceptions of sounds in the absence of identifiable external stimuli. Furthermore, these the possible causes of this type of hallucination:

Thus, a person might hear two different voices speaking about them in the third person. Also, they perceive the voices as coming from inside or outside their head. In addition, some affected people hear their own thoughts aloud.

These manifest as visual sensory perceptions in the absence of external stimuli. Furthermore, these false perceptions can consist of formed images, such as people or non-formed images such as lights.

This type of hallucination can occur in numerous disorders:

The DSM-IV-R considers visual hallucinations a main symptom for certain psychotic disorders. These include schizophrenia and other schizoaffective disorders.

These involve smells and don’t come from a physical stimulus. A person will experience them if they’re afflicted by various psychiatric conditions, such as:

There’s also the case of patients who perceive they’re the source of an unpleasant odor, which is a syndrome called olfactory reference syndrome. Thus, people affected by this syndrome may tend to wash themselves excessively, abuse the use of perfumes or deodorants, and may even tend to withdraw from their social circle.

Firstly, patients with this kind of hallucinations may experience salivation, thirst, or other taste disturbances. In addition, these hallucinations occur when the Sylvian fissure that extends to the insula is electrically stimulated.

This is because, just as with olfactory hallucinations, taste hallucinations are related to conditions in the temporal lobe and the parietal operculum.

These include the perception of the presence of insects on or under the skin and also the stimulation of pressure on it. Thus, researchers associate them with substance abuse, toxicity, and withdrawal. Furthermore, these types of hallucinations are characteristic of cocaine or amphetamine poisoning.

Although you may not know it, patients who have somatic hallucinations present perceptions of abnormal bodily sensations or physical experiences. For example, a person might feel like they don’t have a stomach when they eat. Researchers associate these experiences with the activation of the following brain areas:

Hallucinations – Characteristics and Types
Hallucinations are psychological phenomena that, due to their uniqueness and relatively low prevalence, arouse great interest. Read more »
Link copied!
Interesting Articles
Clinical Psychology
The Pain of Grieving for a Missing Person