What Happens in the Brain after a Breakup 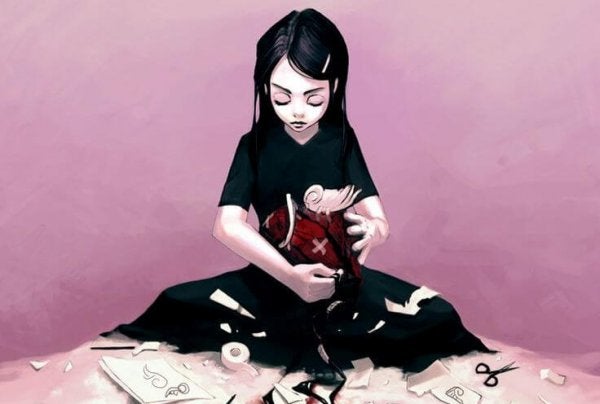 A bad breakup can leave you empty, devastated, and confused. We feel as though heartbreak tears us apart, and the truth is that it kind of does. Scientific studies have shown that partners involved in long-term relationships develop interconnected memories, each one becoming part of a system that both people depend on.

When a relationship ends, this disconnection is felt traumatically. It’s almost like amputating a limb; the body reacts by longing for that thing it learned to depend on, similar to the withdrawal symptoms experienced by substance abusers.

Falling in love with someone is an emotional process that has many effects on the brain. For this reason, breaking up with a partner also affects the brain in many ways. After a breakup, the same areas associated with physical pain are activated when you experience emotional pain.

Feelings are like waves. You can’t stop them from coming towards you, but you can choose which one to ride.

Heartbreak and the brain

Different studies show that the same areas of the brain that are activated when a person falls in love – the ones that generate attachment and the desire to be with that person – are also activated during a breakup. This means that, in addition to the pain, the person may continue to feel attachment towards their partner.

John Cacioppo, the director of the Center for Cognitive and Social Neuroscience at the University of Chicago in the United States, maintains that we were designed to establish stable emotional bonds, and it’s very painful when these bonds are broken, because the person you trusted and believed in has failed you.

The results of other studies on people who feel devastated after a breakup show that when the body reacts to the pain, it releases the same hormones that are released when you feel stressed. These hormones also affect the digestive system and the heart.

If you’ve been through a similar situation, you know that it hurts a lot, but that life goes on. Your friends, your family, your passions, and your inner resources will help you get over the situation. The process of a breakup is like falling in love again, but in reverse. The neuronal reactions to romantic passion are similar in both cases.

The brain as it overcomes a breakup

Different studies have shown that as a romantic relationship develops, you idealize the person you love less and less. After a breakup, however, you’re flooded with all those feelings again. The reward systems in the brain during heartbreak still expect to receive that spark of love. When they don’t receive an adequate response, they react by increasing their level of activation.

This demand by the brain’s reward systems is what ultimately leads you to act impulsively or foolishly after a breakup. When you write goodbye messages or desperate pleas to your ex, in reality you’re responding to a chemical mess in your brain.

When love ends, it hurts. It involves real, physical suffering that can last for months, but this pain is part of the process of healing and growth after the breakup. Various brain scans of people experiencing heartbreak found that there’s special activity in parts of the prefrontal cortex, the area of the brain associated with the expression of personality, decision-making, and the planning of cognitively complex behaviors.

In other words, while you’re mourning and crying, the chemicals in your brain are already working to redirect your behavior, balance your emotions, and get you back on track.

Remember when you thought you couldn’t live without that person? Look, you’re still alive.

Psychology
Let's Act Like We Are Until We End up Being

Psychology
What Is the Most Important Ingredient for a Happy Life?

What is the most important ingredient for a happy life? Science has given us a wide variety of answers to this question,…

Psychology
Three Types of Minds, Which Is Yours?

To speak of the mind is to speak of a somewhat abstract concept, which is not at all clear for…

Many of us may have a family member or friend who suffers from depression. Though it's especially painful for the person…