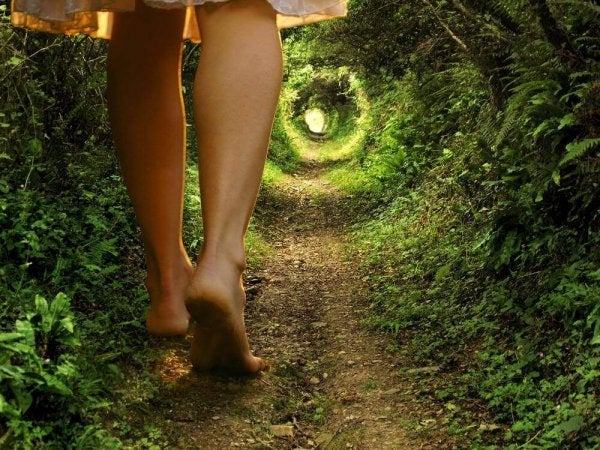 Hannah Arendt was a German philosopher of Jewish origin. She began her studies with the famous German philosopher Martin Heidegger, but when the Nazi regime came to power she was forced to flee Germany and settle in the United States. Hannah Arendt developed a political philosophy that focused on contemporary problems including totalitarianism and violence.

Her most noteworthy works dealt with the motives that that lead people to commit atrocious acts under totalitarian regimes. One of her most well-known statements was to affirm that many of the members of the Nazi party were normal people who, under certain conditions, performed unforgivable acts. She claimed that they would never have committed those acts had those conditions not been in place, and that they wouldn’t even recognize themselves committing them.

It was a statement that invited quite a bit of criticism, and many people found it to be quite uncomfortable. She maintained that many of the people who tortured, mistreated and murdered were not bad people. Rather, they were somehow misguided by their particular circumstances. It even cost her many friendships, but she defended what she believed in whenever given the chance.

Although it may seem like this all happened in the distant past, they are actually very relevant for today. For example, many believe that terrorists are crazy. And yet if we apply Hannah Arendt’s theories we come to a different conclusion. Rather than questioning their psychological health, we consider other factors that lead people to choose the path of violence within an organization.

In Hannah Arendt’s theory, there are three fundamental activities of human life. They are: labor, work, and action. Labor corresponds to the biological processes of the human body.

Two examples would be eating or sleeping. They are necessary activities in our lives, but they don’t last forever. As soon as we finish them then the activity is over. These needs are vital for survival and we cannot do without them, and so there is no room for freedom.

The function of work

The second activity of the active life is work. This is the activity that produces things and results, and it includes construction, crafts, art and anything that we create. It also includes activities such as the manufacture of instruments or objects, in addition to works of art.

With this activity we try to control nature, working with natural material in order to construct objects. This activity creates an artificial world, such as a home. It differs from production because the objects that are obtained are durable. The result of work is something that is productive and we make them to use them, not use them up.

When we carry out the last activity, action, individuals are built on what they are, and that is how they differ from each other. Action allows for the appearance of diversity, which makes us perceive differences in other people.

This is how we get an identity, based on the difference between the person who carries out the action and the other person. Only through action are individuals born and, through this, what was private becomes public as it is shared with others. By acting and speaking people show who they are.

Each of these activities takes place in their own particular sphere. The private sphere (to produce), the social sphere (to work) and the public sphere (to act). The distinction between public and private spheres is based on the tradition of the Greek polis.

The public sphere is the space of action and communication. In this sphere we show others who we are, and this confirms our existence. The public is a shared world, created by manufactured objects and actions that create non-tangible objects such as laws, institutions and culture.

However, this distinction has been blurred with the appearance of another sphere, the socials sphere. This is the product of an exchange market in a capitalist economy. The capitalist socioeconomic system deals with the introduction of the economy into the public space. This public sphere is defined by public interests, and this gives the private interests a public meaning.

The consequences of losing one’s voice

Here we can see totalitarianism at work. It is the triumph of the carefree individual in the public sphere, who only thinks about their own private interests and their personal safety at any cost. However, this type of individual is the total opposite of a citizen, who is actively committed to the world and the public sphere.

The “private” individual is an individual only as far as his own interests are concerned. He easily falls into social and political conformism. However, totalitarianism not only ends public life, it also destroys private life, leaving individuals in absolute solitude.

A moment comes in life when one learns to let go of certain dreams, friendships or lovers that at one point, meant everything. Nevertheless, we do it knowing that the…

If you boost your critical thinking, you'll have an exceptional and massive constructive "weapon" at hand. In the end, something as…

Alfred Adler was a Viennese doctor who made a great impact on theories about the human mind. Adler, Sigmund Freud and…

There is a lot of material to help us plan when it comes to solving problems, but what about that thing we call a hunch? It is something that doesn't…