How to Handle a Toxic Mother-in-Law 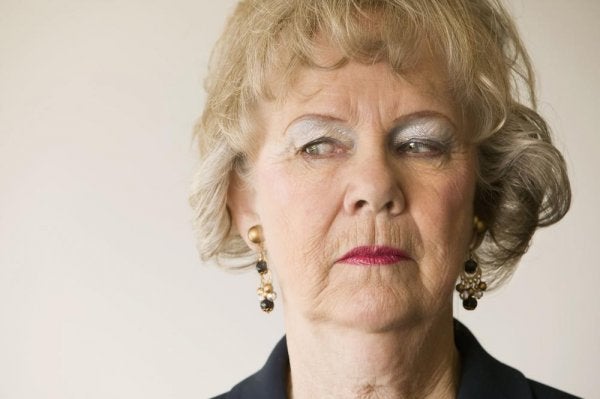 While there are a lot of myths about the typical mother-in-law being nosy and controlling (especially the husband’s mother), there are some who are truly feared.

However, the problem is not the mother’s, but the child’s for not knowing how to put a brake on their mother’s meddling. This ends up creating a lot of conflict.

It’s important to note, however, that the same can happen with the wife’s mother or even with both her parents, though this last case is the least frequent.

In fact, the major drawback isn’t when the mother throws the first stone, but when the son fails to defend his wife.

If the mother-in-law is lovingly told not to meddle in matters that don’t concern her from the very first episode, she’s more apt to never repeat it.

There may be some jealousy on behalf of the wife or mother-in-law – a dispute over the man’s love. But ultimately, the ones who end up fighting and even separating are the spouses.

Of course, statistics indicate that this is true in most cases. Carrying the family burden may lead to other problematic situations, and can even show a lack of maturity on the child’s behalf when they avoid facing their parents.

Difficult mother-in-laws can engage in all kinds of behavior. Bringing over her son’s favorite food. Telling him how to raise his children (i.e. her grandchildren). Trying change things about her daughter-in-law. Trying to live in the couple’s home (or spend a great many hours there). Anything is possible.

That’s when the couple must how strong and mature their bond is. They must demonstrate that it’s not influenced by what “third parties” have to say.

This doesn’t mean that your mother-in-law is a demon. As I mentioned before, it all depends on how much permission is granted to the mother-in-law, or to what extent she is allowed to meddle in the lives of others.

The real problem begins when the son isn’t able to recognize the intrusion. In many cases, the son blames his partner for certain comments, isn’t capable of defending his mate or confronting his mother, etc.

Let’s say a mother-in-law arrives at her son’s home. She immediately opens the fridge to make sure her son has everything he enjoys, to point out which foods aren’t healthy for him, or better yet, to prepare his favorite dishes herself.

The wife heads straight for her husband to explain what’s going on, and instead of talking to his mother, the man says she is exaggerating. That she “just wants to help” and suggests just letting her express her opinion.

This is based on the son’s logic that she doesn’t do it on purpose or to be annoying. Up until this point, this could be a considered a very common situation between a couple.

However, following the lines of the previous example, the same mother-in-law comes home and tells her son that his wife is disorganized, that she can’t cook, that she doesn’t “serve” him properly, etc.

What should the couple do? The son must defending his partner and asking his mother not to meddle in their life, since they are more than old enough to take care of themselves.

But what if this doesn’t happen? Then something is seriously failing. The excuse of not wanting to hurt the other person’s feelings doesn’t count, and it’s vital that you take charge of your dependence.

If you want to keep your relationship away from these types of problem, it’s best that you speak about it first outside your mother’s presence.

Make it clear that it can’t go further. Analyze your husband’s reactions to know where you stand and how to react if the interference increases.

But, no matter what point of view you have, be sure the mother-son (or daughter) relationship isn’t broken. Because it is then that a war has the potential unleash.

Psychology
How Do You Treat Post-Traumatic Stress Disorder?

We've all heard about post-traumatic stress disorder and know how much suffering it entails. Rapes, muggings, wars, and terrorist attacks are…