What Our Grandparents Need Is Love and Patience 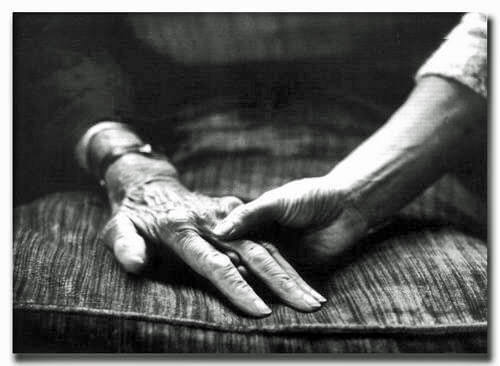 Maybe our grandparents don’t have the energy they once did. It might be hard for them to move. They might not remember who you are. Maybe every once in a while their voice gives out when they are talking to you. Or, they might annoy you by not seeing anything positive in their day to day.

However, we could say that we live in an age in which society depersonalizes the elderly and robs them of their humanity. The concerns they express often respond to their need to reaffirm their identity.

When your elders make you uncomfortable, remember this…

When your elders make you uncomfortable, remember that they are exercising their right to make decisions in a stage in their lives in which they depend completely on others. Don’t let your patience falter because they may walk slowly. Don’t become irritated if they yell, cry, or loop the conversation around 20 times in order to get a message across.

When the speech of an elder makes you impatient, don’t forget that it might be the last time that you hear that story. Love them in their old age, give them what they need. It doesn’t matter how slowly they might walk. They need your support, caring and love.

“A rupture always occurs within a family’s history, where ages accumulate and overlap and the natural order no longer has sense. That’s when a son becomes his father’s father.

It’s when the father grows older and starts to jog as if he was moving through a fog. Slowly, slowly and without precision. When one of the parents who held your hand so strongly when you were little no longer wants to be alone. It’s when the father, once so firm and unsurpassed, weakens and has to catch their breath twice before even getting up.

It’s when the father, who had once commanded and ordained, only sighs, only moans, and seeks for doors and windows that now seem so far away. It is when parents, who were previously willing and hardworking, fail to put on their own clothes and don’t remember to take their medication.

And us, as children, will do nothing but accept that we are now responsible for this life. That life which had begotten us, it now depends on us in order to die peacefully.”

People like to say that the elderly are “like children” in the sense that they require patience, attention, care, comprehension and affection. Maybe in certain moments they require our attention and protection in a paternalistic way. Yet, that doesn’t mean that we have to communicate with them using infantile language (elderspeak).

We can’t treat them as if they don’t know anything, because these are people with incredibly rich life histories. Talking to them with too many diminutives, simplifying language, using a childlike voice or not taking into account their decision-making skills is an incorrect way of treating them.

Far from approaching them and improving our communication, treating them and speaking to them as if they were children only produces avoidance and withdrawal.

Thus, grandparents don’t need us to treat them like children, because they aren’t such. They are elders that, due to their age and possibly multiple pathologies, have certain limitations they have to live with. Treating them naturally offers them the possibility of accepting their limitations while also recognizing their virtues.

It is important that we analyze the abuse of the elderly, which is something much more common than we want to believe. Unfortunately, physical and psychological violence often characterize the relationship between grandparents and their primary caretakers.

Not letting them make their own decisions in the affairs of everyday life, denying them assistance, offering them excessive or an insufficient amount of medication, leaving them unattended and abusing them, be it emotionally or physically, are the most common forms of ill-treatment.

Infinite love and infinite patience, the keys to their care

Although the care of our grandparents may seem exhausting, we can’t forget that this sadness and exhaustion are part of the mourning we need to perform. It’s part of the goodbye, the farewell to the piece of our soul that belongs to them.

With them, will depart everything we haven’t shared with anyone else and of which no witnesses will remain. That, without a doubt, requires a great amount of inner work, which life offers the opportunity to perform. We cannot miss out on this opportunity.

Because what our grandparents need is unmeasured care and infinite patience. Both are fundamental ingredients to their care. Both are balms to their anguish over their lost abilities and their farewell to life itself.
Link copied!
Interesting Articles
Wellness
The Only Way To Get To The Other Side Is By Changing Your Path

Statistics show more people nowadays are reaching the age of 100 or older. This means that it's important to ask ourselves the following question: what can we do to avoid…

Many people around us are addicted to asking for things from us over and over without offering anything in return.…

Wellness
I Can't Forget How You Made Me Feel

Wellness
The Difference Between Aging and Getting Old

Why do some people seem to age better than others? To answer that question, people often talk about health or…