Geoffrey Beattie is a famous psychologist. His appearance on TV made him a familiar face whose thoughts were known in homes all over the world. But that doesn't mean he doesn't do serious work. His research is much more than what you might have seen on the show Big Brother. 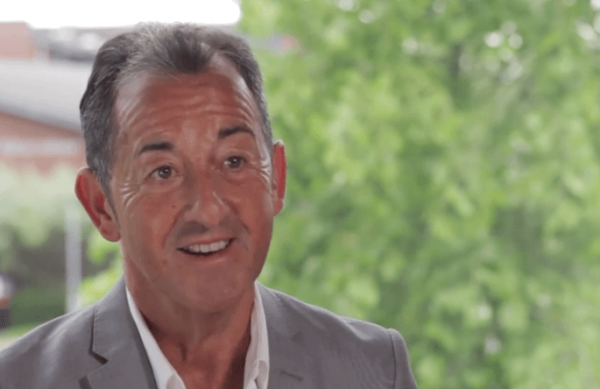 British psychologist Geoffrey Beattie has studied non-verbal communication for years. In his research, he has shown us that the way we move our hands while we talk is also a form of communication.

He’s published countless books and articles on the topic. He has also won many awards for his research into it. But that’s not all we know Geoffrey Beattie for. He’s one of the psychologists that has become well-known².

Beattie was the face of psychology for the show Big Brother in the United Kingdom. He has also put in a lot of effort into helping show laypeople how psychology can help us in our daily lives. One good example of that is his book Get the Edge: How Simple Changes Will Transform Your Life, which has been translated into several languages.

Geoffrey Beattie was born in Belfast. He got a degree in Psychology from the University of Birmingham and earned his PhD in it at Trinity College Cambridge. Then, he became a professor of social psychology at the University of Sheffield. He showed an early interest in the link between non-verbal communication, language, and thought.

The area he grew up in (Northern Ireland) was constantly embroiled in violent confrontations and riots. This led Beattie to write several books about Ulster and the Protestant situation. He also talked about it in a series of articles he wrote for The Guardian.

Geoffrey Beattie and his media facet

He has made several documentaries about Northern Ireland for big companies such as the BBC. Beattie has also made many appearances on the radio, drawn by his interest in the relationship between sports and psychology.

But the truly big media moments for him came from his participation in one of the seasons of the British show Big Brother. However, it also brought him plenty of headaches. His participation as a consultant for the show caused a lot of controversy in the academic world.

His colleagues in the world of psychology accused him of lending credibility to what they consideres gross exploitation of people for commercial ends. But in spite of their criticisms, he stayed on the show.

According to Beattie, what he was doing wasn’t so different from analyzing the non-verbal communication of a politician or any other media figure. That controversy has also led people to (unfairly) consider him the Big Brother psychologist.

He focused a lot on lexical gestures in speech and the cognitive, social, and functional purposes they have. In other words, he focused on how gestures and speech work together to create an even more complex form of communication.

That’s an especially interesting thing to study when a person’s lexical gestures reflect some part of their thinking that they haven’t expressed in words.

He has also studied how we go about decoding other people’s lexical gestures. On top of that, he wanted to understand why some gestures immediately draw another person’s eyes and attention.

Yet another interesting aspect of his research in this field is the potential applications of this theory on advertisements. His work on this actually earned him the Mouton d’Or prize for best semiotic research.

Another fascinating thing this brilliant researcher has studied is implicit racial bias. Focusing specifically on the most subtle, unconscious aspects of human beings, he studied how implicit racial attitudes affect the decisions people make.

What he studied in particular was the way people looked (literally) at each other. From there, he wanted to see if that reflected the idea you’re shaping of the person in front of you when they’re of a different race.

In recent years, Beattie has also started to study the psychological barriers that keep people from adopting more sustainable lifestyles. He has done some significant analyses of consumerism and the market to understand how consumer attitudes change. The goal is to see how to get people to act more responsibly in terms of climate change.

There’s no denying it: Geoffrey Beattie is a fascinating figure in psychology right now. Love him or hate him, he has done a lot to bring psychological knowledge to the general public.

The Psychology of Language
Research into the psychology of language, or psycholinguistics, has helped scientists better understand the mental aspects of language and speech. Read more »