Carl Hovland firmly believed that, if media can change people's opinions and attitudes, then it can be an efficient tool for severe social issues like prejudice or stereotypes. 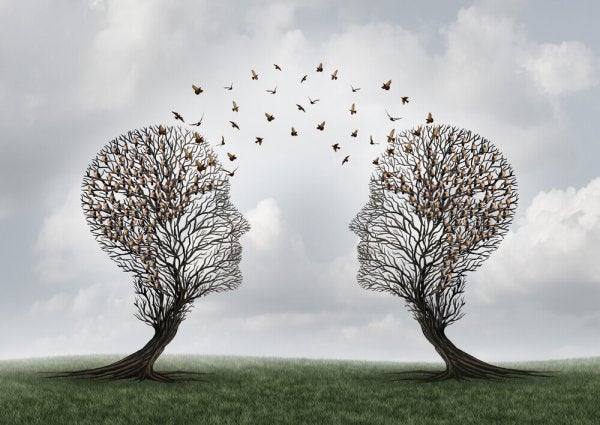 In this article, we’re going to talk about Carl Hovland, a brilliant experimental psychologist who didn’t focus on any specific psychological subfields. However, his research is the foundation of many social, experimental, and cognitive psychology models. Carl Hovland has been one of the most influential psychologists of the 20th century.

He dedicated his professional career to studying persuasion, group dynamics, communication, and thought. He studied at Yale University and also worked in very important projects for the US military and the Rockefeller Foundation.

Furthermore, he founded the famous Yale Group and carried out the first studies on persuasive communication.

During World War II, Carl Hovland studied soldier’s motivation and attitude change, as he worked for the United States Department of Defense.

Born in 1912, young Hovland was a smart and introverted child who had problems socializing with his classmates. However, his teachers described him as a brilliant and shy student who lived in a dream world.

He studied math, biology, physics, and experimental psychology at Northwestern University. Afterward, he got his Ph.D. at Yale University. There, he managed to meet many relevant psychologists of the time who greatly influenced him. One of those psychologists was Clark L. Hull, who later became his mentor and colleague.

During his Ph.D. studies, he published six academic articles. Once he finished his studies, he taught at Yale for the rest of his professional career. The research group The Yale Group was born due to his work.

Hovland got married in 1938 and formed a family of his own. World War II interrupted his research at Yale as the United States Department of Defense contacted him to study the effects of propaganda and movies on soldier training.

This campaign’s goal was to motivate soldiers who were fighting against Japanese troops, given that previous propaganda proved to be ineffective and counterproductive.

After the war, Hovland went back to Yale, where he became president of the psychology department. When he turned 39, he was elected president of the American Psychological Association (APA). After his wife fell ill and died, Carl Hovland passed away prematurely at the age of 49 due to cancer.

During the time he worked with Clark L. Hull, both researchers designed a series of studies to evaluate memory learning and psychologic language integration through mathematical equations. Later, Hovland became interested in other aspects such as communication.

As we mentioned above, during World War II, the United States Department of Defense recruited him to supervise the soldier motivational training programs. He analyzed people’s resistance to changing their opinions and developed methods to overcome this.

His results were diverse. However, it’s worth noting that Hovland and his team managed to disprove the Nazi theory on the effectiveness of unilateral information presentation. Said theory claimed that a successful persuasive communication must present only one side of an argument. However, Carl Hovland’s research contradicted it.

After the war and once he returned to Yale, he focused his research on social communication. He also organized a research program with the Rockefeller Foundation about attitude change through specific information presentation.

Hovland then extended his studies to the fields of problem-solving, communication, opinion change, and social judgment. Many experts claim that he was the expert who most contributed to social communication, a field no one cared to research.

He studied all the elements that affect communication, and his research focused on the influence of all its variables. He identified the different stages of an attitude-focused effective communication: exposure to the message, attention, comprehension, acceptance, and retention.

Hovland also worked on the different circumstances of the message environment, such as the communicator’s credibility, the nature of the message, and the receiver’s disposition to hear the message. In 1953, he published his work on massive communication, Communication and Persuasion: Psychological Studies of Opinion Change, in which he contemplates his main conclusions and analysis in the persuasion processes.

The Life of Psychologist Mary Ainsworth
Mary Ainsworth, along with John Bowlby, developed one of the greatest and most helpful psychological theories ever: the attachment theory. Read more »
Link copied!
Interesting Articles
Theories
Being Logical and Consistent vs. Being an Example