Gabriel García Márquez was a renowned Colombian writer. He was associated with the magic realism genre of narrative fiction and credited with reinvigorating Latin American writing. Read on to learn much more about this brilliant novelist. 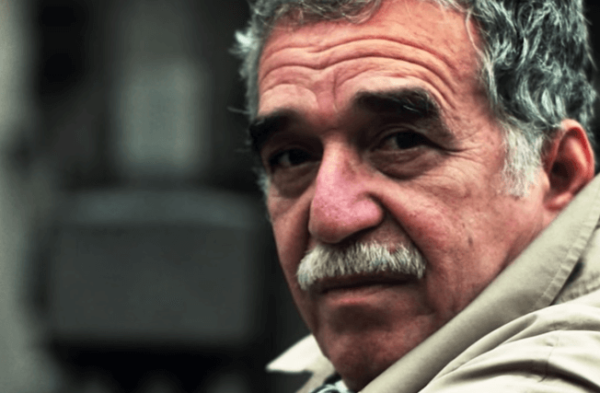 Colombian novelist Gabriel García Márquez was one of the greatest writers of the 20th century. As a matter of fact, this literary genius even won the Nobel Prize for Literature back in 1982. Mostly, he won this coveted award due to his masterpiece Cien años de Soledad (One Hundred Years of Solitude). He wrote this novel back in 1967.

Believe it or not, Márquez was only the fourth Latin American to be also honored with a Nobel Prize. He was preceded by two Chilean poets; Gabriela Mistral in 1945 and Pablo Neruda in 1971. Guatemalan novelist Miguel Ángel Asturias also won the coveted prize in 1967.

Along with Jorge Luis Borges, Gabriel García Márquez is the best-known Latin American writer in history. In addition to his masterly approach to the novel, he was a superb crafter of short stories and an accomplished journalist.

In both his shorter and longer fictions, Márquez, also known as Gabo, achieved the rare feat of satisfying everyone. Since his works were accessible to the common reader, everyone loved him. Not only did he satisfy the most common reader, but also the most demanding of sophisticated critics.

Gabriel García Márquez was born in 1927 in the sleepy provincial town of Aracataca. This small town was located in a tropical region of northern Colombia, between the mountains and the Caribbean Sea. Márquez and his parents spent the first eight years of his life with his maternal grandparents.

His grandparents were Coronel Nicolás Márquez, Thousand Days War veteran, and Tranquilina Iguarán Cotes de Márquez. After Nicolás’s death, they moved to Barranquilla, a river port. Márquez received a better-than-average education. Yet, he claimed as an adult that he received inspiration elsewhere.

His most important literary sources were the stories about Aracataca and his family that his beloved grandpa told him. Though he studied law, Márquez became a journalist, the trade at which he earned his living before literary fame. As a correspondent in Paris during the 1950s, he utterly expanded his education.

There, he read a great deal of American literature, some of it in French translation. In the late 1950s and early 60s, he worked in Bogotá, Colombia, and then in New York City for Prensa Latina. Prensa Latina was the news service created by the regime of Cuban leader Fidel Castro.

Next, he moved to Mexico City, where he wrote the novel that brought him fame and wealth. From 1967 to 1975, he lived in Spain. Subsequently, he kept an apartment in Paris and a house in Mexico City. But he also spent a lot of time in Havana in a mansion Castro gave him.

Before 1967, Márquez published two novels, The Leaf Storm and In Evil Hour. Along with a few short stories, he published No One Writes to the Colonel in 1961. Then came the brilliant One Hundred Years of Solitude. Here, he discussed the isolated town of Macondo, whose inhabitants drove to elemental passions.

While the setting is realistic, there are fantastic episodes, which we know as “magic realism”. Mixing historical facts, and stories with the fantastic is a practice that Márquez derived from Cuban master Alejo Carpentier. Most consider Carpentier to be the founder of magic realism.

Continuing his magisterial output, Márquez issued The Autumn of the Patriarch and Chronicle of a Death Foretold in 1981. Hollywood filmed his 1985 masterpiece Love in the Time of Cholera in 2007. He also published The General in His Labyrinth in 1989 and Of Love and Other Demons in 1984.

According to critics, the best among these books by Gabriel García Márquez is Love in the Time of Cholera. It’s about a touching love affair that protagonists take decades to consummate. He also wrote The General in His Labyrinth, a chronicle of beloved revolutionary Simón Bolívar’s last days.

In 1996, Márquez published a controversial journalistic chronicle titled News of a Kidnapping. This inspiring, yet overwhelming, story is about drug-related kidnappings in his home country Colombia. After his cancer diagnosis, Gabriel García Márquez wrote the memoir Living to Tell the Tale.

This 2002 memoir focuses solely on his first 30 years. In 2004, he returned to fiction with the controversial Memories of My Melancholy Whores. It’s about a lonely man in his 80s who discovers the meaning of love with a prostitute.

“Wisdom comes to us when it can no longer do any good.”

Colombian novelist Gabriel García Márquez’s masterpiece One Hundred Years of Solitude established him as a giant of 20th-century literature. Sadly, he died in 2014 at his home in Mexico City. He was 87. The novelist learned he had lymphatic cancer in 1999 and also developed senile dementia.

Márquez, who received the Nobel Prize, wrote fiction rooted in a mythical Latin American landscape of his own creation. Nevertheless, its appeal was universal. It’s no surprise his books were translated into dozens of languages. He was among a select roster of canonical writers – Dickens, Tolstoy, and Hemingway – who critics and the masses embraced.

The world knew García Márquez for his capacity to create vast, minutely woven plots and brief, tightly knit narratives. He did so in the fashion of his two North American models, William Faulkner and Ernest Hemingway.

The easy flow of even the intricacy of his stories was compared to that of Miguel de Cervantes. Both writers’ stories are filled with irony and overall humor. Márquez’s novelistic world is mostly that of provincial Colombia, where medieval and modern practices clash both comically and tragically.

“The only regret I will have in dying is if it is not for love.”

As you can see, with his unforgettable works, Márquez brought much-need world attention to the Latin American literary scene. He even set up an International Film School near Havana and a school of journalism on the Caribbean coast. We hope you loved learning about literary master Gabriel García Márquez.

The Life Drive or Eros: What Is It?
The so-called life drive, or eros, encompasses all the impulses and behavior that motivate our survival. Find out more here. Read more »
Link copied!
Interesting Articles
Culture
Music and Exercise - A Great Pair

Music and exercise sort of go hand in hand, meaning that combining them can provide a lot of enjoyment. Some…

Culture
7 Foods that Trigger the Release of Serotonin and Dopamine

Jean-Martin Charcot was a famous doctor and neurologist. He was born in Paris in 1825 and his contributions to both…