Did you know that there's a type of dementia associated with sports? It's called dementia pugilistica, and it's considered a variant of chronic traumatic encephalopathy. Keep reading to find out more. 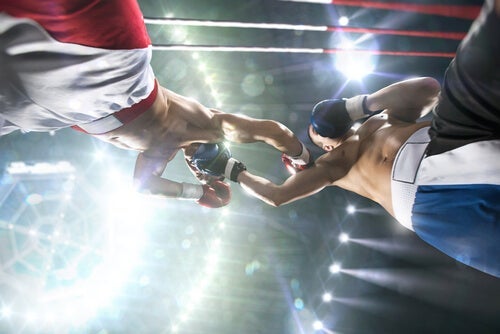 Dementia pugilistica is a neurodegenerative disorder. It has received attention in recent years as researchers discover more about the repercussions of playing certain sports. Its other name, “boxer’s dementia”, gives you a clue about its etiology. The Latin root word, pugil refers to boxing. The repeated blows to the head during a boxer’s career are often what cause this kind of dementia.

While it would be hard to calculate exactly how many times a contact-sport athlete gets hit in the head during their career, it’s not hard to imagine that these repeated blows have repercussions.

Multi-trauma and repeated concussions lead to cortical atrophy of the brain, which causes dementia pugilistica.

In 1928, pathologist and medical forensic scientist Harrison Martland was the first to describe clinical dementia pugilistica.

Today, scientists categorize it as a variant of chronic traumatic encephalopathy. In the beginning, however, there was no differentiation between the two. Researchers noticed the distinction when they realized that they only saw symptoms of dementia pugilistica in certain groups.

Boxing’s popularity at the beginning of the 20th century inspired many professionals and fans to get involved in the sport. In the beginning, the consequences went unnoticed. Over the years, however, the number of cases of people with symptoms started to rise.

The most common symptoms were apathy, psychotic traits, loss of coordination, and marked global intellectual impairment. Scientists made the connection between these symptoms and repeated micro-injuries to the brain caused by concussions.

Cortical atrophy of the brain leads to a general reduction in brain size. It also slows down its metabolism. In general, cortical atrophy affects all brain structures which negatively affects overall functionality.

This illness is progressive and the symptoms can vary:

The main risk factor for developing this kind of dementia is participating in contact sports. Thus, in spite of the name, boxing isn’t the only sport that can cause it. Here are other sports that put athletes at risk:

Other risk factors also include:

A neurologist and a neuropsychologist usually evaluate the patient for their behavioral and motor symptoms. Doctors also use neuroimaging (such as CT scans) to determine the degree of brain damage.

The primary treatment for dementia pugilistica involves avoiding the risk factors. If you practice one of the above sports, you should take every possible measure to protect yourself and be cautious.

If a patient already has symptoms, there are two common approaches:

Some things to consider

Dementia pugilistica is a very clear example of what happens when you don’t take care of your brain. The changes show up over the long-term, but the causes happen early in life.

The lack of immediate consequences makes it difficult to be fully aware of the damage. However, any activity that corrodes the nervous system will take a serious toll on your body over time. Eating well is a very important preventative method for any type of dementia.

Lastly, it’s important to remember that some very popular sports aren’t necessarily healthy. That’s especially true if you don’t take the proper precautions. A large percentage of former American football players have traumatic brain injuries. Their athletic careers will negatively affect them for the rest of their lives.

In conclusion, thanks to new studies and increased awareness of the risks, the athletic community is taking measures such as providing compensation for former players and investing more money in research.

“Trust in the great American ingenuity. We can derive more intelligent, more brain-friendly ways we can play football.”

Sports Psychology
Emotional Intelligence in Sports: How Does it Help You?