Polish composer Frederic Chopin took the piano world by storm. Known for his romantic and delicate compositions, his works keep being showcased all over the world. Read on to learn more about this genius musician! 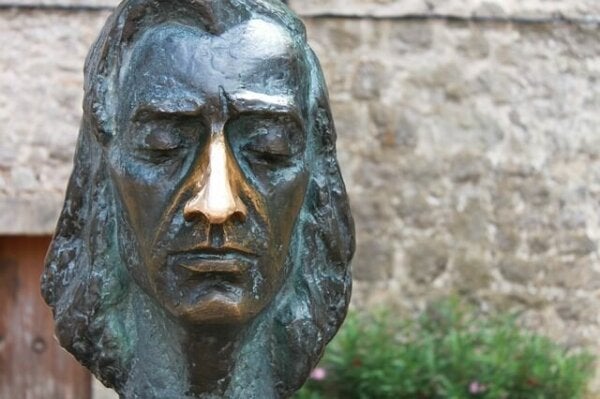 Frederic Chopin is one of the best-known names in piano. In the psychological drama The Pianist by prolific film director Roman Polanski, Chopin’s piano works with unique craftsmanship play a vital role. Chopin was a Polish man who was deeply afflicted by a war-torn past, just as the main character in the movie.

Born March 1, 1810, Frederic Chopin is best known internationally for his solo piano pieces. Though his piano works were brief, this great musician was the musical poet par excellence of refinement.

As we mentioned above, Chopin’s style was delicate and simple and provoked complex feelings. He realized early on that his compositions weren’t right for big concert spaces but for intimate gatherings instead.

Did you know that Frederic Chopin only named a few compositions? He believed giving them meaning was unnecessary. His goal when composing was creating a beautiful melody, not conveying a superficial story. According to Frederic Chopin, solely simplicity emerges as the reward of art.

According to musicologists, Chopin’s works show a strong chromaticity. This means that he used notes of different scales to create a unique piece. Not only are they difficult to play but they’re also breathtakingly beautiful to listen to.

Chopin’s father was employed as a private tutor to an array of Polish aristocratic families, one of whom he married. Perhaps this is how Frederic got his innate passion for teaching.

Frederic’s beloved mother and eldest sister both played the piano. However, it’s more than obvious that the prolific child was the most talented one in the artistic family.

As an infant, Chopin was moved when he listened to his mother or sister playing the piano. At only six years of age, he was able to replay what he heard and create new tunes.

A few years later, Chopin was considered a child prodigy. Amazingly, he was even invited to play the piano for an elite group of people, including the famous Russian czar Alexander I.

Chopin entered the new Warsaw Conservatory of Music at age 16. There, his teachers let him develop piano pieces with individuality. After all, it’s impossible to check his individual imagination by academic demands.

As an infant and teen, Chopin developed a strong love for Poland. During his life, the Polish musical influence incredibly influenced his compositions.

Regardless of his success in Warsaw, Chopin urgently needed a wider musical experience. So, he left Poland. He visited Vienna, a city which enormously celebrated him. And his many concerts turned him into a celebrated pianist.

After his return to Poland, Frederic immediately planned another trip. Unfortunately, misery awaited him. One year later, Chopin left Warsaw due to the disturbed state for a European tour.

Since his plans were frustrated as Poland went to war with Russia, Frederic stayed in Vienna and didn’t perform for over a year. After quite some time and with no hopes of going back home, Chopin decided to go to Paris.

The former center of European culture, Chopin considered Paris the milieu where his creative genius  would flourish. After establishing himself among the Parisian musical elite, his musical peers highly respected him.

Here, he settled down the main business of his life: composing and teaching. Believe it or not, pianist and composer Chopin didn’t like performing in public. For this reason, he only performed a few times in front of large audiences.

Luckily, he was a highly popular piano teacher. Paris’ wealthiest aristocratic families hired him to teach their children. Unlike other musicians of the era, he quickly discovered that niche that offered economic stability.

This gave him a regular source of income. Five years after he arrived in Paris, he met his life-long partner: his beloved Aurore Dubin. She was a flamboyantly mannish French novelist with a libertine lifestyle who had two children out of wedlock.

Dubin used her pen name, George Sand. Without pseudonyms like this one, women of the era didn’t have the opportunity to write, work, or go to universities. The professional field didn’t recognize them.

Chopin spent the happiest days of his life next to Sand. Unfortunately, some time afterward, he endured a slow health decline. It ended with his horrible death from tuberculosis a decade later.

Sand and Chopin visited Southern France regularly. The wonderful climate allowed him to slightly recover. Despite the disease, this period was the most productive in his life.

Poet of the piano

Experts consider Chopin’s oneiric soundscapes precious. Back then, music performances were heroic and evoked masculinity. Therefore, though poetic, his works were considered deficient and feminine when contrasted with the others.

Today, many still perform and study Chopin’s works. He became the best tone poet thanks to his fastidious craftsmanship and superfine imagination. Chopin turned from a performer to a passionate piano teacher. He enjoyed teaching much more than performing.

Not trying to tell a story nor paint a picture, Frederic Chopin’s music is a true poetic paradox. Most of his compositions help people imagine lovely scenes, whether a breezy beach or a desolate cemetery.

With his original works, Chopin filled the piano industry with endless possibilities. He learned all is possible with hard work, study, and dedication. No other composer mastered the piano as he did. According to this brilliant pianist, music’s true meaning is the music itself.

Biography of an Enigmatic Woman: Emily Dickinson
Emily Dickinson is one of the most famous American poets. A woman ahead of her time, it's unkown if her eccentricities were genius or maddness. Read more »
Link copied!
Interesting Articles
Biographies
Biography of Jean Laplanche: From Philosophy to Psychoanalysis