Five Traits of a Dysfunctional Family

Typically, most people who grew up in a dysfunctional family perpetuate the abuse when they form their own families. Unless they seek professional treatment, the chain will continue in the subsequent generations. Unfortunately, it'll only get worse. 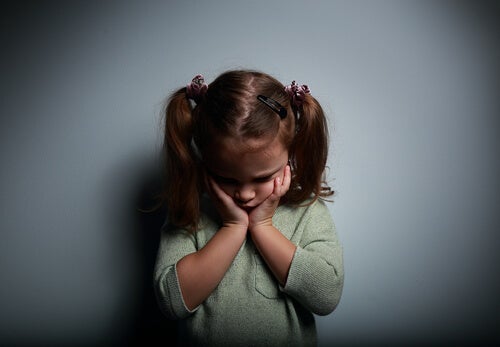 Many of the problems in the world begin in a dysfunctional family. This primary environment is often traumatic for children. This is because they’re learning so much in such a short amount of time. It can greatly condition the fact that a person may start their life with an advantage or disadvantage when it comes to facing different life challenges.

Some people get together and have children based on a pattern they repeat or against which they reacted at some point. Unfortunately, they seldom question it because it’s normal for them, it’s all they know. They might be trying to make sense of an aimless life. In addition, they may also come from dysfunctional families they badly want to escape from but without wanting to work towards their autonomy.

Whatever the case may be, those who form a family aren’t necessarily prepared to do so, be it physically, mentally, or emotionally. This is precisely the beginning of a dysfunctional family. Unfortunately, the consequences for each one of its members are unpredictable. This is because they almost always lead to hardship or to the impossibility to lead a fulfilling life. But what makes a family dysfunctional? Continue reading to learn more about its characteristics!

“Having children makes you no more a parent than having a piano makes you a pianist.”

Five traits of a dysfunctional family

There are many types and degrees of dysfunction in a family. However, this article is about dysfunctional families that greatly harm those who comprise them. After this caveat, one can say that the most common characteristic of this type of family is the predominance of relationships that, far from promoting development, hinder it.

Abuse is any act intended to harm another person who’s in a position of disadvantage or vulnerability. One can also define it as misused power. In other words, as the exercise of authority without logic and without moderation. The abuse might be physical, psychological, and/or sexual and always leads to serious consequences.

It’s very common for each member of a dysfunctional family to have to deal with challenges that the family itself makes a lot more difficult. Also, the climate is difficult in this type of family, so it’s hard to find someone who’s able to understand or validate each other’s feelings. In fact, it’s common for them to do the opposite: either despise or deny them.

It’s also common for each one to be intolerant about each other‘s shortcomings. They’re given to criticize one other and sometimes in a very cruel way. Thus, destructive feelings prevail and this is why each one of them becomes insecure and fails to perceive their true value.

As you can see, it’s quite common for one or both parents to be addicts in a dysfunctional family. Perhaps they also have some kind of emotional or mental disorder. This leads to very strange situations that are incomprehensible to children.

Specifically, all these problems often lead to episodes of violence that terrify children and lead parents to chronic internal conflicts. Witnessing violence or being a victim of it affects them and defines the springs that shape the internal dialogue of each person. In addition, an imprecise fear remains inside of those who go through this.

4. The unpredictable, chaotic, and insecure prevails

Children need security and stability to thrive. The opposite is true in a dysfunctional family. There may not be serious difficulties today, but there’s always tomorrow. In other words, although today’s abuse didn’t cause much damage what about the next one?

That uncertainty, chaos, and insecurity are often harmful to people, especially children. It’s very likely for them to be stressed on a daily basis and display PTSD, both in the short and long term. They’ll become nervous, touchy, and shy. Also, they’ll be afraid of the world and even of themselves.

5. In a dysfunctional family, you can’t speak, trust, or feel

Self-expression isn’t common in dysfunctional families. Firstly, you’re not to talk about touchy subjects, especially about what goes on within your family. You can’t talk about what you feel, either, because nobody cares. You can’t even talk about your abuse because “How dare you question authority?”

Likewise, they teach you not to trust anyone else. A dysfunctional family is hermetic, giving shape to a closed and corrosive world governed by a logic that’s poisonous. Everything alien to that bubble isn’t to be trusted. Thus, you neither trust what’s inside that ecosystem nor what’s outside and, thus, you live in a state of constant tension.

A dysfunctional family requires professional therapeutic intervention. It has different effects on each of its members. In some cases, the footprint can be devastating. In other cases, it condemns them to a hard life in which fear prevails. The truth is that if you don’t break the chain by seeking professional attention, inertia will take over and the pattern will repeat and worsen from generation to generation.

How Can a Child Survive in a Dysfunctional Family?
Growing up in a dysfunctional family can mean great emotional damage for our children. Read on and find out what can happen and how to solve it. Read more »
Link copied!
Interesting Articles
Family
Parents Who Control Their Adult Children