The most captivating thing about these Gaston Bachelard quotes is how he managed to fit a whole universe of ideas into just a few words. Discover them here! 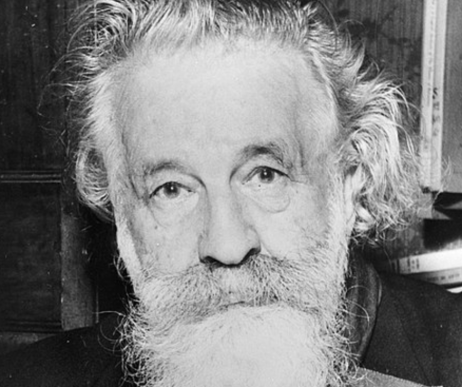 Gaston Bachelard was an amazing writer who left us beautiful quotes. If there was one thing this author could do, it was to play with words and ideas in a magical way. He could make the harshest truth take flight. This French thinker was a man who bridged the space between vivid imagination and rational thinking.

No one knows if these quotes should be categorized as philosophy or poetry. In other words, are ideas the most important thing or the way they’re written? It was impossible for Bachelard to speak the truth without using his unique style and write poetry that wasn’t imbued with the truth. This gave him a particular style that stood out among French thinkers.

Bachelard was a philosopher, physicist, and poet with original ideas and ways of expressing them. Some people said he was influenced by Jung and the surrealists. However, you can’t fit his writing into any one school of thought. Let’s take a look at some of his quotes.

1. A Gaston Bachelard Quote about Action

“Our life is so full that it acts when we do nothing.”

This is a beautiful Gaston Bachelard quote in which he plays with paradoxical terms. In this case, he’s playing with full and empty, active and passive. The quote shows that these things aren’t mutually exclusive or contrary. Instead, one implies the other.

When he says that this life is full, he’s referring to the content of your life rather than the number of things, people, or situations in your life. He shows that this accumulation expresses itself right when you stop acting. That dormant content comes out in those moments when you do nothing.

“The repose of the night does not belong to us. It is not the possession of our being. Sleep opens within us an inn for phantoms. In the morning we must sweep out the shadows.”

This beautiful quote poetically describes the nature of sleep. Sleep doesn’t come from you, you come from sleep. Once you immerse yourself in sleep, the logic of your dreams rules you, not your own free will. Bachelard says that sleep steals you away. It’s like a kidnapping of the mind that leaves you at the mercy of your dreams. You’re no longer you, you imagine what you are when you’re awake.

“The first task of a poet is to lift up whatever’s inside you that wants to dream.”

This is one of the many Bachelard quotes about poetry and poets. As the quote so aptly expresses, a true poet moves something that’s hidden deep inside you and wakes it with their poetry.

Bachelard didn’t give a specific name to “whatever’s inside you” that poetry awakens. It’s just the thing that wants to dream. Poets have the ability to lift up the part of your human spirit that’s stuck. Thus, a poet’s goal isn’t to entertain but to wake you up and guide you to dream.

“The subconscious is ceaselessly murmuring, and it’s by listening to these murmurs that one hears the truth.”

While there’s some debate about the word “subconscious” vs. the term “unconscious”, Bachelard always preferred to talk about the subconscious. He was obsessed with giving everything a place in space, and for Bachelard space represented part of the meaning.

Just like he says, everything that’s just outside our conscious mind murmurs to us. It doesn’t talk, it whispers. Sometimes it murmurs things that’re crazy, absurd, and seemingly disconnected from one another. Nevertheless, if you stop to listen, the murmuring will also tell you some important truths about who you are.

5. Being Deprived of Unreality

“Being deprived of the unreal makes you as neurotic as someone deprived of everything that’s real.”

This is one of the most beautiful quotes from Gaston Bachelard, and perhaps the one that best defines the way he thought. Contrary to what our culture promotes and encourages, this philosophy gives value to both rational and irrational things.

Bachelard believed that when someone’s deprived of what’s irrational, they’ll be just as equally in bad shape as someone deprived of reality. Imagination is just as crucial for the human mind as perception. Thinking is necessary, but so is creating.

Gaston Bachelard had a notable influence on important philosophers that came after him, such as Roland Barthes and Michel Foucault. If you feel exhausted by reality, some people say that there’s nothing better than reading Bachelard’s work.