The Fine Line Between Preoccupation and Obsession 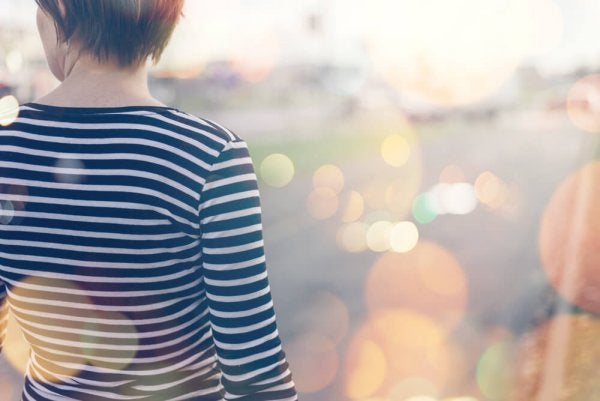 We all have worries from time to time that disturb our thoughts and interrupt our daily lives. They affect our performance at work and occupy our attention while we’re having a conversation or watching a movie. Some people worry too much, or about things that shouldn’t merit such attention or anxiety. When does worry stop being normal and become pathological? How do you know when you’ve crossed the line between preoccupation and obsession?

There are various different anxiety disorders that are classified depending on the type, quantity, and intensity of worry, as well as the reason behind it. These include generalized anxiety disorder, specific phobias, social phobias, and post-traumatic stress disorder.

But obsessive-compulsive disorder, characterized by obsessions that invade the mind, has been separated from anxiety disorders in the new DSM.

The prison of obsession

It’s important to differentiate between a normal episode of preoccupation and an obsessive period or specific obsession. The following questions can help you identify an obsession:

If you answered yes to many of these questions, consider consulting a professional to assess the problem. The fundamental differences between preoccupation and obsession are that obsessions appear involuntarily, interfere with your thoughts, cause distress, take up a large part of your day, and in some cases, push you to perform actions and rituals (compulsions) meant to reduce the associated anxiety.

Although obsessions are very mixed thought patterns that can be expressed in many different ways, there are some typical ones. Here are some of the most common:

All obsessions have some things in common: they’re intrusive, recurring, and persistent thoughts that make the person feel either disturbed or perplexed.

In many cases, compulsions follow obsessions, with the goal of reducing the anxiety caused by the obsession. Sometimes the compulsion isn’t obviously related to the obsession, and the intensity with which it is performed doesn’t usually match reality. Just like there are typical obsessions, there are also typical compulsions, which include the following:

Although compulsions can reduce anxiety in the short term, the effect doesn’t last and you have to continue performing rituals afterwards. Even though these rituals never give you any gratification or pleasure, they do give you a short and false sense of control over the obsessions that invade your thoughts.

Is there an escape from obsession?

Judith L. Rapaport, an expert on the subject, has studied and experimented with different treatments in people who suffer from obsessive-compulsive disorder. Her studies focus specifically on the use of clomipramine (Anafranil) as a treatment for obsession.

A large percentage of people showed a reduction in obsessive thoughts, although some people showed no effect. Today, SSRIs are used, which are antidepressants that have fewer side effects but work towards the same goal, although the medication of choice can vary.

Exposure and Response Prevention (ERP) is a type of psychotherapy in which the patient faces the object of their obsession, either directly or through imagination, and avoids performing rituals and compulsions. This is considered an effective treatment, and when combined with SSRIs, can produce a very positive response and alleviate the patient’s suffering.

Mental Rigidity
The word "close-minded" has been used in popular language for a long time. We use it to describe people who display mental rigidity, or people who don't Read more »
Link copied!
Interesting Articles
Psychology
Love Yourself, You're Going to Need it

Psychology
Love: The Key to a Child's Brain Development

Love is one of the most powerful environmental factors as we grow and develop. For this reason, educating a child…