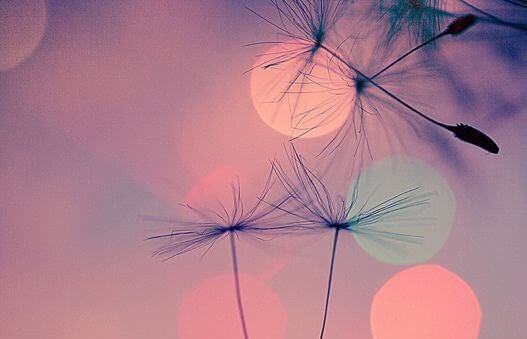 From a very young age we establish an inseparable relationship with words. They serve to tell stories, to exchange opinions, to classify objects, to find answers. Words even give shape and content to our inner dialogue. A dialogue that which seems to be represented in shows and movies by an angel and a devil.

We surely all remember that typical scene. The main character has to decide between doing what they want and doing what they think is right. Then, the angel and the devil start exchanging arguments. You know that is not right, life is meant to be lived crazily, what would so and so say if they saw you, etc.

In our minds, apart from working with language in this sense, we also use it to create stories. This is because reality often comes to us by way of clues, as if we were detectives. We are the ones that have to put the puzzle together piece by piece.

It is seven in the morning and the alarm clock goes off, just like every morning. She stops it, turns around and waits for the next programmed alarm to go off in five minutes. That is the alarm that means she needs to hurry up. But, what’s better: having a calm breakfast or five more minutes of rest?

She thinks about everything she has to do that day and covers her head with the pillow. Mentally she searches for the next moment of peace and doesn’t seem to find it during her meal time. Five minutes have gone by, and she gets up like a spring. She turns on her autopilot and starts to perform one routine task after the other.

She wakes up on the subway, when a terrible explosion makes her fly through the air. Only three seconds go by and she is out cold again. Three days go by. This time she is woken up by a machine that constantly beats. Each beat reflects the fact that her heart is still beating.

After that instance, Ana will never be the same. She will barely ever sleep, and her attention with always be active and ready to go. Ana has learned that any inconsequential moment can become significant in the blink of an eye. It is as if life, the one we love, also keeps disastrous magic tricks in store for us.

Why in the subway she takes every morning? Why didn’t she wake up earlier that day? Why didn’t she die, like some of the people who were also riding the same wagon? These are questions that stand out in her mind and to which she needs answers.

These are holes in her story that make it so her safe world suddenly turned into a place full of disguised potential threats, hidden behind innocent gestures. The world is no longer a controlable and predictable place. What sense does it all have if everything can disappear in an instant?

Ana doesn’t only need to heal her physical wounds. She must also once again feel the warmth of security. A sense of security that won’t return if she doesn’t find an answer to all of the questions that haunt her. It won’t return if she is not able to complete that morning’s story. She needs to do it in order to know that the guilty parties won’t have a chance to do it again.

It’s interesting, but many times superstitions have an immeasurable value in this sense. Let’s picture that Ana remembers that on said day she got out of bed with her left foot first. She is not superstitious, but she makes a connection in her mind.

A connection that is false and which lacks any logic, but which is utterly fantastic for her. Ana understands that if she gets up with her right foot, it will not happen again. This way, she has turned an incontrolable fact into something controlable. And this calms her. She has found a cause on which she can act and -while it does’t suppose any kind of disruption to her life- this is simply fantastic.

Dorian Gray syndrome is a set of symptoms quite telling of modern times. It consists of a resistance towards aging and an extreme fear that one's body will get deformed…

Maintaining friendships as an adult can be difficult for many people. The first step is to understand the new "rules…

The primary characteristic of cyclothymic disorder is a chronically fluctuating state of mind. We all know someone who has drastic…

Our mental landscape is a mix of our fears, nostalgias, desires and the things we think about. As such, the people…