Fernando Pessoa, a Most Prolific Writer

Fernando Pessoa was a rather prolific writer. He's one of the most important and influential Portuguese authors. He was part of the group that introduced the avant-garde movement to his country. His literary identity marked his work, as he often used heteronyms. 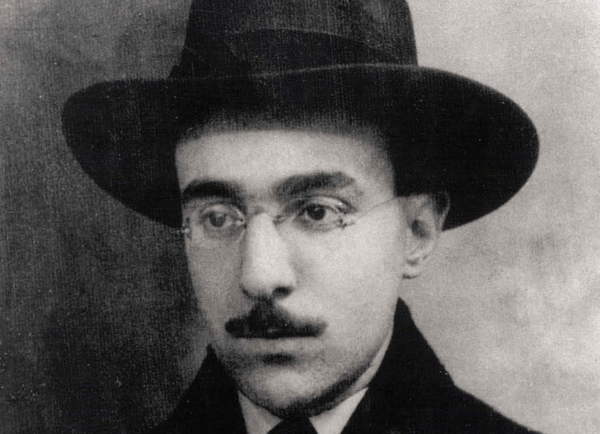 Fernando Pessoa, a prolific writer, wasn’t far behind in the task of creating history through his words. Each one of his text takes the reader to unmatched places, unexpected moments, and somewhat indescribable sensations.

This writer was a pioneer of the avant-garde and his work had a great impact on writing. In fact, it marked a before and after and opened a gate to exploring new paths.

Pessoa portrayed many aspects of humanity in his many poems and texts. However, he did it from multiple perspectives. He even seemed to be a different person under each name he used. Amazing, right?

This writer was born in Lisbon, Portugal, on June 13, 1888, at 3:20 in the afternoon. It took place on the fourth floor of house number 4 in Plaza San Carlos.

From the age of five, his passion for reading began to awaken in him. He was strongly influenced by his mother, who liked to write, and by his father, a newspaper editor. His aunt María Xavier, a poet, also had an influencing role in his life.

His father died of tuberculosis around that time. His brother Jorge died a year later. However, Pessoa reported that, as he was too young at the time of the losses, they didn’t affect him too much.

The writer lived with his paternal grandmother Dionisia for some years. She suffered from a mental disorder and, as a consequence, had to be interned in various Portuguese mental institutions. In 1985, Pessoa’s mother remarried a Portuguese consul. Thus, the family moved to South Africa, where the writer spent the rest of his childhood.

Later, they returned to Portugal and Pessoa stayed at his grandma’s house. He enrolled in various courses related to letters, but he didn’t complete them. His grandmother died six years later though, so he decided to install a letterpress in the house she left him.

This is when he began to write, make literary reviews, and translate for various magazines. In 1912, he launched himself as a writer for the first time in Orpheu magazine. This publication responded to the international avant-garde. Various writers related to Pessoa such as Sá Carneiro, Guilherme Santa Rita, Almada Negreiros, and Álvaro de Campos worked as collaborators in it. In fact, they published one of de Campos’ most scandalous poems after the second issue of the magazine: Salutation to Walt Whitman.

In 1915, Sá Carneiro, a close friend of Pessoa, committed suicide. This episode and a friend’s apoplexy were among the worst moments of his life. Pessoa intended to continue the magazine and launch another issue. However, he didn’t accomplish this.

A year later, the poet decided to establish himself as an astrologer. It may seem strange, but it was quite common for writers to engage in such activities. Four years later, he fell in love with a sales clerk to whom he wrote poems and letters. Pessoa died on November 30, 1935, at the age of 47 as a consequence of a liver condition. Some of his heteronyms appeared on his grave as a sign of his multiple facets.

A prolific writer and his use of heteronyms

Firstly, according to Wikipedia, a heteronym in literature is “one or more imaginary character(s) created by a writer to write in different styles. Heteronyms differ from pen names (or pseudonyms, from the Greek words for “false” and “name”) in that the latter is just false names, while the former are characters that have their own supposed physiques, biographies, and writing styles”. This creation linked to Pessoa originates as a need to be more. It’s thanks to the exploration of other worlds and sensations that one can know what’s in them.

Thus, it isn’t a fictional character or a pseudonym. Also, it isn’t the author hiding under another signature. Rather, when reading texts of different heteronyms, one can see the differences regarding the personality characteristics of each one, as well as in the writing style and literary current they’re marked by.

The creation of the Pessoa heteronyms obviously reflected in his life and work, the best known of which are:

This prolific writer not only created heteronyms, but also semi-heteronyms such as Bernardo Soares. “Semi” because he stated it in a letter to Adolfo Casais Monteiro: “It’s the result of the mutilation of my personality by taking away reasoning and affectivity”.

The creation of heteronyms occurred early. At the age of five, he created Caballero du Pas, a character to whom he dictated letters addressed to himself. Critics didn’t want to consider du Pas as a heteronym because Pessoa’s literary knowledge at that time was scarce. Surely, he didn’t have the elaboration and background of later heteronyms. However, some suggest it could be a proto-heteronym. In fact, the writer suggested his childhood was marked by a tendency to mystification and artistic lying.

However, Pessoa hasn’t been the only author to use heteronyms. One can see them in other well-known authors such as Miguel Unamuno and Antonio Machado. Ok, but how do they arise? Some researchers suggest this type of creation is the product of a Western movement in the late 19th century. The result of this movement was what you now know as an identity crisis in the subject. It’s something that reflects in the countless works of imaginary authors.

As a curiosity, let’s highlight the main coincidences between aspects of his life and the characteristics of the heteronyms he used. For example, Alberto Cairo Da Silva had tuberculosis, as his father. María José had a similar disability to his mother’s. Rafael Baldaya was an astrologer. Finally, Bernardo Soares, who, as Pessoa pointed out, was just like him, but without the emotional part.

Pessoa isn’t only mentioned due to his unique literary creation, but for his personality. In fact, some consider it was closely related to writing. Here are some of his traits:

The prolific writer developed a theory about his personality. He declared himself hysterical-neurasthenic, probably due to the influence of the context. Some believe Freud and Charcot influenced some of his writing. Note that such constructs experienced many changes throughout history. Also, others hypothesized that Pessoa didn’t follow said changes and merely tried to adapt the concepts to his own personality.

In his academic years, people described him as a kind shy boy, extremely sweet-tempered and intelligent, concerned with speaking and writing properly, and possessing extraordinary common sense for his age.

Octavio Paz describes him as:

Pessoa definitely stood out, not only for his creations but for his enigmatic personality. It’s always a challenge to find out more about him through his writings.

Actually, the knowledge about Pessoa is mainly based on what those who knew him had to say about him and what he expressed in his work. The consensus is that he had to write to feel alive.

The first thing to emphasize when talking about Pessoa’s work is he left about 27,543 manuscripts under 70 different heteronyms and pseudonyms. In addition, he only published one book while he was alive. The rest are posthumous publications. These are some of them:

There are many unpublished works and the production of Pessoa is more extensive than one can imagine. He left various letters among the found documents as a legacy with which the various scholars who study him can decipher aspects of his personality and approach. As far as possible, his strong relationship with writing.

Definitely, to speak of this prolific writer is to refer to an incomparable author and to a writer who multiplied through literary creation. To the standard-bearer of heteronyms, one of the most outstanding avant-garde authors. In order to find out more about him, one can find him in his works. This is because, as Octavio Paz, a fan of the poet, affirms, “Poets don’t have a biography, their work is their biography”.

The 5 Best Fernando Pessoa Quotes
Fernando Pessoa was a Portuguese writer and poet. Although he worked in other things, his greatest success was as a writer and he left behind great quotes. Read more »
Link copied!
Interesting Articles
Biographies
Five Quotes by Abraham Maslow