Fear of Horses or Hippophobia

Although horses don't surround us on a daily basis, some people extremely fear them. Equinophobia, also called hippophobia, is the name given to the fear of horses. It can be treated with cognitive-behavioral therapy. 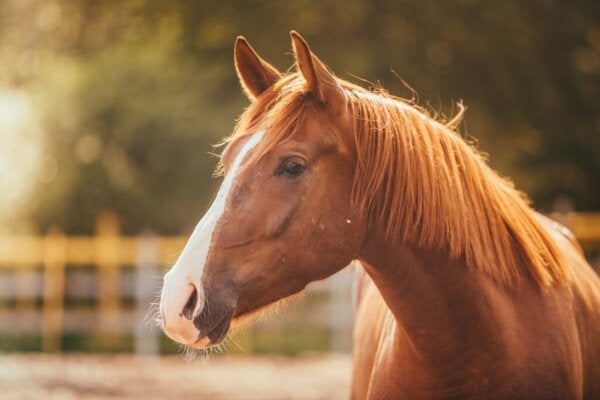 Fear is a natural response that, in an evolutionary sense, has helped save us from certain dangers. For this reason, it’s common for human beings to feel (a sometimes excessive) respect for certain animals. This respect can also turn into fear on some occasions. In this article, we’ll analyze the fear of horses.

The fear of horses doesn’t seem to be very common, but some people feel an intense fear of these creatures that can even end in anxiety crises. In the case of horses, we’re talking about equinophobia.

These animals, which many people believe are beautiful, noble and a symbol of strength, don’t usually surround us in our daily lives. This lack of familiarity and knowledge about them can generate intense fear in some people. However, phobias are irrational fears that aren’t related to a real threat.

The symptoms it causes

As with any phobia, the fear of horses creates anxiety. The most common symptoms are sweating, trembling, headache, nausea, dizziness, tachycardia, hyperventilation, or even vomiting.

For the person to be considered hippophobic, they must have experienced these symptoms, in addition to the exaggerated fear, for at least six months.

These symptoms usually occur when they see these animals or are near them. Nevertheless, they can also occur even when a person just thinks about them.

In other words, a person with an intense fear of horses may be greatly affected just by looking at an image of horses. Even hearing a story about someone you know that somehow relates to horses can trigger this reaction. The fear will vary depending on the person and the stimuli.

As we don’t usually encounter these animals in our normal day to day lives, this phobia doesn’t usually affect the lives of those who suffer from it too much. However, the person will try to avoid all circumstances where they may possibly end up seeing a horse.

For example, the fear can extend to other experiences. The mere fact of seeing the figure of a horse on a merry-go-round may mean that they’ll never go to an amusement park or a fair.

As a rule, phobias develop from traumatic experiences related to the object of fear. For example, in this case, it may be from a fall or having been hurt by a horse. The person doesn’t necessarily have to have experienced the trauma personally as such. The fear can have its origin in having heard a story about the occurrence or having observed it from a distance.

As with other phobias, a person may inherit a fear of horses. This means that a person may suffer from equinophobia because they learned from their mother or father that horses represented danger. Thus, from a young age, they would have developed an avoidance behavior and linked horses to the idea of danger.

Sometimes, phobias also arise from previous anxiety problems or disorders. These can generalize the fear and sense of danger to other unrelated stimuli. Another hypothesis is that, in a phylogenetic sense, the fear of certain animals for survival has been inherited, even though many other people don’t perceive it that way.

How to treat this phobia

As with any other phobia, three lines of action are usually implemented when trying to treat it. These three are cognitive restructuring, systematic desensitization, and relaxation techniques.

The first goal is to shape beliefs about horses in a more adaptive and realistic way.

Systematic desensitization focuses on exposing the person to the stimulus of the phobia little by little. Firstly, the therapist would make a list with the patient of all possible horse-related events or situations that frighten them. Then, they’d order them according to the degree of anxiety they cause.

Once they’ve done this, they would include relaxation techniques in the therapy. The person will then be exposed to the stimuli gradually, according to their degree of anxiety and emotional intensity for the patient.

Thus, if the last thing on the list (going from most to least traumatic) was to think about a stable full of horses, then the therapist will work on this thought while, at the same time, performing the relaxation techniques in order to decrease anxiety.

Once the patient has overcome their fear of this idea and thinking about it doesn’t affect them, then the therapist will go to the next one on the list, and so on.

This technique is very effective, as it’s based on elements that the patients themselves have chosen. At the end of the treatment, the person should be able to approach a horse, touch it, and even ride it.

Whatever the situation or case, in order to overcome the fear of horses or other animals, we recommend that you go to a professional psychologist. The treatment will not only diminish considerably, or even eliminate, the fear, but it will also provide the patient with resources to face other phobias.