A Father Never Stops Being a Father 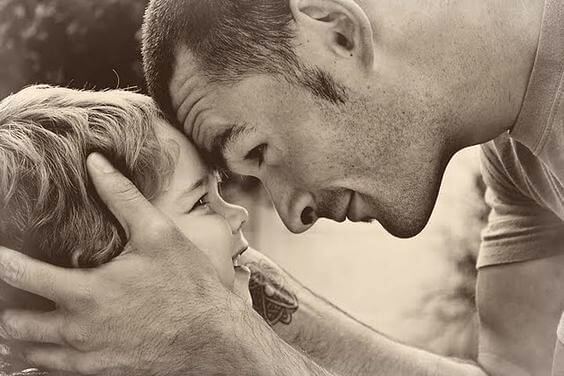 A father’s role has been changing over the years, and nowadays it does not seem to be well defined. It used to be more clear in the past. They were the economic providers of the home, and the ones who had the last word. Fathers were the voice of authority, but they weren’t as involved in raising their children and much less the domestic chores. Everything seemed to be in order this way.

The last few decades have radically transformed the male figure and, of course, the father figure as well. However, there is a point in which, both then and now, fathers feel deeply involved in the success of their children.

Previously, they used to worry about raising honest and hardworking people who would become productive citizens. Using that same logic, now some dads have chosen to become a kind of “manager” for their children. Not only do they want their kids to be good citizens, but they also aspire for them to become the best within a certain field. For example, sports.

This can be appreciated with clarity in the bleachers of any child tournament on the weekends.  They are always there, behind the scenes, managing their kid’s activity so they can become the best. Fathers get involved in this so much that they focus all the childcare towards these goals, even giving affection based on it. These are parents who project their fantasies of success onto their children. To a certain extent, they stop being fathers in order to become the personal trainers for their kids.

The direct and indirect pressures of a father

Many fathers struggle to establish differences between raising a successful child and raising a happy child. For a the most part, they are synonyms for each other. That is why, in good faith, they focus the education of their children towards accomplishments, especially if they imply competition.

These fathers want to feel proud of the accomplishments of their children. Sometimes they cannot differentiate their own desire from the desires of their children. The children, as a general rule, want to please their parents. And they learn to read their smiles and expressions of satisfaction when they obtain a medal, or when they go faster, when they score a goal, or obtain an A in math class. Making their fathers feel proud makes them feel confident. In this way, the children easily give in to these approvals or criticisms.

Usually, if the child doesn’t stand out in a certain activity, a wave of indifference emerges. The father might not recriminate them directly, though many times they do. In any case, they rarely hide their spare disillusion and disappointment. Frequently, they place distance between themselves and the child who disappointed them.

The father who hasn’t finished educating himself

The fathers who fall into this type of behavior are actually little kids seeking to vindicate themselves. It is probable that they were victims of a similar style of education. One in which high expectations were placed on them, but they might not have fulfilled them all.

Their children remind them of the kids they once were. Fathers want to repair what “failed” within them. That one thing which stopped them from becoming the “Messi” of the team, or the child prodigy of the class room, or the businessman with the most money. They feel they have a debt and, thus, transfer that failure to their own children. They do this in an subconscious way and with the best of intentions. Fathers truly believe that their wish is to make their kids be better than they were. Deep down, they want for them to have a more complete life.

The problem with this whole equation is that a crucial factor is being excluded: genuine love. That love which is capable of respecting processes, timing and mistakes. It is also the one which, fundamentally, accepts the other for who they are, with the whole package included: successes, mistakes, triumphs and failures.

The love of the “manager” father can be very deep, but that doesn’t make it any less selfish. A father like that is more worried about himself and his happiness than for the true well-being of his child. First of all, a father must provide a firm hand which fills his child with confidence and a certainty. The certainty that, no matter the circumstances, the child is someone valuable. They are someone who deserves to be acknowledged for their achievements as well as in any other eventuality of life.

Wellness
The Benefits of a Good Sense of Humor

At some point in your life, you've probably felt frustrated because you saw that someone with great human potential wasn't…

I've had enough. Have you ever said this to someone before? Asserting your rights, setting clear boundaries, and making it…

Romantic love: a commitment that knows no limits even beyond death, unbridled passion, a perfect complicity, birds singing...candles, soft lighting,…