Family Reunions - like Becoming Someone You No Longer Are 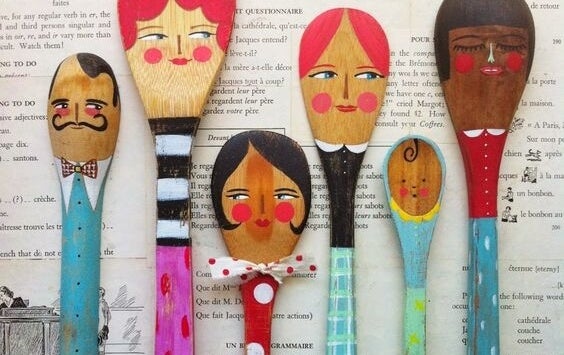 Sometimes, a family reunion can make you feel like someone you no longer are or that you never were. To your parents, you might still be that indecisive kid or that rebellious “backtalking” youngster. It doesn’t matter that you’re an independent adult. Sometimes, to your parents, you’re still the same child you were 20 years ago.

Often, people say that there is no greater storm than the ones produced in classic family reunions during vacations or Christmas holidays. Nevertheless, and as you already know, families come in all shapes and sizes. In some of them harmony, a great deal of respect, and a good sense of humor reign supreme. While in others, rancor is stuck like little thorns into those rigid dysfunctional bonds. Bonds which suffocate and stifle every family member.

“Happy families are all alike; every unhappy family is unhappy in its own way.”
-Leon Tolstoy-

However, there’s a phenomenon that not many people talk about. At present, and due to the economic crisis, it’s common to see many young adults that were previously independent with no other choice but to return to the family home.

Often, the feeling of failure in the professional world added at times to having to once again accept a role they had left behind. A role sometimes created by the family dynamic itself which has little to do with the person they currently are.

The family and its unconscious setups

For your parents, uncles, aunts, or grandparents, part of our childhood still remains. You are still, in some way, the middle child. That kid who spent half his life imitating his older brother and envying the concessions of his younger one. He might even have memories of that which people use to call his “bad temper”. Because he used to be too defiant, uncontrollable, and unruly.

When, in reality, that temperament is what perhaps made you who you are now. Proactive, creative, dynamic…all of which are traits that provide you with a great deal of satisfaction. Traits that you used to perceive as negative due to the constant comments from your parents. Comments which urged you to change, to “improve”, until little by little you discovered that you didn’t have to do so. Because they weren’t flaws, they were authentic virtues.

However, and this happens quite often, moving back home or going to family reunions can be tricky. You simply say or do something and that’s enough to hear the old sayings. “Look how stubborn and unmanageable you are. Such a bad temper! Where could you have gotten that from?”

Almost without knowing how, you sink back into your old role, the role of the rebellious or conformist child. Your accomplishments in the present don’t matter. How proud you might be of yourself doesn’t matter. Because in many families there’s an unconscious tendency to return its members into their previous roles. To that position which was built and shaped by the parents.

This type of phenomenon is very common and has, in fact, a very interesting explanation. The University of Illinois explains that within the family system, almost nothing functions independently.

In every family, there is a set of rules and unconscious setups, where each member must behave according to what’s expected of them. Likewise, patterns emerge where it’s somehow expected for each member to behave just as they did in the past.

This is without a doubt a very complex situation if you find yourself having to move back home due to personal or financial troubles.

Sometimes, it’s enough to simply cross the threshold of the family home to feel like you’ve traveled back in time. At times, that feeling is pleasant…comforting even. However, for many people, it implies having to delve into unresolved conflicts. To go into differences which produced distances as vast as entire oceans. Sometimes it even involves having to once again take on a role you had left in the past.

Making your family accept the current you

The person you were or whoever others thought you were in the past has very little to do with who you are now. And that is something that needs to be accepted by the people around you. It’s up to you to make them see and perceive this fact, attempting not to retake that role that your family expects from you. This way, you’ll manage to modify the patterns of the past which only seem to cause dissatisfaction.

Because few things are healthier than a family that enjoys the freedom to show themselves just as they are.

The Family Tree: A Tool for Growth and Healing
A family tree is more than just a drawing or a collection of names, dates, and family history. It can be a powerful tool to heal a person's problems. Read more »
Link copied!
Interesting Articles
Psychology
How Can a Child Survive in a Dysfunctional Family?

Growing up in a dysfunctional family can leave wounds with serious consequences for later life. However, these types of families…

Psychology
The Thin Line Between Alcoholism and a Habit

Today, you have left the office and, like every other Friday afternoon. You have agreed to meet some friends for…

Psychology
Transform Your Experiences into Sources of Positive Emotions

Psychology
Never Adapt to What Doesn't Make you Happy

Sometimes we do it, we adapt to something that does not make us happy, like someone who wedges on a…

We can understand self-concept as the idea or image we have of ourselves. It is formed and conditioned by the…