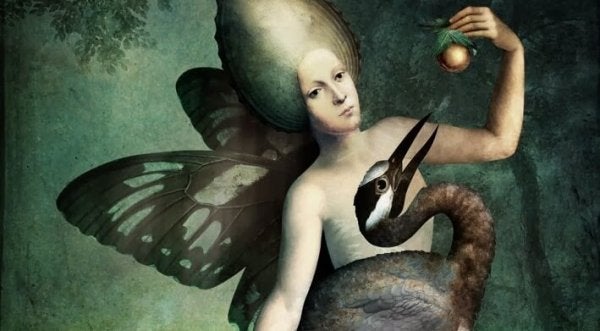 False generosity is one of the most common and harmful kinds of hypocrisy. They’re the people who don’t do favors out of kindness; they do them out of self-interest. It’s the classic narcissistic trap: doing a favor for someone as a way to manipulate them.

Some psychologists will tell you that pure, unselfish generosity isn’t always natural for us. We’re not all connected by genuine empathy. This is true even though most of us know that cooperating has contributed to our survival as a species.

“It is a great error to take oneself for more than one is, or for less than one is worth.”
-Goethe-

False generosity is openly out there in the world. Some people are so friendly and attentive just because they want something in exchange. Politicians do it, some of your family members do it, and bosses do it with their employees too, because they know that friendliness and can improve performance. Except, of course, when an employee gets sick or has a family emergency and their boss’ generosity vanishes.

As you can see, there are multiple hidden interests behind some apparently empathetic, supportive actions.  Be on the lookout! In fact, you might be doing some of these unconsciously too.

False generosity and a narcissistic society

Just think of a parent who gives all of their attention to their children. But their children are older and out of the house now, and trying as hard as they can to get a bit of space from the intrusion. The parent knows their child can make it on their own. But they constantly give them attention to make themselves feel better and validated.

This is so common that you’ve probably seen it with a friend or experienced it yourself. But reality can be much more complicated if you look a little beyond your own family. A large part of our society practices false generosity.

And on top of that, sociology tells us that the world is becoming increasingly narcissistic. They say the “me and only me” generation is getting bigger. This can be discouraging, but it’s social media that feeds this supreme need to cry out with a, “hey, here I am. Look at me, follow me, like me, give me positive reinforcement.”

Think of celebrities who use social media to show off their generosity. They support social causes, they work with nonprofits… but most of the time that’s just them selling their image. They’re using false generosity to convince us of how good they are.

Let’s look at Bill Gates and the difference between false generosity and real empathy. There was a time when a lot of reports were coming out about how some of the richest, most well-known people on the planet weren’t very charitable. Microsoft made piles of money and didn’t donate any of it to social causes.

He must have thought about how important it is to help with those kinds of causes and do something good for society. This is one example that looks like genuine empathy. However, it could also be that his advisers thought it’d be good for Microsoft’s image.

Maybe Bill Gates got to a point where he felt like he needed to donate that money so he could feel good about himself. The social recognition he could get from giving money could be gratifying. This is false generosity.

The 4 keys to false generosity

Our world needs genuine empathy. Amin Maalouf is a well-known French-Libanese writer and an expert in social problems, discrimination, and ethical conflicts. He says that if we teach people to be empathetic as children it will help mankind be more supportive and generous. But the dynamics in play right now are only pushing us towards a more chaotic, harmful narcissism.

False generosity is right there in all that. It’s just one more part of a narcissistic personality, so it’s important for you to be able to recognize it. These are some of the main characteristics of false generosity:

To wrap up, we’re all important, unique, and wonderful, but never forget that you have a commitment to other people. Never forget how to cooperate.  And always remember how valuable it is to practice genuine, selfless empathy.

Kindness is Good for the Brain
Kindness is not easy to define. The word is related to empathy and solidarity, but it isn't limited to those descriptions. It isn't just a trait Read more »
Link copied!
Interesting Articles
Personality Psychology
The Main Characteristics of Type A Personality

Psychology
9 of the Best Quotes from Slavoj Žižek

Slavoj Žižek is a Slovenian philosopher, psychoanalyst, and sociologist who has achieved notoriety all over the world thanks to his sharp,…