Failure Is Only a Bruise, it Shouldn't Be a Tattoo

Today's article will discuss how failure is only a bruise, so don't be afraid to try new things. 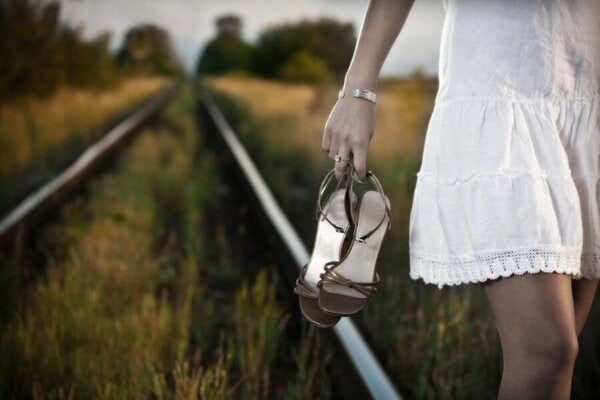 You may not be aware of it but failure is only a bruise. In fact, Henry Ford, founder of the Ford Motor Company, said that not learning anything from a given experience is the only failure. In this regard, one of the things people derive from the awareness of a mistake is self-punishment. Most tend to blame themselves deep inside while maintaining silence externally. People keep failure a secret as if the wound would never heal if they talk about it.

Many philosophers, philanthropists, and achievers have turned the meaning of failure around, and reveal how failure was only a bruise to them, not a tattoo. For example, Bill Gates reports that it’s nice to celebrate success, but silence is the one thing that can become a source of wisdom.

The emphasis on failure as weakness, wrongdoing, or guilt is a construct created by the anxiety of obtaining results. Some that, paradoxically, are often impossible without previous experimentation and failure. Apparently, mistakes are so bothersome in the eyes of this perfectionist unrealistic society. Thus, following the echo of its message people try to eliminate them from their self-images based on lies, which they repeat until they internalize them.

Failure is what makes success enjoyable

Why is it that people pay attention to the failures of those who are successful? It seems the glitter of effortless achievement is so deeply ingrained most believe themselves worthy of victory at the first try.

The result is important, but you must also be happy with the effort you make. A failure isn’t always a mistake, it may simply be a reflection of the best version of yourself under certain circumstances. Satisfaction should lie in the effort, not in the achievement. A total effort is a complete victory.

One of the important parts of the algebraic formula that spices up success is the difference in weight between your desire and your fear of failure. That being said, most great people have achieved their greatest success just one step beyond their greatest failure. It’s as paradoxical as it’s real.

Failure is only a bruise, an opportunity to start over in a smarter way

There are zillions of reasons for failure but not a single excuse. Failing once doesn’t mean you’ll fail at everything you do. Furthermore, failures are opportunities to start over, more resourcefully, more intelligently, with greater knowledge.

The way to acquire knowledge is through daily experience. You learn depending on the roads you travel. The best paintings, the best verses, the best songs, and even human’s greatest achievements didn’t happen in one day. In fact, it took years of perseverance to see the light after many failed attempts. Experience is the best teacher and the only thing you take with you when you pay the price for being wrong.

Finally, the attempts of someone who’s been wrong several times will turn failure into a bruise, not a tattoo. In this regard, it’s hard to be successful if it’s the first time you do a job or write a story. This is because failures are a source of inspiration and not a source of regret. Thus, in a way, people who avoid failure also avoid success and remain paralyzed. Thus, they’re mere witnesses of how their life passes them by and will never make the decision to climb again for fear of failing.

Learn How to Accept Defeat, it Doesn’t Mean Failure
It's important to learn how to accept defeat. Winning and losing are concepts in life that need grasping, each as important as the other. Read more »
Link copied!
Interesting Articles
Personal Development
Six Simple Ways You Can Change the World

We're sure you've often dreamt of a world where there's more justice and goodness. You've also probably been disappointed at…

The law of least effort to manage stress can be very useful. It's a very simple resource from Deepak Chopra's…

Personal Development
Decision-Making Fatigue, the Web that Traps You