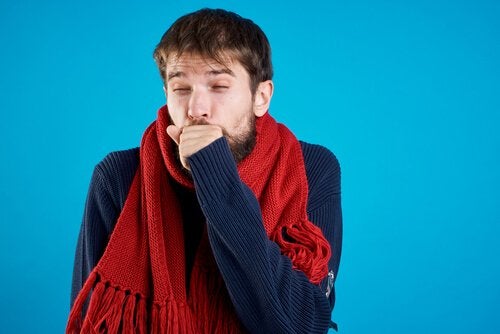 The primary characteristic of factitious disorders is faking psychological or physical symptoms or purposely causing them. Doctors diagnose it through simple direct observation or through a process of elimination. In many cases, however, it is still controversial because it’s impossible to completely rule out that the patient doesn’t actually have what their symptoms indicate.

People fake symptoms so that they can play the role of patient. However, they aren’t trying to get anything out of it. That is what differentiates this from malingering. Malingerers also cause their own symptoms intentionally, but their goal is easy to see when you know the circumstances.

For example, a malingerer might fake an illness to avoid a court date. Another example is a man who pretends to be sick to dodge the draft. Likewise, someone in a mental hospital might fake a decline in their health to avoid a move to a less desirable institution. This is also considered malingering.

People with factitious disorder, on the other hand, have a psychological need to take on the patient role. The absence of external incentives here contrasts starkly with malingering.

By definition, the diagnosis of factitious disorder always implies a certain degree of psychopathology. In other words, something isn’t right in the patient’s mind. That said, if a person has factitious disorder, that doesn’t rule out the possibility of other physical or psychological symptoms. In short, it’s a tricky issue.

The Diagnostic and Statistical Manual of Mental Disorders (DSM-4) lays out the following criteria for psychologists and psychiatrists in diagnosing factitious disorder:

A. Pretending or intentionally producing physical or psychological symptoms.

B. The subject wants to take on the role of patient.

The DSM-4 also sets the following classification for factitious disorders:

As we said before, the defining characteristic of this disorder is the intentional production of physical or psychological signs and symptoms. The patient may make up symptoms (i.e. the patient complains of stomach pain without actually having it). They might also falsify their symptoms. For example, some patients have created abscesses by injecting saliva under their skin.

The symptoms could also be an exaggeration or exacerbation of a pre-existing physical disorder (i.e. a patient with a history of mental illness pretending to have delusions). Likewise, the symptoms could be a combination or variation of all of the above.

What traits do people with factitious disorder have?

People with this disorder usually explain their story in a dramatic way. Then, if you ask them for more details, their answers are vague and inconsistent. They tend to get carried away with lies that quickly spiral out of control. Their lies are pathological and are meant to get the attention of the person asking the questions. The patient lies about their story and symptoms.

Often, individuals with factitious disorder know a lot of medical terminology. Their knowledge of how hospitals work is extensive. They usually complain of pain and demand pain relievers. When the physician fails to find any physical problems, they start to complain about other things. Then, they come up with new factitious symptoms.

Individuals suffering from factitious disorder often undergo numerous exams and surgeries. In addition, when they’re in the hospital, they don’t usually have a lot of visitors.

When they realize that others know they’re faking, they either deny it or leave the hospital. In fact, they might leave even against medical advice. Usually, they will be admitted to a different hospital the very same day.

This subtype of factitious disorder has a clinical profile with prevailing signs and symptoms that are psychological. The primary symptoms consist of the intentional fabrication or pretense of psychological symptoms.

The symptoms suggest mental illness. The apparent goal of the individual is to take on the patient role, and there’s nothing in their life that they’re trying to use their “illness” to manipulate.

Professionals usually recognize this disorder by observing symptoms that don’t fit a typical symptom pattern. The symptoms have an unusual clinical course and therapeutic response.

In this subtype, the prevailing signs and symptoms are of some kind of physical illness. Individuals with this type of the disorder fake or self-inflict a number of different medical problems. Some examples are:

The most serious and chronic subtype of this disorder is called Munchausen syndrome. People with Munchausen syndrome are in the hospital frequently. They are pathological liars and all parts of their body are potential targets. The only things that limit their symptoms are their own medical knowledge, sophistication, and imagination.

Factitious disorder with a combination of psychological and physical signs and symptoms.

Lastly, this subtype consists of individuals who have a combination of physical and psychological signs and symptoms. However, neither one is more prevalent than the other. Again, here the most serious and chronic form of this disorder Munchausen Syndrome.

What is the course and evolution of fictitious disorder?

The clinical course of factitious disorder is of intermittent episodes. Less common are single episodes, or chronic illness with no remission. The illness starts in early adulthood. Additionally, it often coincides with hospitalization for an identifiable physical or mental illness. For people with the chronic version of the disorder, their successive hospitalizations become almost a lifestyle.

Illness As a Conflict Between Mind and Body
The body talks and expresses itself through symptoms. Illnesses, wounds, pain, and discomfort indicate that something bad is happening in the body. Most of Read more »
Link copied!
Interesting Articles
Psychology
Writing as a Therapeutic Tool

Psychological therapy addresses many different problems, disorders, and personal difficulties. Psychologists who practice psychotherapy (the best-known way to practice "psychology") have to be very creative when choosing, creating, or adapting…

Psychology
Changing is Not Easy, Even if You Want to. But Why?

Changing is not easy. In fact, there are some aspects where it's not possible and, sometimes, not necessary either. There…

To speak of the psychology of color is to speak of emotions. It's like a language capable of evoking pleasure, happiness,…