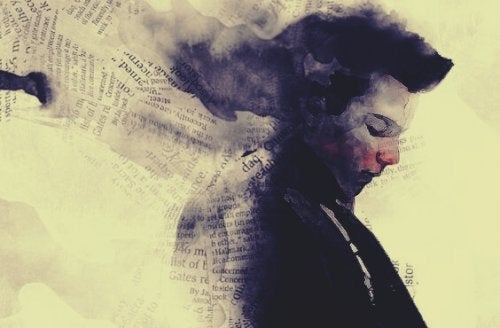 We’ve all encountered people who set expectations, commit to something, and then don’t show up. You see it in couples when one of the two disappears and the other doesn’t know what to think. Facing the consequences is difficult for these people. You also see it in business and at work, when you agree to invest your time in something and then the other person doesn’t respect the agreement.

Avoiding consequences and responsibility is some people’s style. They create conflict and then they leave. Later, when it is time to share responsibilities, it’s hard to find them. This is also how criminals act. They want the benefit, but they aren’t willing to pay the price for the risk that they are taking.

“Trying to fight against an invisible enemy is like trying to avoid your own existence.”

This type of behavior is damaging to those on the receiving end. It is profoundly unsettling. You can spend a long time trying to solve the puzzle of why someone would act this way. It’s possible that in the end, you just end up mistrusting everyone else, and full of self-reproach. Luckily, we have it in our power to stop this from happening.

Avoiding consequences is due to shame and cynicism

Those who don’t dare to face the consequences know or have a feeling that they’ve done something wrong. In addition, they know on some level that the end doesn’t justify their means. In other words, the reasons that they had to act in a negative way aren’t valid. They lack weight, logic, honesty, and consideration for others. They are aware that their actions and motive were negative.

They consciously act against ethics and values. At the same time, there is some ambiguity: they aren’t willing to admit to others that their behavior is unacceptable. They don’t want to say that they made a mistake. Their attitude is that of embarrassment.

However, this attitude also demonstrates a lack of shame. Avoiding consequences is a way to resolve something by ignoring the other person and denying them the consideration they deserve. People who behave this way lead the other to believe that they aren’t interested in fixing the damage. They display a certain contempt for the other person (“it’s not that big of a deal”). They want the victim to deal with the consequences and accept that they can’t do anything about it. In this sense, avoiding consequences is also a form of cynicism.  They are aware of their bad behavior, and they leave the victim to fix the problem however they can.

Avoiding consequences is an obvious sign of a lack of responsibility. Societies are built on implicit and explicit collective agreements. Laws, religion, and ideology are some of the ways to communicate the importance of these agreements. They are necessary to live together in a group. We get benefits from others and we must offer something in return. This is the basic agreement.

Responsibility literally means the capacity to respond. It is something we start learning in our very first years of life. It means having an awareness of the commitments and obligations that we have to other people. Some people manage to learn that responsibility is a personal and autonomous choice. You don’t need someone looking over your shoulder to make sure you fulfill your end of the bargain. You don’t depend on others to reward or punish you, you rely instead on your own conscience.

Avoiding consequences means avoiding the obligation to be accountable for your actions. This attitude breaks commitments and, clearly, breaks trust as well. This kind of behavior also demonstrates a lack of autonomy. People who prefer to hide are prisoners of the reward-punishment framework. They act like they did when they were children, hiding when they do something wrong.

What to do with those who avoid facing consequences

A person who doesn’t want to take responsibility for their actions ends up doing a lot of damage to other people. It can be very painful when someone hurts you and doesn’t apologize. It can make you feel incredibly helpless. All things being equal, it is something like emotional deception.

This type of behavior is also a kind of manipulation. Leaving someone else to resolve a situation introduces another kind of discomfort. The absence of the person who doesn’t want to face the consequences actually creates and maintains ties to the situation. The conflict ends up in limbo and gets dragged out. The negative emotions that arise drag out as well.

When you are left alone with the responsibility to bring closure to a situation involving two or more people, you don’t have any choice but to accept the challenge. It is best to rid yourself of the fantasy of making the other person come back and take responsibility. This fantasy is part of the net of manipulation. Let go of the person who won’t face the consequences. Solve what you can and turn the page. That is the wisest thing you can do.

The Danger of Good Intentions
Good intentions are empty if they don't result in action. It's important to resist taking action too hastily, which could produce undesired consequences. Read more »
Link copied!
Interesting Articles
Psychology
Why Do We Dream About Our Exes?

Educating is not easy, and it is even less so when it comes to teaching how to think. This requires effort…

There are those who keep thinking that hugging children too much, showing them affection, and cuddling them will end up…