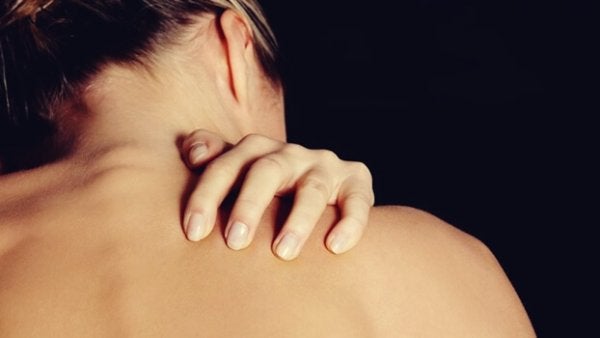 The relationship between skin diseases and our emotions sometimes is very clear. One example is excoriation, or skin picking disorder.

It consists of the uncontrollable need to scratch oneself, pinch oneself or pull off acne scabs, going so far as to cause visible lesions.

You may never have heard of skin picking disease. On the other hand, you may have just been diagnosed with it, or perhaps you belong to the sector of the population not yet fully aware that you have this problem.

Strange as it may seem, it’s quite common and commonly associated with depression, anxiety disorders or obsessive compulsive disorders (OCD).

It’s clear. Dermatologists need to develop the ability to see beyond the skin of patients with psychogenic excoriation.

It’s also interesting that medical literature has talked about this psychological condition for more than a century. It appeared for the first time in 1875 with the name “neurotic escoriation”.

Later, French dermatologist Bocq described the striking case of an adolescent patient who almost constantly scratched the areas where he had acne. In fact, it eventually left his face almost disfigured.

There are extreme cases and there are also patients with milder symptoms, which again demonstrates that a good proportion of dermatological problems have a psychiatric basis that needs to be detected and treated.

That’s why some people go through all kinds of expensive treatments for skin conditions without the true root of the problem being diagnosed first. Excess stress perhaps, or heightened anxiety, or hidden depression…

Let’s have a look at some more facts about excoriation.

Excoriation disorder: what is it and who does it affect?

Excoriation or skin picking disorder appears in the DSM-5 (the Diagnostic and Statistical Manual of Mental Disorders). It is in the section on obsessive-compulsive disorder and related disorders.

What does this mean? It means that we’re talking about a person who has the constant need to scratch themselves, pinch themselves, bite or rub their acne, and they can’t control this behavior at any time. They do it automatically and constantly.

Some experts see excoriation disorder as a kind of addiction, an uncontrollable need to scratch the area of the body where the person perceives a defect.

Whatever the case, what is clear is that we are looking at a psychiatric condition, a behavior where the patient does not see that they are causing damage and injuries that lead to infections and that eventual disfiguration.

Who usually has excoriation?

The statistics are striking: it is estimated that excoriation disorder affects around 9% of the population. It appears in both sexes, while it is much more common in women. Also, most cases are in people between 30 and 45 years old.

Why do people do it?

Even now skin picking disorder is not understood in depth. One of the hypotheses is that scratching the skin calms them down or acts as a way to handle stress, anxiety, negative thoughts, fears, frustrations…

However, this behavior happens automatically, so it may be done while someone is reading, studying, watching television, etc.

It’s also common for excoriation disorder to be accompanied by other kinds of psychiatric conditions:

On the other hand, something to bear in mind is that there is a genetic component in 40% of cases. That is, this disorder has a very similar hereditary pattern to trichotillomania (hair pulling disorder).

At first glance it may seem like any other mania, innocuous and even innocent. So it is necessary to emphasize again that it’s a psychiatric disorder where the apparently innocent behavior of the patient ends up causing serious injuries.

Some people use their nails or teeth, and others end up using tweezers or even needles. And the objective (the need) is always the same: to remove the skin.

As we can deduce, the treatment in these cases is multidisciplinary.

Incidentally, over the last few years, gloves for people with excoriation disorder have been on the market. They are a simple way to channel anxiety, where the person can entertain themselves by scratching the ornaments embedded in the wool of the glove.

The limitations and chains you encounter along your way are very often self-imposed. The frustration this makes you feel and the fact…

There is a lot of material to help us plan when it comes to solving problems, but what about that thing we call a hunch? It is something that doesn't…

Psychology
Be True to Yourself

Be true to yourself. That's a maxim that you should never forget, because there is no other way of making things happen. If you have dreams and hopes, you are…

Psychology
Respect Your Rhythm, Respect the Rhythm of Others

Be and let be. Live and let live. This principle, which is so simple and elemental, is not applied very…

Psychology
Silence Is Vital to Regenerate the Brain

Silence has been a source of many reflections throughout the ages. At the same time, we have filled our homes with…