Everyone Has a Refuge to Hide from the Storm 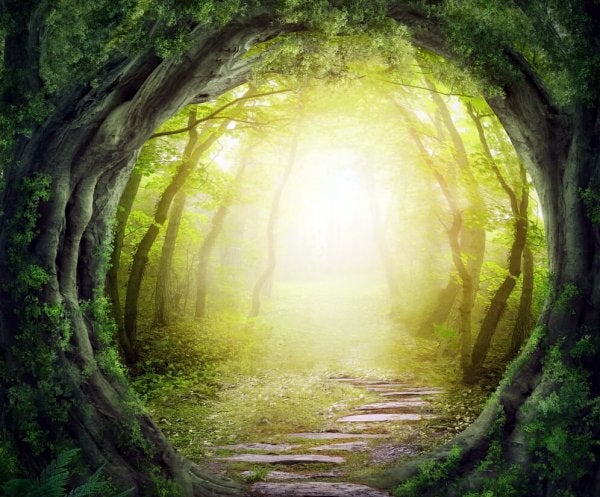 In his book The Labyrinth of Spirits, Carlos Ruíz Zafón said that “anyone who aspires to conserve their healthy judgment needs a place in the world where they can and want to get lost.” He described this kind of refuge, this place of security, as “a little annex of the soul where, when the world gets shipwrecked in its absurd comedy, one can always run and hide and throw away the key.”

This reflection certainly gives us something to think about. On one hand, it seems like we all have that little corner, refuge, or safe space where we feel the most protected. It could be a physical space, a place in the mind, or a combination of both, where there are physical objects, but also memories and hopes.

It’s a place very few people are allowed near, and nobody has gone inside. It’s where you keep the dreams that you’ve shared with very few people, and also the ones you haven’t shared with anyone. The same is true for sources of pain.

Alicia Gris, the enigmatic protagonist of The Labyrinth of Spirits, is an almost perpetual inhabitant of this refuge, but at the same time, she doesn’t know most of what’s inside it. Very little leaves this refuge, so her eyes are too tired to make out the shape of the things inside it or identify what defines it. Behind her security blanket hides the portrait of an insecure person, like many people of flesh and fire.

What’s in your refuge?

In these refuges, we keep the smell of people who have helped us out. We keep very special memories of those who do it every day, and those who do it for no other reason than to make us feel good. We also keep those things that we cling to in our worst moments, and small trophies of our greatest triumphs. We keep the people who have passed away, who we’ll never see again and who we miss terribly.

This refuge also holds those dreams that we left on the shelf when we were younger. These dreams are proof that there was a time when they were in our hands, but they’re also proof that we haven’t picked them back up again. There are also stacks of mixed “unspeakable fantasies,” which include the desire to drop everything and start to really live.

-Are you okay, Fermín?
-Like an angry bull.
-Well I think I’ve never seen you so sad.
-This is what you choose to see.
Daniel didn’t prod.
-What did you say? Are we getting by? What if I invite you to some drinks in El Xampanyet?
-Thanks, Daniel, but today I will say no.
-You don’t want to? Life is waiting for us!
Fermín smiled, and for the first time, Daniel realized that his old friend didn’t have a single hair left on his head that wasn’t gray.
-For you, Daniel. All that’s waiting for me is memory.

-The Labyrinth of Spirits by Carlos Ruíz Zafón-

The refuge also holds our fears, our most fragile and vulnerable parts. Those that we’ve put words to but that continue to scare us, those that we feel but don’t dare to uncover because it terrifies us to discover the truth that lies beneath.

We also keep the memories of the times we were the worst version of ourselves, as well as the times we outdid ourselves. When we think of those times, we wonder how the hell we were able to do it, being just a grain of sand in the universe.

In this corner of ourselves lives one of our biggest paradoxes: being replaceable and expendable even though we’re incomparable.

It’s a refuge to pass through, not to stay

Spending too much time in this refuge would fill our eyes with an ocean of nostalgia that would be almost impossible to navigate. It would also bring us pieces of the past and the future, completely eliminating the present, where all our senses actually are. People who spend too much time there go through the day on autopilot and project a sense of absence and distance.

In fact, all the positive things sitting on those shelves or stacked on the ground start to give off a sad smell. At this point, our interior completely detaches from the image we project, because the more time we spend in that place, the more difficult it is for anyone to get close to us, so they distance themselves more and more.

So what can we do to keep this refuge from flooding us with negative emotions?

As you can see, this refuge can save you on many occasions, but it can also become the worst trap to fall into. My recommendation is to enjoy it as much as you can while you’re there, but don’t reduce your life to what’s within those four walls, whether they’re real or imaginary.

After Many Storms, I Finally Found Peace

Link copied!
Interesting Articles
Psychology
When I Let Myself Feel, I Find My Strength

When we were young the adults in our lives taught us that we had to use good manners. They said that…

Childhood is that time when a beautiful paradox takes place: we are capable of building the strongest foundation in the shortest…