Escitalopram: Its Use and Side Effects 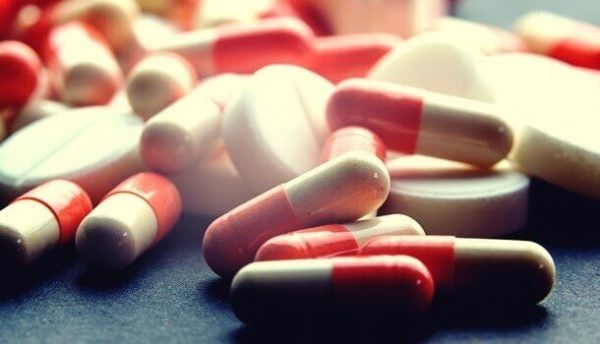 Acute depression, anxiety, panic disorder, obsessive-compulsive disorder… These are all very real conditions, and many people suffer greatly with their symptoms. They also have something else in common: they are often treated with escitalopram (Cipralex). This is an antidepressant drug, one of the most prescribed ones by doctors, and are part of the group of selective serotonin reuptake inhibitors.

Escitalopram is on the market under such well-known names as Cipralex, Lexapro, Ezentius, Ipran or Neuroipran. Those who have gone through a major depression, or who are currently suffering one, will have undoubtedly heard of this component. If this is the case, then that’s because it’s especially effective in comparison with other drugs, such as its predecessor, Citalopram or even Fluoxetine (Prozac).

Escitalopram (Cipralex) is a medication developed by the Danish pharmaceutical company Lundbeck, which acts as a selective inhibitor of serotonin reuptake (SSRI) and is especially effective in the treatment of acute depression.

We are talking about one of the most prescribed psychotropic drugs for the treatment of mood disorders. After coming on to the market in 2001, through the laboratories of Lundbeck and Forest, people had high hopes about it for one specific reason. Escitalopram is a fast-acting antidepressant. It works quicker than other drugs of the same type. Let’s look at it in detail.

What is escitolopram and what is it used for?

In our blog we have already talked about serotonin. This substance is exceptional in the fact that it behaves as a hormone in the blood, and a neurotransmitter in the brain. One of its main purposes is to regulate our state of mind. It generates well-being, motivation, and boosts energy and optimism. In essence, it enhances all the abilities that define us as human beings and that allow us to function, relate to others and be creative.

In mood disorders, such as depression or panic disorders, this neurotransmitter is lacking in some way. It is common to have to resort to the pharmaceutical approach, in order for the patient to recover their neurochemical balance. Escitolopram achieves this, and it does it by blocking the reuptake of serotonin. In other words, it prevents it from being reabsorbed into the postsynaptic receptors. By doing this, it increases its concentration in the intersinaptic spaces.

The ability to ensure our brain has an adequate amount of this neurotransmitter is something that many other drugs can do, drugs such as fluoxetine. So what distinguishes escitolopram from the rest? Why is this psychotropic drug one of the most popular? Let’s have a look…

We have to say that for a time there seemed to be another reason why health professional prescribed escitalopram so much. Many felt that it was due to the heavy marketing, which tried to convince mental health professionals to prescribe it. Now that all the results from the clinical studies are in, we can see that they are conclusive. All of them make one thing clear: this psychotropic drug is demonstrably superior to other SSRIs on the market.

What is escitalopram used for?

Side effects of escitalopram

The side effects of escitalopram are very similar to that of the other SSRIs of the same type. Furthermore, they are generally tolerable, although that will undoubtedly depend on the duration of the treatment itself. The most common side effects would be the following:

Among the most severe effects that can develop is sexual dysfunction. However, we should point out that this characteristic is reversible, once the treatment is suspended. Finally, as always, we have to point out that these types of drugs can only be prescribed by professionals. You must avoid combining them with other medications, such as antidepressants in the monoamine oxidase inhibitors (MAOI) class.

Likewise, it is important to assess whether the patient has kidney or liver problems. In these cases it is better to try other options. Pregnant women and the elderly will always receive a lower prescribed dose. Therefore, you should trust the advice given by your doctor and his recommendations and prescription. Don’t forget that drugs are not the only answer for the treatment of mental disorders. They are just one part of a multidimensional, personalized and sensitive approach.

Chronic Anxiety and its Link to Norepinephrine
What is norepinephrine? And what is its relationship to chronic anxiety? Read on and find out more about this vital element for our bodies. Read more »
Link copied!
Interesting Articles
Wellness
10 Tips To Start Taking More Care Of Yourself

A few days ago, I had the privilege of enjoying one of the many videos published by writer Elsa Punset,…

Wellness
Grief - 5 Quotes to Help You Through a Loss

Everybody goes through the process of grief at some point in their lives. Going through each stage at a time…

Wellness
Love to Disarm And Humor to Soften

If there are two key ingredients to maintaining better mental health, better relationships with others and being happier overall, they…

Wellness
How to Turn Fears into Workable Challenges

Fear is a fundamental emotion to which all our other emotions are related. It generates both internal and external discomfort and…

Wellness
Empty Chairs: When Christmas Is Tinged With Nostalgia

Personal Development
If I Believe in Myself, I'll Never Stop Growing