Why Do Emotions Influence Us More Than Reason? 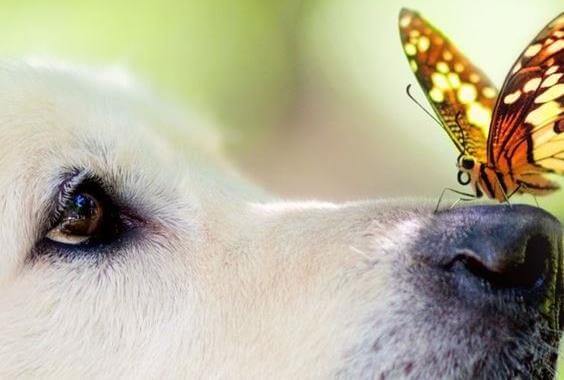 Human beings are an amalgam of perceptions, emotions, feelings and thoughts. All of these elements form a unit, and this unit contributes to our way of being and acting in the world.

Our mind is extremely powerful and skillful in directing our behavior, both for good and for evil. Thanks to our mind, we perform various rational thought processes as well as feel extraordinarily powerful forces: emotions.

Thus, we can say that we are made up of reason and emotion. Forces that sometimes point to the same place. Other times they confront each other and force us to make a decision. We have the choice to follow our “heart” or to listen to the list of pros and cons.

“The more open we are to our own feelings, the better we will be able to read those of others.”
-Daniel Goleman-

Most of the studies that have analyzed this process of decision-making affirm that, usually, emotions win. This is basically due to the fact that reason occupies a higher level on the scale of subjective experiences. Thus, you need more experience, time and a higher degree of skill to build reasons than to let your emotions flourish.

Emotions: as ethereal as air and as dangerous as sulfur

“Emotion,” etymologically means: “movement or impulse” or “that which moves me towards something.” Emotions are subjective experiences that induce you to act. They emerge basically from our perceptions of the world, instead of from an actual reasoning. Put quite simply, something that we perceive as beneficial unleashes emotions of pleasure. The same applies for the opposite.

Many human behaviors depend on emotions. Emotions have a great effect on the decisions we make. In fact, usually, they are crucial.

Fear, for example, is a very powerful emotion, according to the specialized psychologist Rob Yeung. That’s why it is frequently used to influence communication and is an effective political strategy. Additionally, shame and pride are emotions that make human beings very manipulable.

Exploring the origin of our emotions…

In theory, emotions are not decisive, but in reality they can be very decisive. They are intrinsic to human beings and seep into all our judgments and deliberations in life. It is not about denying them, but rather about identifying them and learning to channel them for our own good.

There are many everyday examples that show how emotions dominate much of human behavior. For example, when someone thinks they should be more patient but then they have to wait in line, or tolerate a delay. They despair and forget their purpose.

Emotions usually obey unknown causes. We do not know exactly why we come to feel intense anger when we are served a cold cup of coffee. Especially if our mind tells us that it really is not that important of an issue. We also tend to ignore why we are so afraid of public speaking, for example. If at the end of the day, it is a situation that can be controlled.

The truth is that the power of emotions originates precisely from the indefiniteness of their origin and development. The are a part of us that is diffuse and sometimes incomprehensible. However, deep down, every emotion takes the shape of our instincts of survival, of preservation of the species, of defense, of attack, etc.

Is there a chasm between reason and emotion?

The truth is that there is no clear limit or barrier separating emotion from reason. Actually, it’s all about dimensions of the human mind that are always acting together. Emotions give way to certain thoughts, and thoughts, in turn, give birth to emotions.

Every emotion is thought out to some degree. When this degree is low, it gives way to confusing and erratic emotions. When the degree of reasoning is high, it allows you to have a deeper and more balanced experience of reality. Emotions that have barely been thought out lead to a distorted perception of reality.

People who call themselves “highly rational” don’t escape this logic. If you look closely enough, that refusal to let emotions leak into your life probably results from a deep fear of “losing the control” you supposedly have.

In the same way, imagining purely emotional actions, without even a pinch of reason, is more or less absurd. Human beings can’t deny or ignore their cerebral cortex, unless one suffers a brain injury or inhibits their cerebral functions by way of some chemical.

Achieving the balance between reason and the heart

Emotions are not prancing and runaway horses that we should “take the reins of.” They make us who we are as human beings. They help give meaning to our world. They do not have to be “eradicated,” nor denied or undervalued.

Quite the contrary: being able to feel means being able to be human. Only on the basis of emotions can love, sacrifice, big dreams and great deeds be built. However, this does not mean that we can or should leave those emotions in a “raw” state. We should never settle for experiencing them without reflecting upon them.

We achieve balance when we are able to be attentive of what we feel, not in order to defend it, but for the purpose of channeling those same emotions so that they will be beneficial and useful. That means that if I am afraid, the best option is to recognize it. I should explore this emotion and turn it into a force that will play in my favor. Why not? If you have a fear of public speaking, you could design excellent technological aids to help you cope. This will help you confront it.

Emotions influence us more than reason, because they are found within a more primitive and deeper part of our brain. They are at the basis of everything we are. Reason is like a chisel with which you can polish your emotions in order to pacify them. In order to allow them to help us lead a better life.

Grudges are pent-up pain and anger that becomes frozen in time at the moment of whatever provoked it. We detach ourselves from what happened before or what could happen in the…

We all deserve to experience true love that pushes us to be better every day, with honesty and without pretenses. The kind of feeling that calms your fears and nurtures you…

Lovesickness is real, and its victims number in the thousands. There are relationship addicts who push aside their self-respect and dignity…

Wellness
Say What Bothers You When It's Happening, Not When It's Too Late

The most appropriate time to indicate that something bothers you, overwhelms you and hurts you, is now. Only at this moment…