Emotions and Hypertension: an Unexpected Relationship 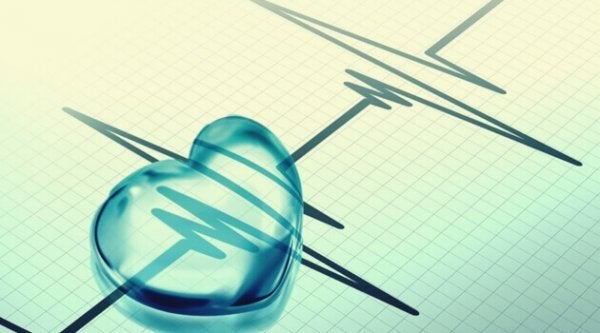 Hypertension is a psychosomatic disease. This means that both physical and mental factors are involved. Therefore, it’s possible for there to be a relationship between hypertension and emotions.

First, hypertension is an abnormal increase in the pressure blood on artery walls. Millions of people in the world suffer from this condition. While more common in middle age, it can occur at any stage of life.

The exact cause of hypertension is still unknown. In addition, it is a chronic disease. This means we can control it, but has no known cure. The condition can have serious consequences, in extreme cases even leading to heart failure or stroke.

All experts agree that emotional factors greatly influence the increase of blood pressure. This is especially true in the case of very strong emotional states or prolonged stress.

Some professionals, like researcher Luis Chiozza, go further and say unconscious processes are important risk factors when it comes to hypertension. Let’s take a more in-depth look at the relationship between emotions and hypertension.

“What people keep silent with their lips isn’t only expressed through emotions or attitudes, but also through the functions of certain organs.”

Franz Alexander is a doctor who has studied the relationship between emotions and hypertension. Using his past cases as a reference, he concluded that there was a link between repressed or inhibited anger and this disease.

In his studies, he stresses that hypertensive patients tend to be highly submissive and dependent. Furthermore, they have difficulty expressing disagreement and turn instead to hostility and resentment.

According to the researcher, the tension produced in these hostile, destructive situations is what gives rise to hypertension. Physiologically, the contradiction between anger and its repression affects blood vessels.

To put it in layman’s terms: often what happens with hypertension is that two feelings are in opposition which, in turn, correspond to two physiological processes.

Here there is anger, which increases the blood flow, and repression, which causes the blood vessels to contract. This tension increases over time and that’s when hypertension happens.

Mittelman and Reiser, other scholars who agree with this explanation, have pointed out that various factors may generate the emotion inside.

One of them alludes to frustrated desires of dependency. In other words, the patients wanted someone to take care of them and they didn’t get anyone to do so.

Other sources of contained anger are: damage to self-esteem, the threat of losing one’s job, or disagreement with a feared authority, among others.

Viktor Von Weizsaecker, the famous German doctor, adds that the anger related to hypertension is often connected to a feeling of humiliation.

It indicates that those with hypertension feel they haven’t reached their life goals and the illness is a way to compensate.

Along the same lines, Dr. Luis Chiozza points out that hypertension appears when we feel our personal dignity has taken a hit.

In this sense, the hypertensive person perceives that they’ve been treated unfairly and feel helpless in the face of the mistreatment.

They desire vindication, but they try to get it by becoming “worthy of pity.” In other words, they become more helpless still. That’s why it causes disease.

Now, all of these experts speak from a psychoanalytic perspective. From this approach, they seek an understanding of unconscious symptoms. These symptoms often appear in the body, as occurs with psychosomatic diseases. They see the disease as a marker of an unconscious reality.

We should note that positivist thinkers have criticized all of them, seeing their proposals as pure speculation.

Beyond these theoretical debates, what we can look at is treatment. Many of these hypertensive patients have improved when treated based on these hypotheses.

Likewise, many clinical reports show a relationship between emotions and hypertension. In particular, aggression and hypertensive crises are connected.

People with the disease should analyze their emotional health and ask if they feel respected. Perhaps the answer to that question is the key to improving your health.

My First Time Seeing a Psychologist
I never thought I would need to be seeing a psychologist. What's more, I had never worried too much about the work of psychologists Read more »
Link copied!
Interesting Articles
Wellness
I Want the Best Version of My Childhood for My Children

During vacation periods or the holiday season, we live as if we were children. We have that sense of mystery and excitement…

Wellness
How Do You Know If Your Partner Really Cares About You?

Maybe this article’s subject seems rather naïve to you. Who can’t tell if they are loved by their partner or…

Wellness
You Must Love Yourself Before Others Can Love You

Love is the starting point of all emotional well-being, but it is also what allows us to be comfortable with…

Wellness
Hidden Signs of Sadness You Need to Know About

The hidden signs of sadness can disguise themselves in a million different ways. Sadness is a form of discomfort we try…