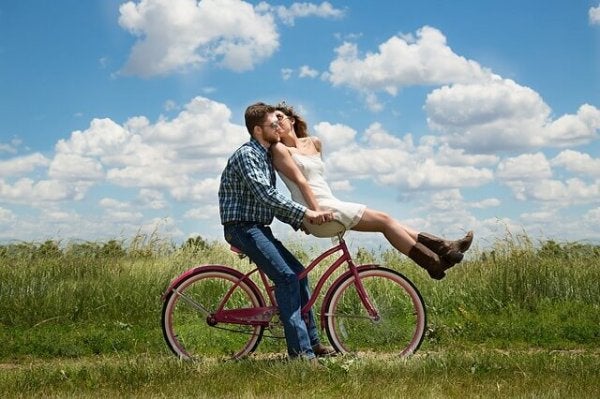 After a very painful breakup or multiple unsuccessful relationships, you may feel completely lost. Like a ship stranded in the middle of the ocean, drifting and out of control. For many people, the alternative to this situation is emotional tourism. Fleeing from the situation, without trying to heal from our past and letting your wounds close.

Leaving a person you’ve gone through so many things with hurts not only because of the physical separation, but also the emotional separation. In fact, the latter is the hardest one to heal because we resist that type of healing.

After a breakup, many people go through a long mourning process in which, bit by bit, they try to come to terms with what happened: the loss of a life partner. At first they refuse to accept it. Then hopelessness invades, possibly along with depression and severe anxiety.

The next phase of the process is acceptance. This is the return to the real world, and the realization that their hopes were just a distant utopia. It’s now time to rebuild and meet new people. Finally, if everything goes well, you’ll experience the feeling of having overcome the breakup. You will be able to analyze the previous relationship objectively and learn from past mistakes.

Emotional tourism develops in those who don’t complete this grieving process, either out of fear or as a defense mechanism. They get stuck in another stage and deny themselves the opportunity to have positive relationships in the future. They choose to become desensitized and use relationships just as a way of passing the time.

Emotional tourists jump from one person to another, one place to another, one port to the next. They just drift around without any direction in their lives. They get carried along exploring new sensations and consider themselves to be true adventurers. Always seeking pleasure, joy and euphoria, but never feeling the need for commitment. They don’t feel any sort of responsibility towards the people they get together with.

We shouldn’t confuse these people with those who choose not to have a partner, preferring instead to be single. Emotional tourism is not the result of choosing to be single. It is more like emotional self-sabotage.

Emotional tourism plays games — unconsciously — against the wishes of the person. Even though they may want to start a stable relationship with a new partner, they can’t because they still haven’t come to terms with the pain of their previous break up.

They are unwittingly rooted in the past. That’s why they prefer to go from island to island, without stopping on any shore to reflect on things. Even if they happen to find the paradise they were yearning for, they won’t allow love to take over their hearts. They simply let the person go and continue travelling the world.

If you talk to them, they will probably try to get you to follow their philosophy. “It’s better be sorry for what you have done than what you haven’t done”. “Go on. Take a risk. If you don’t you’ll never know what could have happened.” Emotional tourists often prefer a “see you later” to a goodbye. They give the impression that they could come back at any time. But you know they never will.

Their love is intermittent. Here today and gone tomorrow. The emotional tourist comes and goes. Their daily lives are controlled and ruled by instability, debauchery and selfishness. Those who meet on the other side of the port end up not expecting anything from them.

This behavior can be psychologically dangerous. It’s a way of “living in the moment” that can become addictive and create dependency. Even more so if they take emotional tourism as their way of life. Living their lives constantly on a tightrope generates an insecurity that can become pathological.

Emotional tourists enjoy making new friendships and having sporadic relationships just as much as letting them go or breaking them. It makes them desperate and motivates them at the same time and in equal measure. Rarely are their relationships productive or fruitful. They prefer to enjoy the trip rather than stop in any one place for a long period of time. Their lives are based on the here and now.

If it is temporary, it helps me learn

However, having said all this, sometimes it is a good idea to escape from routine and see the world. Many people, after getting back on their feet after a particularly damaging long-term relationship, decide it’s time to roam new pastures.

They may well decide to start “emotional tourism”, totally aware that they are doing it to try to get rid of their pain. They are free to travel, get lost and then find themselves again without hurting the people around them. This way of doing things, especially for very emotional people, usually serves as an enriching learning experience and a way of building their lives again.

How to help the emotional tourist

Normally, emotional tourists aren’t aware of how much emotional exhaustion they’re suffering from. If they decide to listen to you, it’s a good idea to advise them to go to a psychologist or psychotherapist. Only a specialist in relationships can help them make the necessary adjustments in order to normalize their lives.

In these cases, it’s not about changing convictions or values. It’s more about helping them redirect their lives and break the shell that has become an ingrained self-defense mechanism to protect them from being hurt in love.

Emotional Withdrawal: Pain After a Breakup
Emotional withdrawal is very similar to the withdrawal addicts go through. It's a kind of neurochemical chaos we won't have an easy time getting out of. Read more »
Link copied!
Interesting Articles
Wellness
I Like "Accidental Friends" Who Come into Your Life Unexpectedly

Wellness
The Importance of Slimming Big Egos to Feed the Soul

In the territory of big egos, only pride grows. It understands the world from within, and sows unhappiness in any…

Bad moods are something quite natural for highly temperamental people. We all have bad times when it is difficult for…

Wellness
Psychologists Have Feelings Too

Psychologists always talk about the importance of accepting emotions as they are, observing them, and letting them flow. We invite…

If you're reading this letter it is because your sad days are winning. Maybe they've won. You may have lost hope,…