Emotional Dictators: Enemies of Our Wellbeing 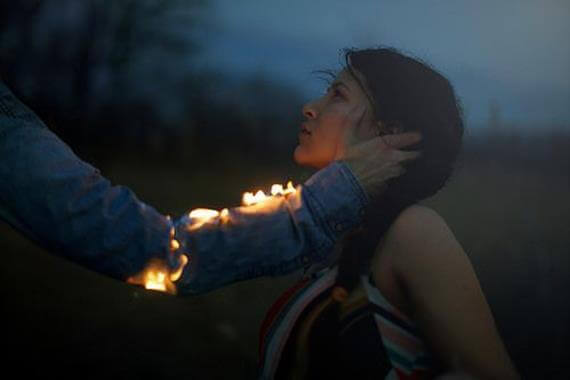 The key word of emotional dictators is “Me”. These people need to feel like they are totally in charge of every situation. When this doesn’t happen, they feel a great sense of frustration and intolerance. This personality is not hereditary. Instead, it is developed from social rules transmitted by one’s family and society.

Due to the characteristics of this personality, by definition these people are stable and consistent in their controlling tendencies. Authoritarian people tend to show this behavioral pattern with all people who are under their influence. For example, he who is dominant with their employees, will probably also be dominant with their partner and children. The same goes for any other people they perceive as vulnerable.

These people are easy to recognize because they say what they think without looking for the right words. They don’t care if they hurt other people, and they justify themselves by exalting their sincerity. Yet, this sincerity is in reality authority disguised as honesty. In fact, they don’t have much time for other people. They are much more interested in their own results.

Emotional dictators don’t allow other people to harshly punish mistakes made by others. If things aren’t done according to their will, they consider themselves victims of an offense. Self-deception and self-justification are the principal characteristics which maintain and form this type of personality.

“Each emotion has its place, but it must not interfere with taking the appropriate action”
-Susan Oakey Baker-

The emotions of emotional dictators

Dictators are despots. They give orders and expect them to be immediately fulfilled. An emotional dictator will take for a fact that his system is not only the best one, but is the only one with inner coherency. Usually, he has a strong personality and is a big controller of everybody else. He’s competitive in every aspect.

An emotional dictator adores compliments and small talk, especially if it’s about him and his qualities. He’s aggressive and fierce when he’s being antagonized. Also, he always tries to psychologically intimidate others. He understands that showing off his power is a way of having control, and it also serves as a warning.

With all these emotional “qualities”, it is not strange for him to end up irritating the people in his way, coercing them with his yelling, rage and arrogance. It is of vital importance that these other people develop their emotional intelligence. This way, the emotional dictators will be able to improve their capacity to feel, understand, control and modify their emotional states and understand the ones of others.

Among all of the emotional dictators, we can find several types. There are some with the objective of destroying others self-esteem, creating doubts and dwarfing others in order to feel superior themselves. Others use fear to terrorize and paralyze, with the goal of becoming powerful.

There are also those who use jealousy to strategically manipulate people in order to deprive them of theirs resources, criteria and emotional stability. They require nonstop explanations and demand confessions and apologies. Emotional dictators need to place guilt on others so that their frustration, rage or anger may have meaning.

These are people who don’t know how to empathize with others. Making an effort to try to understand others or to stand in somebody else’s shoes is really difficult for them. Emotional dictators usually focus on themselves and their own needs. Usually, they have very rigid expectations about others. They demand inflexible principles and norms that tend to give way to destructive criticism.

Identifying them is important for our emotional well-being, since interacting with them might cause various social, familiar or sentimental problems. If they are people close to us, we might recommend psychotherapy to them, in order for them to overcome the frustration, rage and anger that makes them act the way they do.

We now know a lot about what being a mother means. However, few probably take a very realistic approach to the crisis…

Wellness
Chronic Anxiety and its Link to Norepinephrine

You start the day saying that today it won't happen to you. Today will be a good day. And yet…

Wellness
3 Ways To Give Your Attitude A Positive Spin

We have the option to choose to live and enjoy an open, calm attitude towards emotions and to enjoy total well-being…

Wellness
May Our Wrinkles Be from Laughter

They say that wrinkles remind us of our smiles. Therefore, each fold of our skin is a reflection of an unexpected…