Emotional Buttons: How They Affect Your Relationships

How many times do you find yourself reacting too strongly to a negative comment? Knowing what your emotional buttons are and the consequences for pushing them is the subject of a research study that was conducted recently. 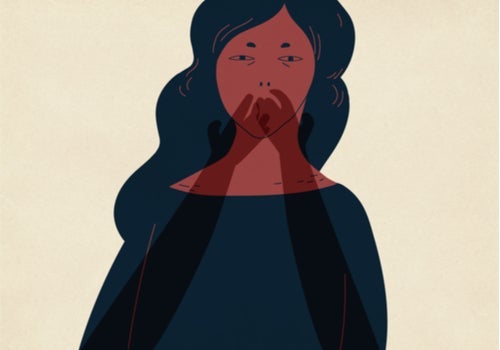 Today, we’re going to talk about the sensitive points that most people share. These “emotional buttons” will affect many aspects of your life. However, they can cause the most trouble in your interactions with others. They can make you a little more aggressive than you’d like. In some cases, they might even cause you to burst with rage.

These emotional buttons are more problematic for some people. Being aware of them and managing them is a good way to guarantee control over situations where you feel rejected. It can help when this rejection is real or when it’s imaginary.

People who are very sensitive to critical words and react too strongly to the opinions of others have the most sensitive emotional buttons. Psychological experts refer to people with this trait as being “sensitive to rejection”. These people come to expect that others won’t like them or that others will reject them.

A study that Long Island University conducted found that these people are certain that the most probable result of their interpersonal interactions will be rejection. That’s why they’re especially wary of signals that indicate rejection from others, which can occur at any time.

The act of voluntarily or involuntarily pushing the emotional buttons of these people almost immediately results in desperate and maladaptive responses. They may use avoidance behaviors, retaliate against the perceived aggression, or assume a general attitude of deliberate emotional distance.

As time goes on, and if they don’t take control of these emotional buttons, the person in question may avoid social relationships altogether. This happens even when they feel they need them. This is “unsolvable tension” that ends up creating a vicious cycle. What they fear will happen is exactly what ends up happening due to the conditions they create for it.

These people are afraid of interacting with others due to an irrational fear of rejection. Likewise, other people end up avoiding them due to their exaggerated responses.

If you can change some personal aspects, you can destroy the dynamic of fear of rejection and mutual avoidance. This is what Kevin Meehan’s research team tried to analyze in their study: how to change the dynamic and break the cycle.

The volunteers consisted of 228 undergraduate students who were provided with an application for their cell phones. The goal was for them to use this app to qualify the emotions they felt throughout the day. They could also use it to record other events that happened in their environment.

With the data obtained through this app, the team also established a basic blueprint and chose one of the students to continue the study. The volunteer had obtained high points in sensitivity to rejection. The team evaluated this student’s data.

It seemed that the high sensitivity presented by the subject had caused the development of a cognitive bias. This bias was against dominant people who the student interacted with. This also made the student behave in a hostile way toward them.

This caused the student to adopt certain measures to calibrate her exaggerated response to the pressing of her emotional buttons. Upon first analysis, it seemed that it was much easier for her to adopt a less assertive and warmer attitude toward people close to her than with strangers.

This study also predicts new and interesting developments for the behavior and emotions of highly sensitive people. New studies can continue to offer therapists relevant and useful information that they can apply to real problems.

Perhaps the most important aspect of this study is the confirmation that, many times, your own emotional buttons are a problem, as they create the situations you fear the most.

Emotions
The Affect Heuristic: What You Feel Is What You Are

The affect heuristic tells us that emotions determine a large part of your thoughts and, consequently, your decision-making. This is…

Emotions
Showing Interest in Others Can Change Your Life!