Emmy Noether: Biography of the Woman Who Revolutionized Physics

Many consider Emmy Noether to be the most important mathematician in history. She was an object of admiration by great scientists of her time , including Albert Einstein. However, Noether had to confront a system and a society unwilling to recognize a woman's accomplishments. 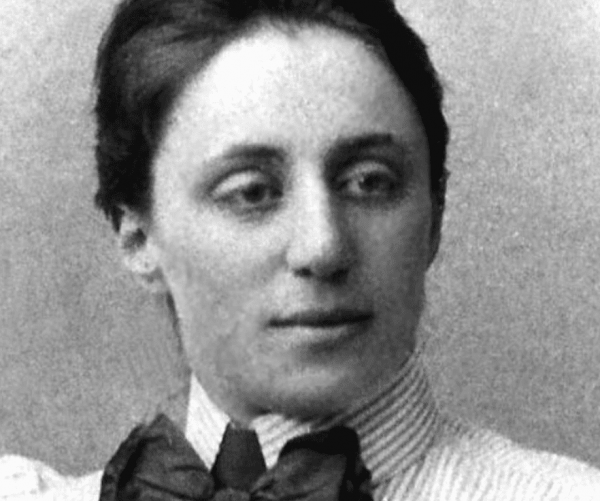 Emmy Noether was a genius who went beyond the level of many of her contemporaries but didn’t receive the recognition she deserved. Albert Einstein publicly expressed his admiration for her several times.

Famous physicists Leon M. Lederman and Christopher T. Hill said that her theorem was possibly at the same level as the Pythagoras theorem. For many of her colleagues and other men of science, she had a truly privileged intelligence to let loose on the world. For others, Emmy Noether was simply a woman, which invalidated her claim to any place of prestige.

“Pure mathematics is, in its way, the poetry of logical ideas.”

The works of Emmy Noether changed the panorama of physics and math completely. She is the mother of modern algebra, and some have said she’s the most important mathematician in history.

Emmy Noether and a family of mathematicians

It wasn’t strange at all for Emmy Noether to opt for a life of math at an early age. She was from a family that had produced notable scientists for at least three generations. However, none of them accomplished what she did.

Emmy Noether was born in Bavaria, Germany, on March 23, 1882. Her father, Max Noether, was a mathematician and a professor. He had suffered from polio at the age of 14. Though he mostly recuperated, he always had problems with one of his legs. Despite the fact that he was a man, he always firmly believed in equality for women.

Emmy’s mother was Amalia Kaufmann, the daughter of prosperous merchants. Like her husband, she possessed a very progressive mentality for her time. Emmy had three brothers, all younger than she. She was myopic and had a speech impediment called sigmatism, similar to a lisp. Despite this, it was clear that she possessed an impressive intelligence from a young age.

Emmy Noether received a great education and decided to study modern languages at one point. However, she began attending her father’s classes and decided that her real passion lied something else: mathematics.

The problem for Noether was that, during that time, women weren’t admitted into universities. The possibility of admitting women had been considered, but the discussion ended with a radical supposition: if they allowed women to enter, chaos would reign.

As a result, Emmy Noether had to settle with attending classes simply as an observer, and only when teachers gave her written permission. Despite these restrictions, in 1903, she passed the graduation exam.

Noether continued developing her work. In 1908, she began giving classes at the Institute of Mathematics of the University of Erlangen. The only condition was that she could receive a salary. Thanks to the help of her father, she accepted and stayed there until 1915.

In 1915, famous mathematician David Hilbert invited her to give classes at the University of Göttingen. One of the other professors protested, saying, “What will our soldiers think when they return to university and find themselves asked to learn at the feet of a woman?” Hilbert answered: “I don’t see why the sex of a candidate can be an argument against her admission as a professor. After all, we’re a university, not a bathroom”.

Despite her gifts and passion for mathematics, Noether met an infinity of obstacles. All of these obstacles were because of the leading beliefs about women’s inferiority.

It wasn’t easy to be a woman in a man’s world. In the field of science, the environment was downright violent. Despite this, Noether kept fighting for her real passion: mathematics.

Glory and the end

Step by step and year by year, Emmy Noether advanced in her work until she became one of the most important mathematicians in the world. For several years, she had to work without receiving a salary. This went on until 1923, when she became a kind of assistant for Hilbert and finally got paid for working.

With the arrival of Nazi power, Noether was stripped of her post and soon had to take refuge in the United States. In this country, she found an environment much more receptive to her ideas and the value of her work. Although it wasn’t exempt from chauvinism, it was nothing like her birth country.

Although Emmy Noether received several recognitions, it wasn’t until after her death that she was given real distinction. She died on April 14, 1935, in Pennsylvania, Philadelphia. Albert Einstein gave her a touching farewell message. Asteroid 7001 and a crater on the dark side of the moon now have her name.

Albert Einstein: Biography of a Revolutionary Genius
Albert Einstein turned to imaginary experiments to test his theories. He was the first to talk about the expansion of the universe and of its infinite past. Read more »