Electronic Devices Affect the Brain, But Do You Know How? 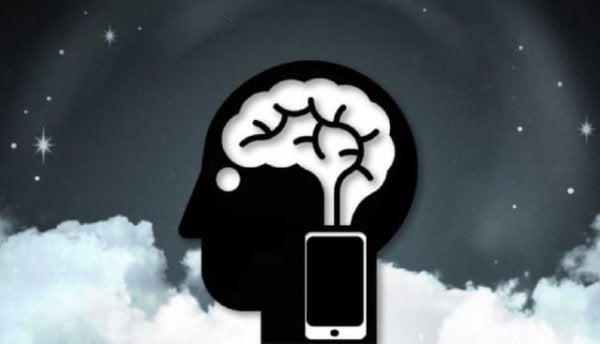 Electronic devices have become indispensable in modern day life. Technology as a whole comes with a lot of benefits and it’s become such a part of our routine that many of us would have a hard time imagining life without it. It saves time and makes almost everything easier. It also helps us do things better and keeps us from making mistakes.

A lot of these technologies are relatively new. Thus we’ve only just started studying their effects on human beings. Although there are already some conclusions about it, the fact is that we still haven’t figured out exactly how they might affect our health, and if there’s any chance these devices make significant changes to our brain.

“Life is not a technology, or a science. Life as an art, you have to feel it. It’s like walking on a tightrope.”

What we do know is that devices have a big impact. In fact, the general recommendation is to avoid overexposure to electronic devices. This means not keeping them very close for too long. It also means occasionally disconnecting from them and paying attention for any symptoms in case you start to see health problems that have no other apparent cause.

It’s a proven fact that there is electromagnetic pollution. Electrical appliances and devices both create a magnetic field that, of course, has an effect on our brains. Let’s take for example two common devices: TV’s and computers.

There was an experiment done in 1987 in the Occupational Health Center in Lodz, Poland. They exposed a group of pregnant rats and a group of male rats to four hours a day in front of a TV one foot away.

The result in the females was that their offspring weighed less and were smaller than usual. The result in the men was a reduction in the weight of their testicles. In both there less sodium in the cerebral cortex and hypothalamus.

People have also done various studies on computers. One of them concluded that pregnant women who worked in front of a computer were more likely to have abortions. In general, people who work in front of a screen display these symptoms more often:

All of this happens because computers create a magnetic field with positive ions, and because screens make us blink less often. The ions move through the air and the user ends up receiving them. Devices can give a person vertigo, dizziness, nausea, etc.

The solution is to keep yourself at least a yard away from the device. This goes for TV’s as well as computers. And when it comes to buying them, you should always look for ones that have a TCO certification.

Devices and the social world

Social life is probably the part of our lives that’s changed the most because of electronic devices. The ways we meet up, interact, and create new relationships are all much different. And it’s constantly changing. Nearly every year there’s a new app or a function that revolutionizes our daily communication.

One of the most noticeable aspects of these new forms of communication is that they very easily intrude. Any time, any place. It doesn’t matter where you are or what time it is. There’s always the possibility of getting a text, call, or email, no matter how unimportant it is.

In fact, one rule of our world today says we have to pay attention to a lot of stimuli all at the same time. It’s common for one thing to be interrupted multiple times by messages. Then you restart whatever you were doing.

That’s when we get a particular kind of exhaustion. We pay a price when we tear our attention from one task and put it onto another and then go back and focus on what we were doing before.

In the same way, the brain now has to be on the alert for any blinking light, any ding, any vibration. It interprets all these signs — at first — as a threat or emergency. Sure, you won’t die of fright when you see them. But it means your alarm systems perk up and and a small alarm goes off inside you. This very quickly turns into an added dose of stress in your life.

Smartphones – Do They Make Us Stupid?
Technology, and smartphones in particular, makes life easier and more pleasant. We can access more information, do more things in less time, and communicate with more people. But that doesn't necessarily make us more productive or intelligent. Read more »
Link copied!
Interesting Articles
Psychology
Self-Esteem: The Dance of Self-Love

Psychology
Fall in love with yourself

Fall in love with yourself. Treat yourself with love, value your achievements and recognize that you know how to do things well. Take care of yourself, and above all, do…

Psychology
The 5 Most Common Problems in Adolescence

Educational Psychology
The Value of Persistence - Instill it in Children

Psychology
Educating Well: A Task as Beautiful as It Is Difficult

Educating well is a task as difficult as it is beautiful. What we do with our children determines the shape their…