Learn all about the Einstellung effect in this article. 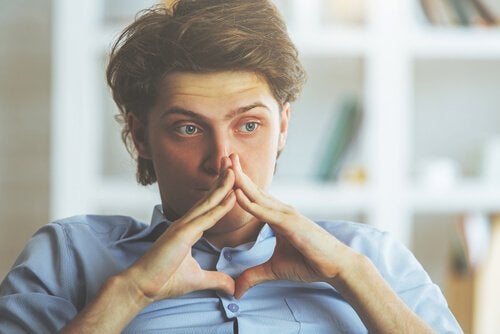 Sometimes, your mind plays bad tricks on you. It takes a lot of effort to be objective and see the truth in things even if they’re taking place right in front of you. Instead, we often allow our biases or preconceived ideas to drag us along. There are many ways in which you might be sabotaging yourself mentally. Today, we’re going to be talking about one such bias called the Einstellung effect.

This cognitive bias is when your previous beliefs affect the way you interpret new events. This effect doesn’t allow you to see things as they really are. Instead, you trick yourself even when observing reality unfold. Thus, it can keep you from solving your problems effectively.

In this article, we talk about the Einstellung effect and situations when it manifests. With this knowledge, it’ll be easier for you to avoid letting it affect your life.

What causes the Einstellung effect?

Your mind doesn’t work with reality. Instead, it works with what it perceives and the way in which you interpret these perceptions. Your brain interprets information with the senses. The way in which you observe the world is conditioned by your beliefs and previous experiences.

Thus, you associate any situation with similar previous experiences. This allows you to interpret any situation more easily. This might be due to your memory. However, it could also be shaped by your way of thinking.

The effects of these interpretations are powerful. So powerful, in fact, that you’ll never hear two exact same stories about the same event. Actually, it might even be easier to find two people who stubbornly affirm radically different accounts of the same situation.

The Einstellung effect may keep you from behaving appropriately in a situation. When you encounter a problem, this cognitive bias will make you respond in the same way you always have under similar circumstances. The problem is that this response is often not the best.

Inertia-motivated behavior tends to yield poor results. When you’re in a difficult situation, it’s beneficial for you to stop and think. That may reveal the best path for you to take. That’s why it’s important to know when the Einstellung effect manifests. That’s the only way you’ll be on the lookout for it and not allow it to take control of your actions.

When does the Einstellung effect manifest?

In the following section, we’ll give you a brief list of the situations in which the Einstellung effect manifests.

The way in which you relate to others is oftentimes determined by your early experiences. According to studies on the topic, you develop a certain way of acting in social situations.

In this area, the Einstellung effect makes you respond to other people in familiar, but possibly undesirable, ways. If you’re not exactly an expert in social interactions, you should be careful. It’s probably best to consciously choose the way in which you want to act around others.

If you do choose your own way of behaving, you might, for example, treat people assertively rather than aggressively. This would improve your well-being as well as how other people perceive you.

When you start a new job, you go through a learning stage. During this time, you probably won’t be very confident in your performance. That’s why you’ll probably try to figure out the best way to fulfill your responsibilities. However, once you get comfortable in your position, you don’t bother to innovate that much.

But what if there’s a better way to do your job? And what if you can save time and effort by just thinking about the way you do things? The Einstellung effect blocks that reality. However, you should be aware that there’s always space for improvement, even in the most mundane tasks.

When you have some time to yourself, you may tend to act out of habit. Instead of choosing a stimulating activity, you let routine and tiredness direct your activities. So even though you might have been wanting to try a new hobby or find a new passion for years, you end up just camping out in front of your TV or computer.

Why do people act like this? The Einstellung effect is partially to blame. This cognitive bias doesn’t allow you to see that there are better alternatives. That’s why it’s important to stop and consciously think about what you want to do in your free time.

As you can see, the Einstellung effect is frequently responsible for you not being able to take full advantage of your time. As it stops you from looking for alternatives, it condemns you to make the same mistakes time and time again. The good news is that it’s relatively easy to fight. All you have to do is commit to being more conscious of what you choose to do.

Although it’s easier said than done, reaching this goal is possible with practice. If you believe that paying more attention to what you want in each moment can help, try to do it for a few weeks. You’ll be surprised at the changes you can bring about in your own life in a short period of time.

In-Group Bias: What’s it All About?
In-group bias arises from the study of the conflicts between different groups. This bias is considered a product of the conflict between groups. Read more »
Link copied!
Interesting Articles
Psychology
How Do People with an Intellectual Disability Grieve?

Self-esteem is a very important factor if you want to maintain your well being. What’s more, self-esteem will be vital…

We commonly call "the voice of conscience" that part of ourselves that acts as a moral guardian of what we think,…